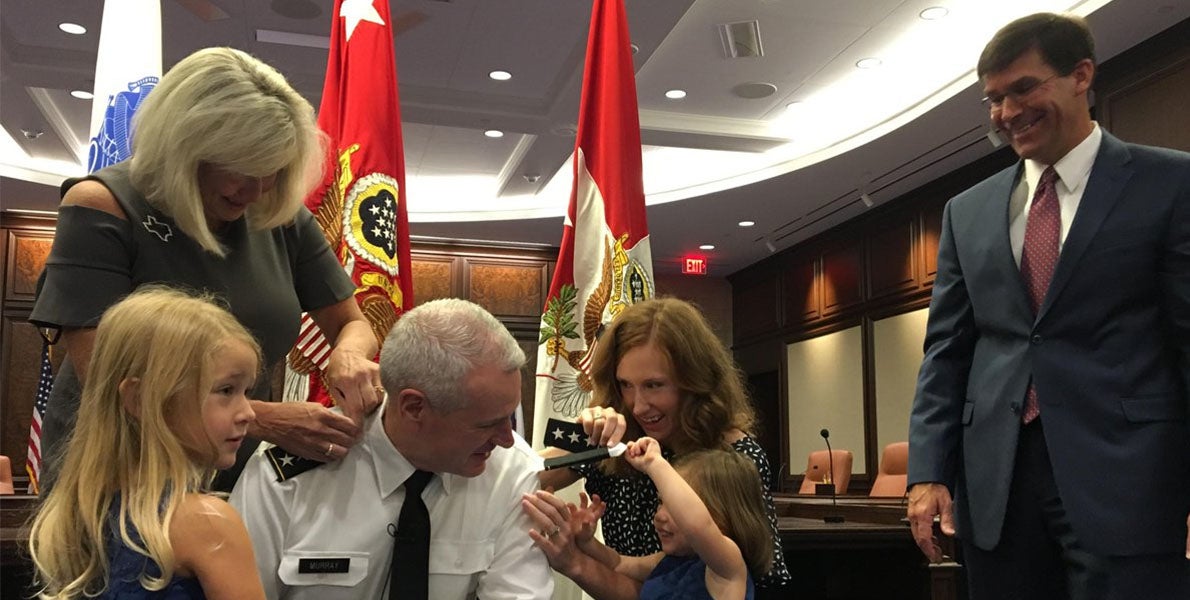 The Army formally activated its Futures Command on Aug. 24 in Austin, Texas, marking the biggest reorganization for the Army since the 1970s and launching an effort aimed at integrating the process of putting new technology, weapons and equipment into the hands of warfighters.

The command is expected to be fully operational within a year, but Army leaders hope results will appear much faster.

Army Secretary Mark T. Esper described the command as a “bold step” in reorganizing the acquisition system to prepare for future combat.

“Army Futures Command represents our commitment to modernize the Army to ensure we are prepared to fight and win every future conflict,” Esper said. “This is a historic day for our Army.”

The command represents a rare partnership between the Army, industry, innovators and academia, Esper said, building an environment for quick solutions. “We are bringing the Army’s entire modernization enterprise under one roof,” he said.

The new command is headed by Gen. John M. Murray, who pinned on his fourth star in a ceremony presided over by Army Chief of Staff Gen. Mark A. Milley earlier in the day.

A reception hosted by the Association of the U.S. Army and its Texas Capital Area Chapter followed the activation ceremony.