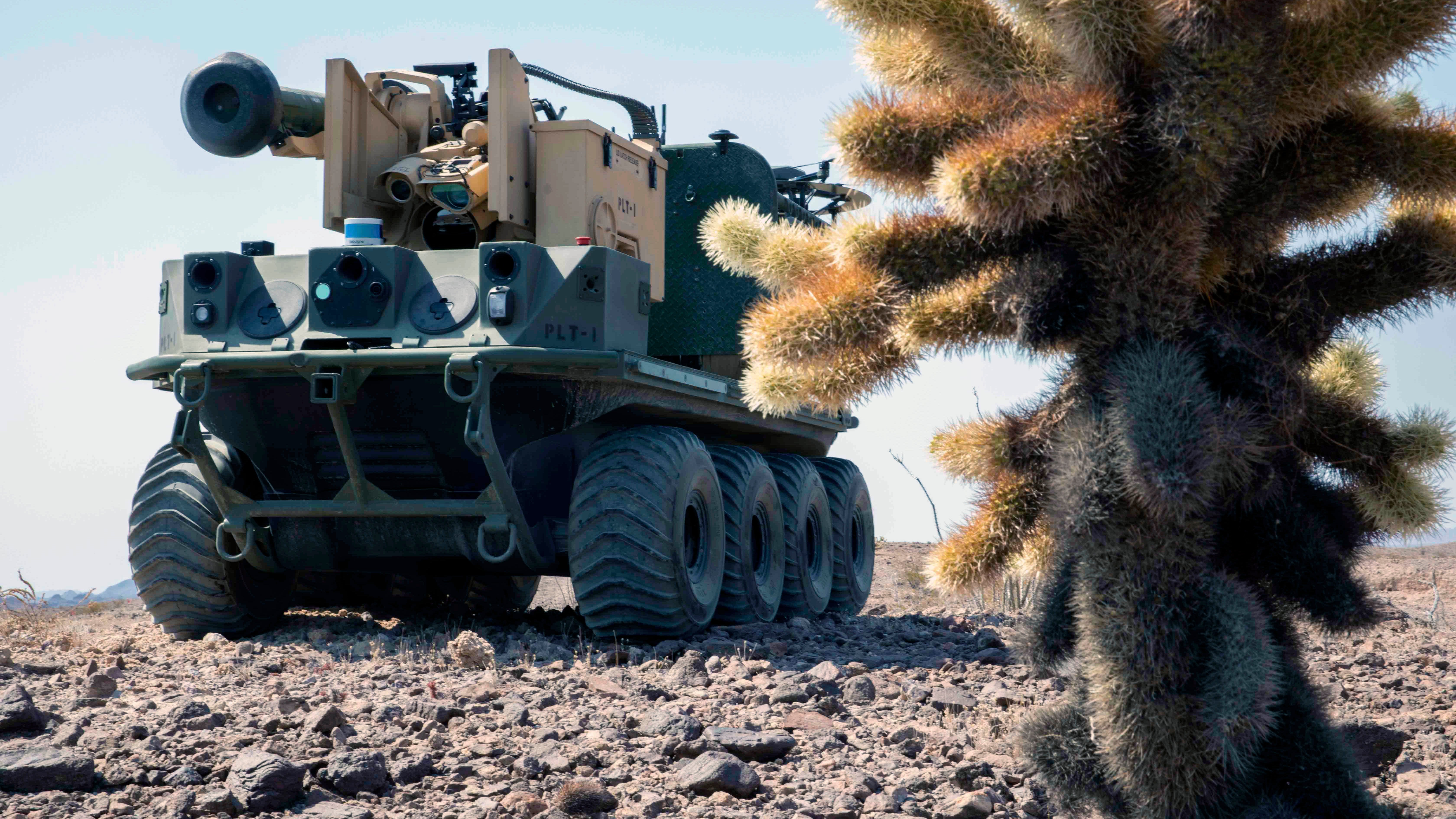 To win on the future battlefield, the Army must be faster than its adversaries and better at harnessing emerging capabilities such as artificial intelligence, autonomy and robotics, senior leaders said as they wrapped up a new exercise as part of the Project Convergence initiative.

Taking place over six weeks at Yuma Proving Ground, Arizona, the exercise is designed to be an annual event putting the Army’s Multi-Domain Operations concept into action and showcasing some of its ongoing modernization efforts.

It also allows the Army to test new equipment—including some that are still in development and were brought to Yuma straight from the lab.

“Over the past three years, the Army has been undergoing a major transformation to our institution,” Army Secretary Ryan McCarthy said Sept. 23 after observing a demonstration capping off the exercise. “To be able to bring these elements to bear and put it in the form of a real experiment is really remarkable.”

The Army learned a lot from this first iteration of Project Convergence, but “it’s going to take time,” McCarthy said, and the service will build on the exercise in 2021 and 2022.

One of the most striking things he saw was how quickly commanders could call for fire, McCarthy said. “We did see a genuine improvement in speed, and speed will be a key factor in combat for the conflicts we’ll face in the future,” he said.

Brig. Gen. Ross Coffman, director of the Next-Generation Combat Vehicle Cross-Functional Team, who helped lead the exercise, echoed McCarthy’s comments. “The bullets flying through the air and exploding is interesting, but that’s not what’s compelling about Project Convergence. It’s everything that happens before the lanyard is pulled or before the trigger is pulled,” he said.

“We didn’t come out here for a precision fires exercise. What we came here to do was increase the speed between seeing the target and sending the information to the impactor,” Coffman said.

Some unmanned capabilities and artificial intelligence were also tested, Coffman said. Ground robots were paired with small unmanned aerial vehicles to digitally map the terrain for the exercising force, and the Army used AI to conduct ground reconnaissance and help with target recognition, he said.

The goal is to “ensure in the future we’ll be able to see first, understand first, decide first and act first, which I think will be a decisive advantage on the future battlefield,” Gen. Mike Murray, commander of Army Futures Command, has said.

The ability to do that will be critical, according to the Army, as the military expects the speed, scale and complexity of the fight to increase over time, particularly with the addition of technologies such as robotics, autonomy and artificial intelligence.

Project Convergence not only helps the Army exercise some new technology, but also learn and adapt “how we fight and how we organize ourselves for that future fight,” Murray said.

The Army is seeking transformational change, not incremental improvements, Army Chief of Staff Gen. James McConville said. “We’re going to need this for the next 40 years,” he said, adding that “it’s not only the equipment, but how we use them.”