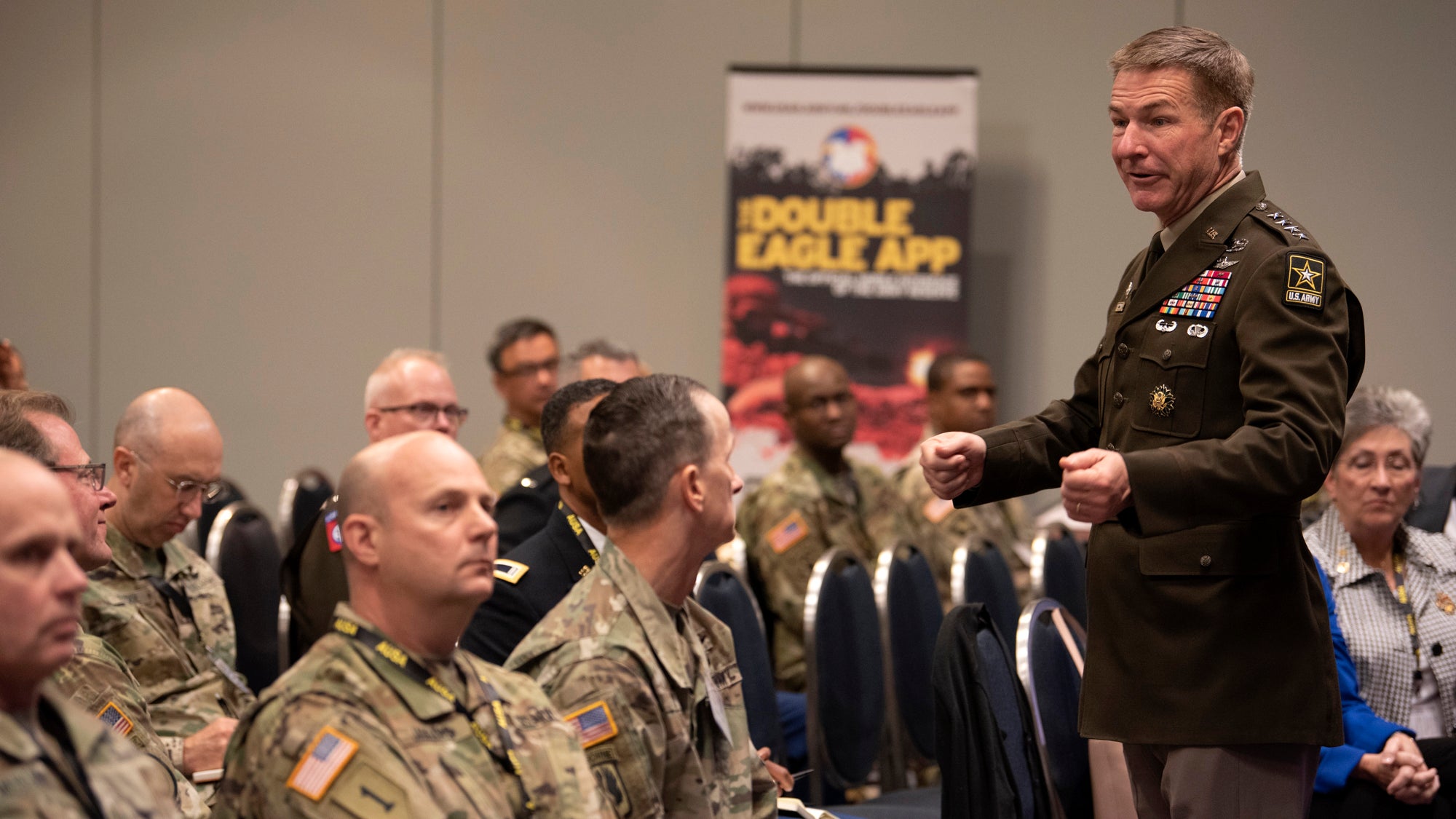 With widespread support among senior leaders, the time is right to overhaul the Army’s personnel management system, but the effort could be imperiled by an ingrained, unspoken culture that influences the way people get promotions and jobs, a military strategist said.

In remarks during “Army Talent Management in 2028,” a panel discussion at the Association of the U.S. Army’s Annual Meeting and Exposition, Leonard Wong, a research professor of military strategy at the U.S. Army War College Strategic Studies Institute, listed a host of factors that have aligned in favor of reform.

There is support from Congress to modernize the 38-year-old personnel system; the National Defense Strategy outlines the need for a broad revision of talent management in the armed forces; Defense Secretary Mark Esper, when he was Army secretary said it was his highest priority; and new Army Chief of Staff Gen. James McConville, the Army’s former chief of personnel, has picked up the talent management baton as one of his own top priorities, Wong noted.

“Never has there been a time with greater potential for major transformational change in the officer career management system in the Army than today. The conditions have been set. So, what could possibly hinder this historic and profound occasion?” Wong questioned. The answer, he said, “is the Army culture.”

Wong pointed to “those discreet things that influence decision-making, that quietly affect our behavior that we never speak about, those norms and beliefs” as “cultural lines of defense” that could make change difficult.

Soldiers who are ahead in their careers would be asked to acknowledge that the system that chose them is somehow flawed and needs fixing. The Army has an “egalitarian nature” of wanting to give everyone something, and there could be skepticism among those who have been promised career advancement for odd assignments that haven’t panned out.

Finally, “the Army rests on the foundation that extolls the preeminence of the warfighter,” Wong said, “from lessons learned in pre-commissioning where order of merit is determined by PT results and platoon patrolling scores, to general officers bragging that they never served a day in the Pentagon. This key component of Army culture is often intimidating, but it’s often underestimated in realizing how often it pushes back against reform.”

Talent management will succeed only if reform is embraced, owned and promoted by uniformed senior leaders, Wong said, adding that the mantle of transformation that is the responsibility of civilian appointees “has to be shifted onto the shoulders of uniformed seniors.”