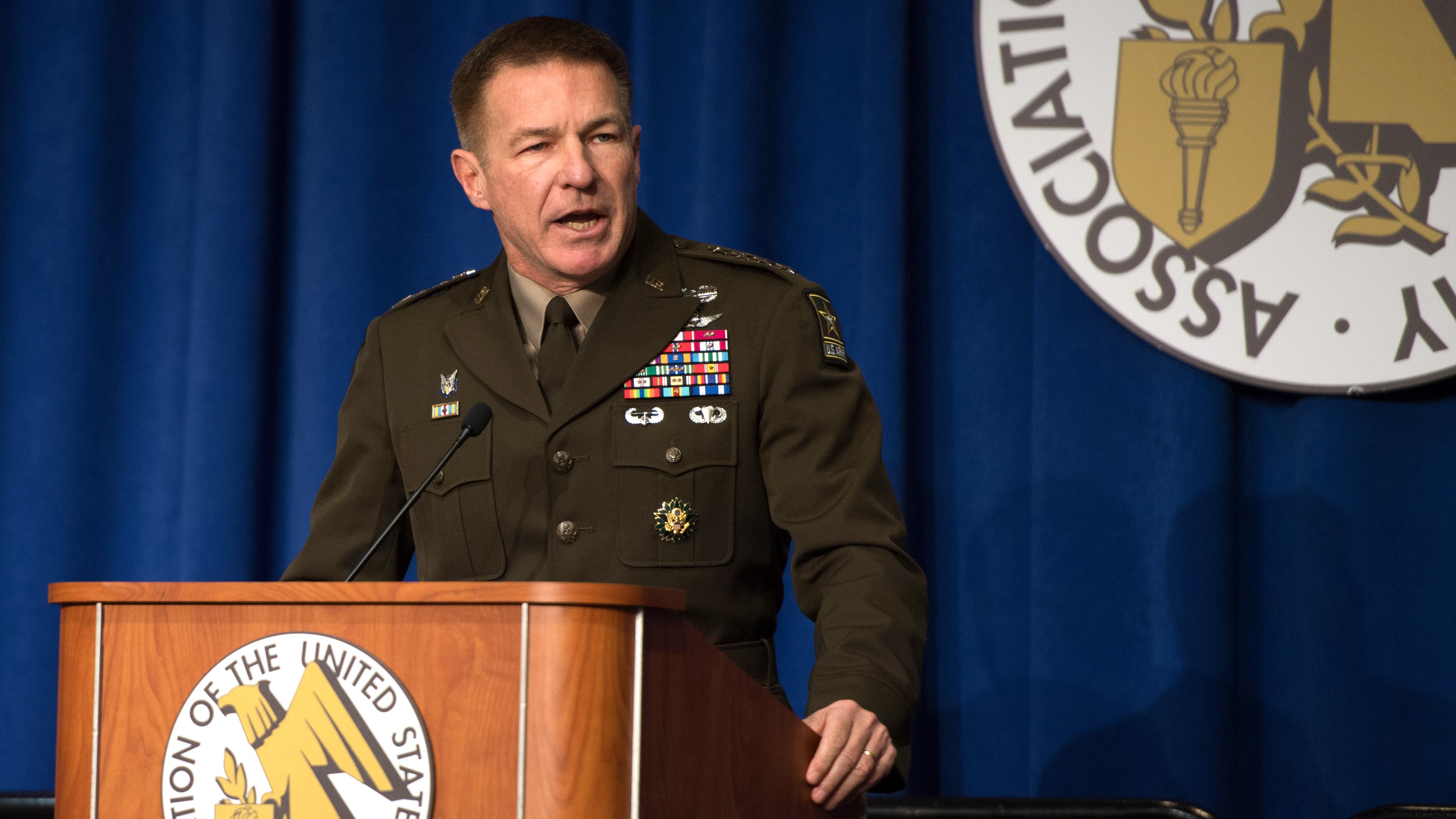 The Army’s modernization efforts remain as critical as ever in 2021 amid a high operations tempo and growing competition from adversaries such as Russia and China, the Army’s top general said.

This includes having the strength to deter conflict in the first place, McConville said, with a “strong and capable Army” and “ironclad relationships with strong and capable allies and partners throughout the world.”

Soldiers at home and overseas faced a series of challenges last year, from COVID-19 to overseas operations, McConville said. The Army managed to maintain a high level of readiness throughout those challenges and kept its modernization efforts on track, but “although our Army still maintains overmatch, it should not be taken for granted,” he said.

“In the face of determined adversaries and accelerating technological advances, we must transform today to meet tomorrow’s challenges,” McConville said. “We must continue to transform our doctrine, build new organizations, change how we train, develop and field new weapons systems and implement a 21st century talent management system so the Army has the right people in the right jobs at the right time.”

Right now, the Army is working to provide the joint force with capabilities such as mobile, long-range fires and forces that can move across a complex battlefield, he said. It is also preparing for Defender-Pacific 21, an upcoming exercise that will focus on the southwest Indo-Pacific region and include deploying a Multi-Domain Operations Task Force, drawing from Army pre-positioned stocks and exercising Army watercraft, McConville said.

Army leaders also continue to adjust forces in Europe and the Middle East to “ensure we have the right global force posture,” he said.

Ultimately, the Army is working toward a target or “aimpoint” of 2035, when the service will be “modernized and prepared to dominate our adversaries and sustain multidomain operations,” McConville said. It also has set a waypoint in 2028, when it will conduct a comprehensive reassessment of its assumptions of the future and adjust its investments accordingly, he said.

In addition to next-generation equipment and technology, the Army also is focused on people, McConville said. “We win by doing the right things the right way, and we win through our people,” he said, as he emphasized the importance of competing for talent and better managing and taking care of people.

He doesn’t anticipate, however, a large increase in the size of the Army, McConville said. Previous studies have called for an active Army force of 540,000 or 550,000 soldiers, but that is “not realistic,” McConville said, especially as defense budgets are expected to remain to remain flat or even decline.

“With the size of the Army we have, with maybe a small, modest growth, we can meet the nation’s needs as long as we’re allowed to modernize and keep the Army ready,” McConville said.