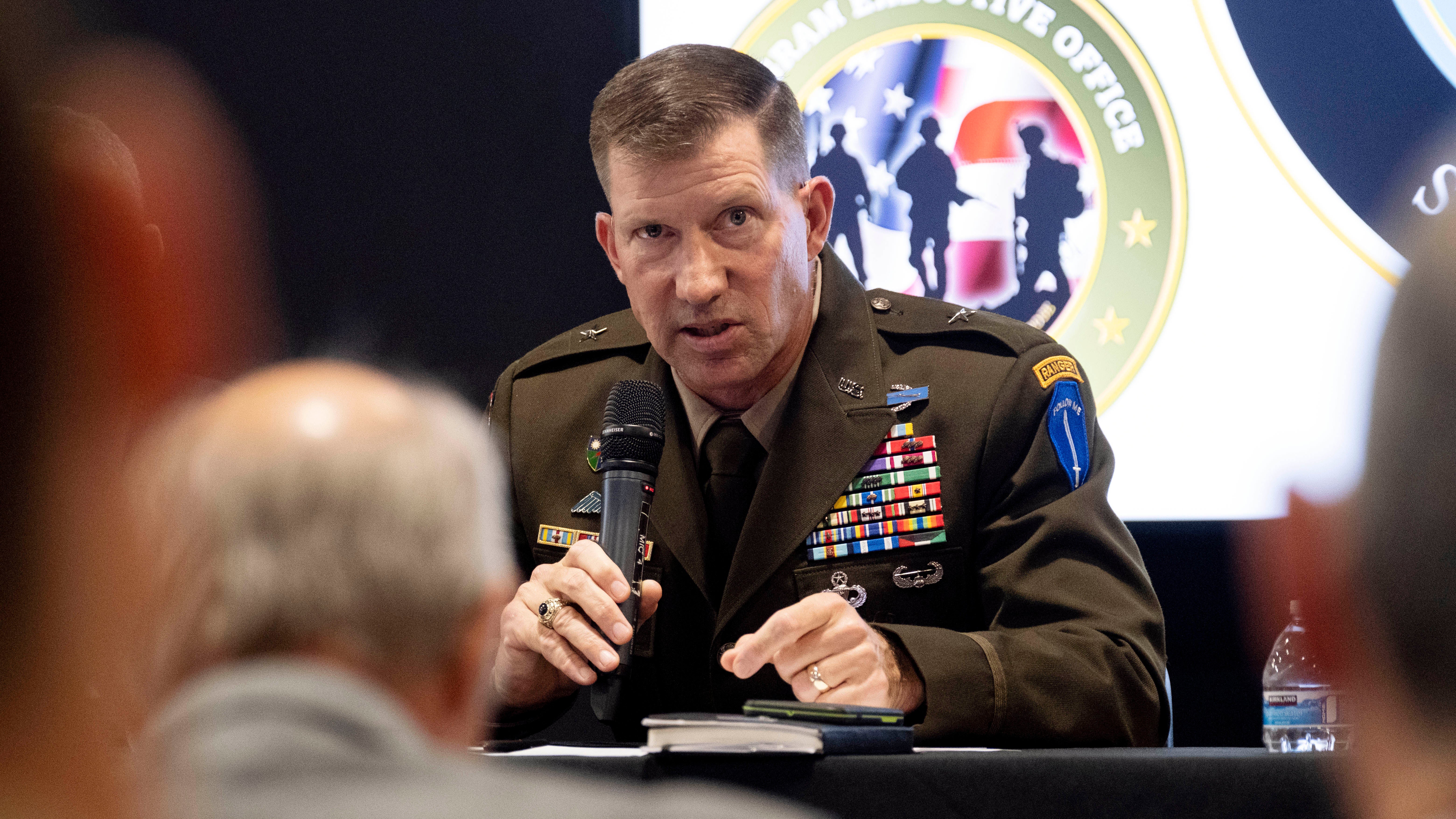 The Army is moving forward with its efforts to improve individual soldier weapons and equipment, a panel of experts said Oct. 15 at the Association of the U.S. Army.

“In fact, there were some aspects of last year’s AUSA where some would say that what we were pursuing was unachievable,” he said. “And I would tell you, those possibilities are on the [exhibit] floor here today.”

Hodne emphasized three keys to success: extensive teamwork between organizations across the Army; pace of delivery; and common-sense innovation.

“Among the things I’m particularly proud of, having been in infantry units for 28 years, is what we’re doing and the speed at which we are doing it to deliver capability to the soldier,” he said. “As the secretary of the Army mentioned yesterday in his opening comments, by the Army of 2028, the Soldier Lethality CFT capabilities we are pursuing right now will be very much part of that Army.”