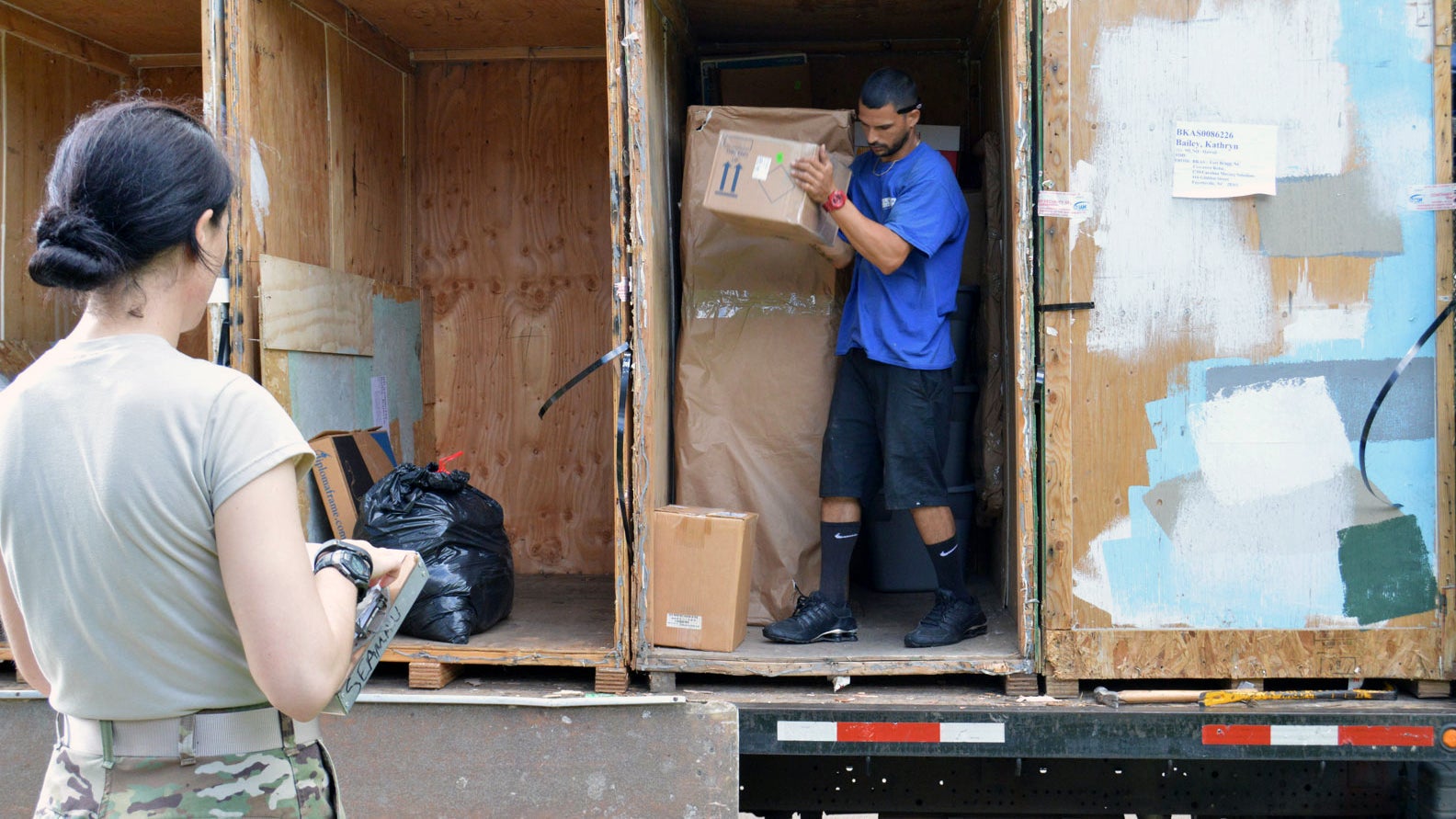 This year’s peak moving season showed some improvement in satisfaction from soldiers and their families, but the Army still has areas to work on, the commanding general of U.S. Transportation Command said.

“There were some indicators that there was some slight improvement in satisfaction,” Gen. Steve Lyons, the TRANSCOM commander, said during a roundtable with reporters Oct. 2. The marginal development is largely due to the focus of senior leadership on the issue, he said.

The military has been working to improve permanent change-of-station moves for troops and their families after a rash of complaints last summer about unexpected delays, loss or damage, and other issues. At the time, more than 100,000 people signed an online petition calling for the military to hold moving companies accountable.

Every year, the Defense Department moves more than 400,000 service members, DoD civilians and their families to assignments around the world, Lyons told the Senate Armed Services Committee earlier this year. About 40% of those moves happen between the peak season of May through August, he said.

To improve experiences, the services are trying to spread moves to off-peak seasons and issue PCS orders earlier to help service members plan ahead. While satisfaction among soldiers has gotten slightly better, TRANSCOM still needs to find a way to hold carriers accountable across the enterprise, Lyons said.

“Fundamentally, programmatically, we haven’t made any progress yet,” he said. “We need some time to do that.”

The issue has the attention of Army Chief of Staff Gen. James McConville, who lists PCS moves as one of his top five quality of life priorities.

“We’ve got to make sure [soldiers] have good health care, child care, that spouses have an opportunity for employment, and we’ve got to take care of the PCS moving challenges we have right now,” he said in August. “If we have a good quality of life for our families, they will stay with their soldiers.”