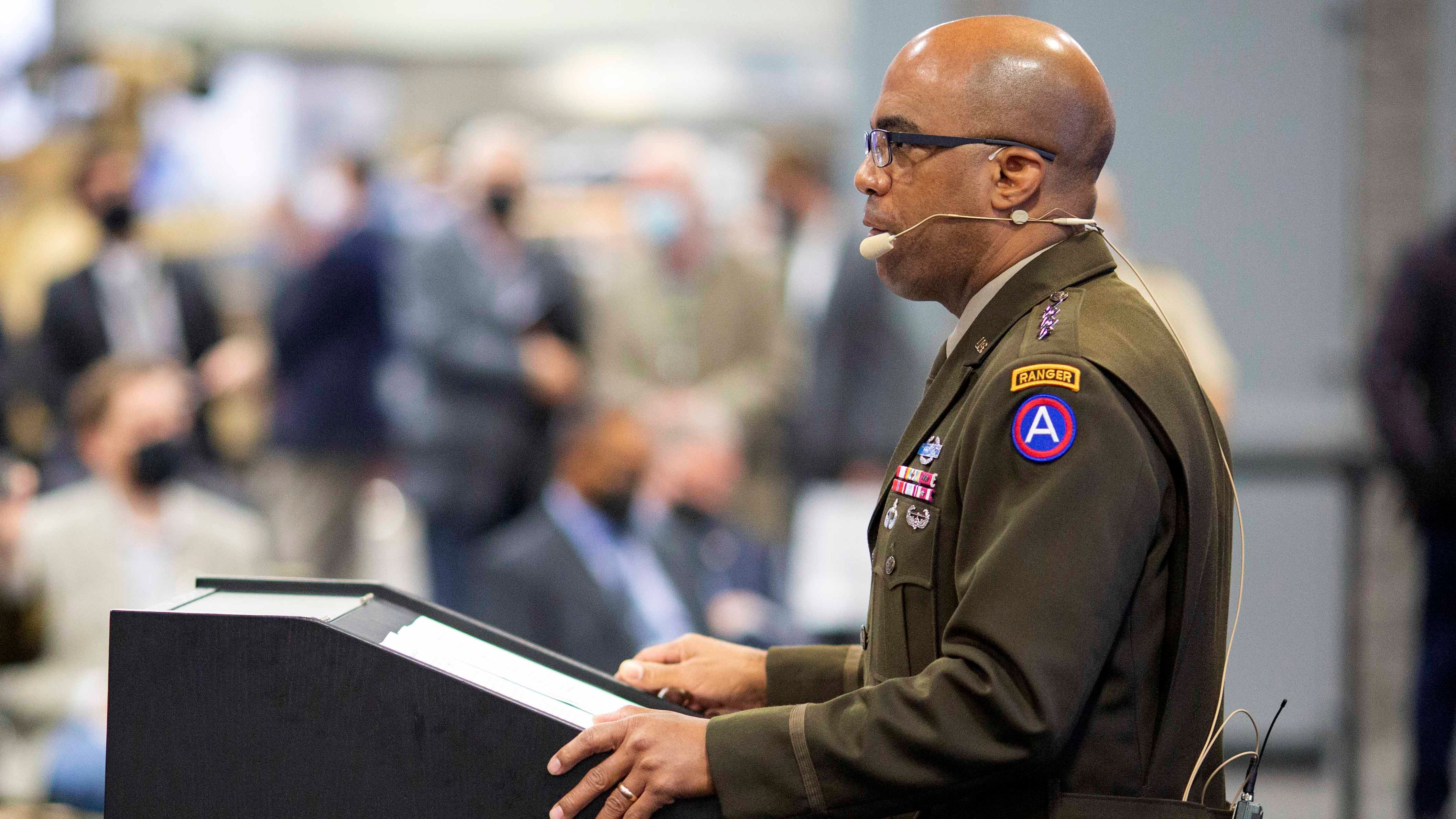 Army Central spans 21 countries and 4 million square miles in the Middle East, Central Asia and South Asia, and China’s interests in the region are “deep and enduring,” Clark said during a Warriors Corner presentation at the Association of the U.S. Army’s 2021 Annual Meeting and Exposition in Washington, D.C. Russia has been growing its presence in the region as well, he said.

“Our competitors are making moves that we must counter, and those moves are not being taken at random,” Clark said. “They’re meant to set conditions for future operations. China and Russia believe in practicing a hybrid form of warfare that will blur the lines between competition, crisis and conflict.”

Noting that “competition is a global issue,” he said that all of the Army’s theater commands “are wrestling with this problem,” since many of these actions will undoubtedly spill over to other regions.

Clark cautioned that America’s competitors “have the ability to disrupt coalition activities, should we choose to oppose their aggressive bottom line,” and outlined three priorities to position the command for the future.

Describing how tasks assigned to Army Central are based in doctrine as well as competition and deterrence theory, Clark emphasized the criticality of operating with joint partners during exercises such Bright Star, Eager Lion, Juniper Cobra, Inferno Creek, Iron Union and Steppe Eagle.

Clark also highlighted opportunities for both indirect and direct competition, as well as quantifying the command’s contributions to the recent noncombatant evacuation operations in Afghanistan.

“The Middle East is always going to be a hotbed for strategic competition, and we as the United States Army, specifically at ARCENT, have an obligation to remain ready, because we may not have the time to get ready,” he said. “Again, that readiness is focused on deterring our competitors in the region, and if deterrence fails, it’s our duty to be prepared to fight and win.”