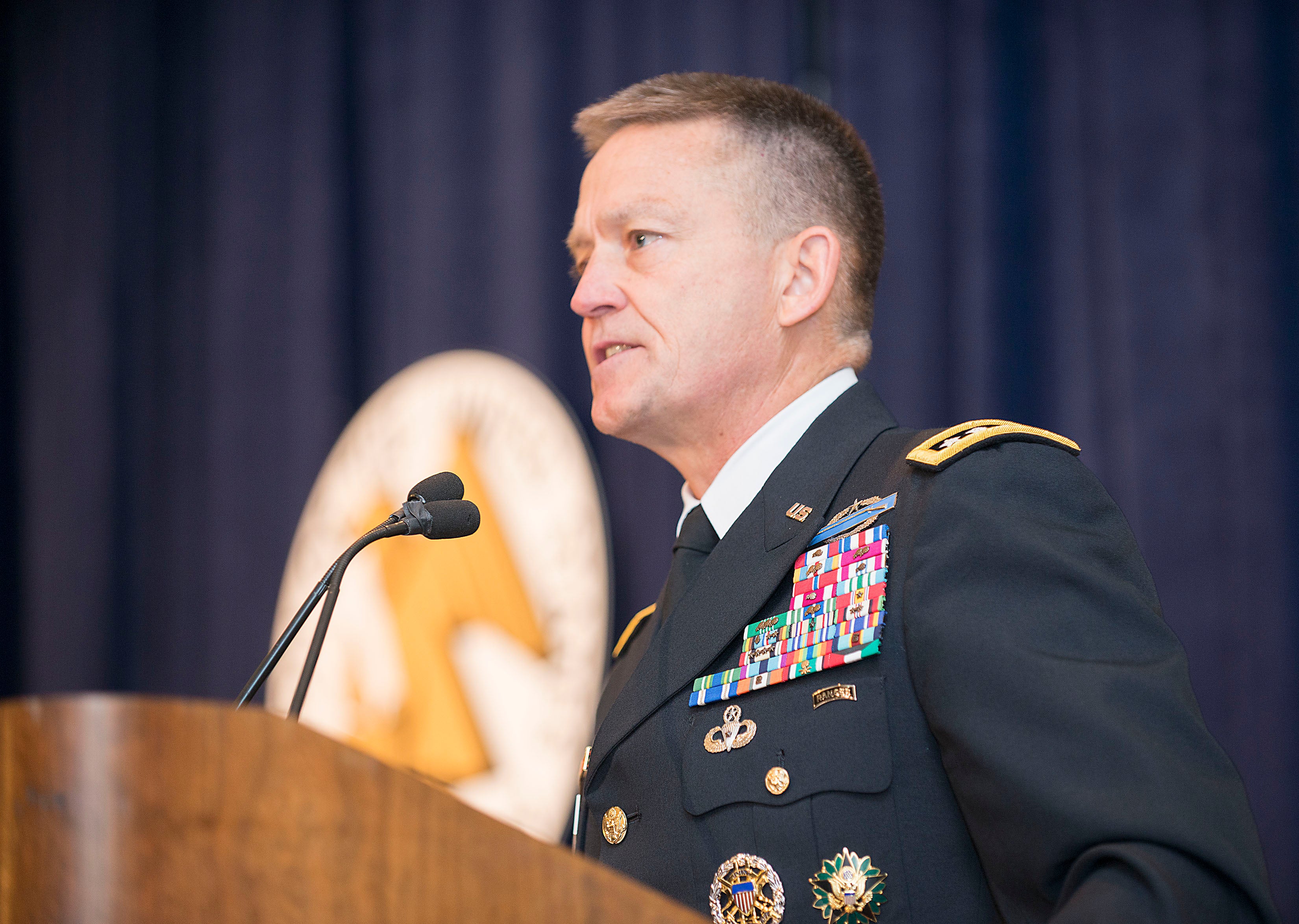 Like fighting fire with fire, the Army is preparing to face networked enemies with its own secure, robust, integrated and global network systems, Vice Chief of Staff Gen. Daniel B. Allyn said Thursday.Speaking at a professional development forum sponsored by the Association of the U.S. Army, Allyn said, “The Army operating concept recognizes that our Army will face networked enemies in the future—transnational terrorist networks and nation states, networked with guerilla and insurgent organizations, all leveraging physical and cyber networks to attack and degrade our systems. It will take a network to beat this network.”The U.S. Army’s operating concept calls for establishment of a worldwide network for land forces that will include the Army, Marine Corps, special operations forces and allies, and be capable of “shaping the security environment, preventing conflict and enabling us to win when required,” Allyn said.The forum, in Arlington, Va., included panel discussions about joint information environments and information technology development in the Army and in the private sector.“This is a challenging time for our nation and certainly for our Army,” Allyn said. “As we wind down from 13-plus years of war, we all hoped that the world environment would cooperate and stabilize. The reality is there is no peace.”“We live in a world where the velocity of instability is increasing, historically stable states are failing and information flows freely across the globe connecting like-minded criminals, and violent extremists who are intent on undermining our way of life,” Allyn said. “It is in this unstable and unpredictable world that our Army is called to lead.”