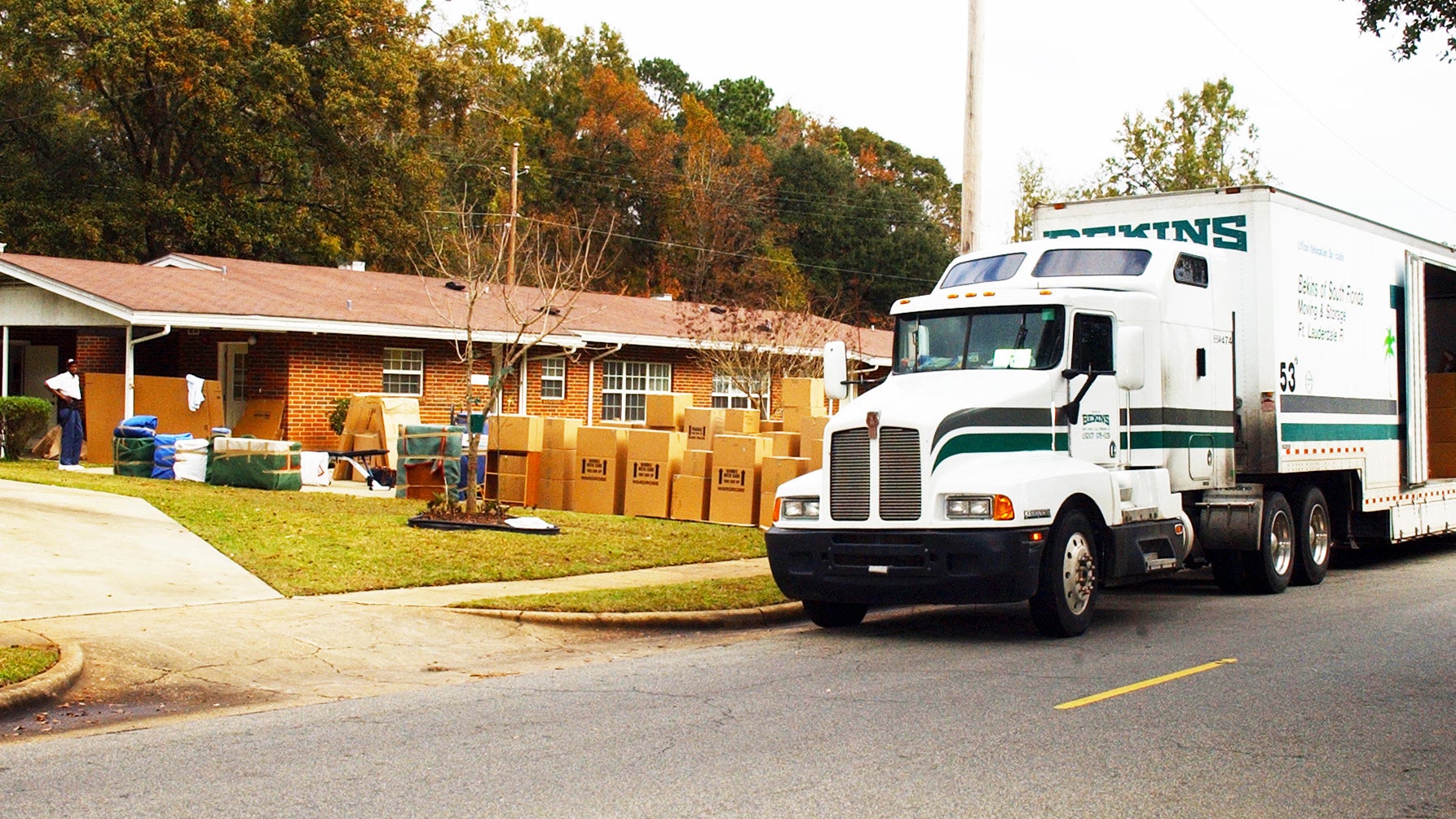 Officers and senior NCOs reporting to leadership schools at three Army installations this summer will be part of a pilot program that aims to “synchronize and integrate” the delivery of their household goods with their assigned living quarters, a senior Army leader said.

The plan being carried out by the U.S. Army Installation Command is part of an overarching initiative prioritized by Army Secretary Ryan McCarthy and Army Chief of Staff Gen. James McConville to improve the quality of life for soldiers and their families.

The pilot will involve the summer rotation of some 1,000 NCOs and officers and their families, Gen. Gus Perna, commander of the U.S. Army Materiel Command, said at a breakfast hosted by the Defense Writers Group, a program of George Washington University’s School of Media and Public Affairs’ Project for Media and National Security.

“We’re breaking some dishes. We’re changing our philosophy about bringing these future leaders of our Army in,” said Perna, whose command absorbed Army Installation Command a year ago and who has taken the lead on the Army’s housing and quality of life improvements.

NCOs attending the Sergeants Major Academy at Fort Bliss, Texas, majors attending Command and General Staff College at Fort Leavenworth, Kansas, and colonels reporting to the U.S. Army War College at Carlisle Barracks, Pennsylvania, will receive their orders 120 to 180 days out “so everybody knows where they’re going,” Perna said.

The students will be instructed not to report before a certain date to allow the installations to “synchronize and integrate” delivery of household goods and ensure houses are available, clean and with no outstanding work orders.

“The day they show up, they sign for a house, they already know their address, household goods show up right behind them, like in a movie—a car shows up and a truck shows up, families move in,” Perna said he envisioned.

“Our excuse was, it’s a thousand people, it’s too hard. We said, ‘Bull crap.’ We can figure this out, we’re the Army,” Perna said, adding, “If we can do that, why can’t we do it for the entire Army?”

The school rotation pilot is one of two such programs taking place under the Army’s quality of life improvement initiatives. The other is focused on the communities in and around Fort Polk, Louisiana, Fort Irwin, California, and Fort Wainwright, Alaska, austere locations where the Army trains its brigade combat teams.

Perna pointed out that 70% of the force at those installations live off-post, which lends itself to establishing partnerships with nearby communities “to enable what they’ll bring to us,” such as schools, movie theaters and other forms of entertainment.