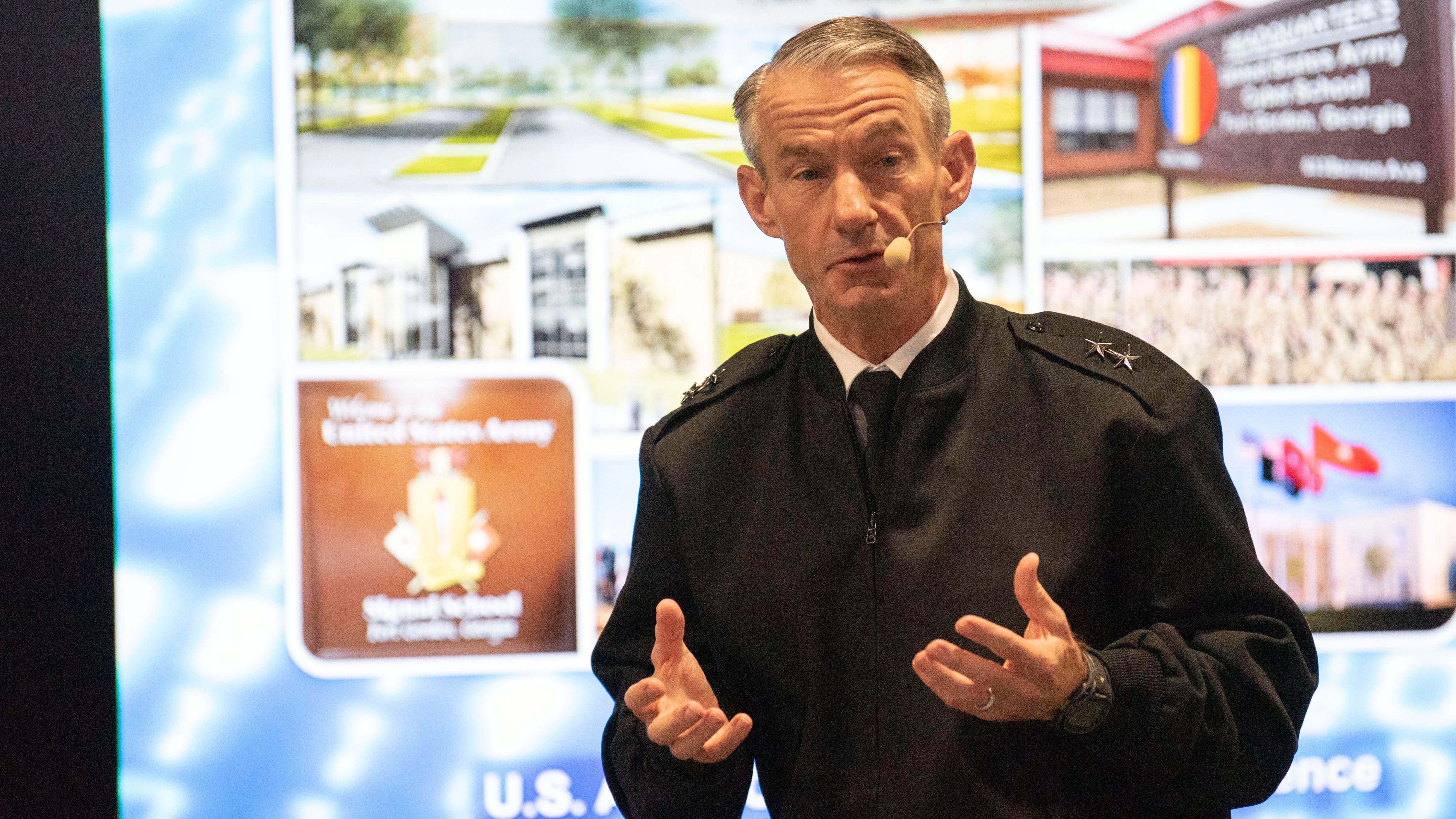 In recognition of the growing importance of cyber, electronic warfare and advanced communications, the Army is changing the way it assesses, trains and manages its cyber and signal personnel, said Maj. Gen. Neil Hersey, commanding general of the Army Cyber Center of Excellence.

Despite his title, Hersey noted that he runs both the cyber and signal schools and manages the cyber, electronic warfare and signal workforces. That combination is natural because “90% of what we do on the networks is done by the Signal Corps,” he said.

With the rapid changes in technology and growth in those fields, “we’ve started looking at what skills we need for the cyber and signal workforce,” Hersey said Oct. 15 during a Warriors Corner session at the Association of the U.S. Army’s Annual Meeting and Exposition.

Both branches are continuing to transform, and “we are looking for how we identify the talent we need, and effectively recruit the talent we need,” he said. Hersey noted that with the high demand for those skills, “it’s a challenge to bring them in and develop them. We need a development process that deliberately leverages the talents they have and develops them throughout their career.”

That career development process will be changed under a pilot program being run by Maj. Gen. J. P. McGee, director of the Army Talent Management Task Force. The talent management pilot program will test ways to give officers more flexibility in their careers and give the Army better ways to identify the unique talents and interests of its officers, he said.

McGee also noted that Congress has given the Army the authority to give direct commissions to individuals with needed skills, up to the rank of colonel. So far, he said, they have brought in seven individuals up to captain, and they need to speed up the process.

Col. Chris Eubank, commander of the Signal School, said they already are making major changes in how they train and manage signal soldiers, beginning with consolidating signal MOSs from 17 to seven. The goal is to develop “multi-discipline, multi-function folks,” he said. “We have to modernize the way we educate signals soldiers, because the way we do business has changed.”

The Army isn’t having trouble getting people who want to go cyber, but “we have to make sure we don’t have problems retaining them,” said Todd Boudreau, a retired Army officer who is now deputy commander of the Cyber School.

He added that the Army is doing a number of things to retain cyber personnel, including providing some substantial bonuses, but even with that, the Army cannot match what the private sector offers. So, they are looking at quality-of-life improvements, including finding ways to give cyber soldiers the type of work they want, he said.