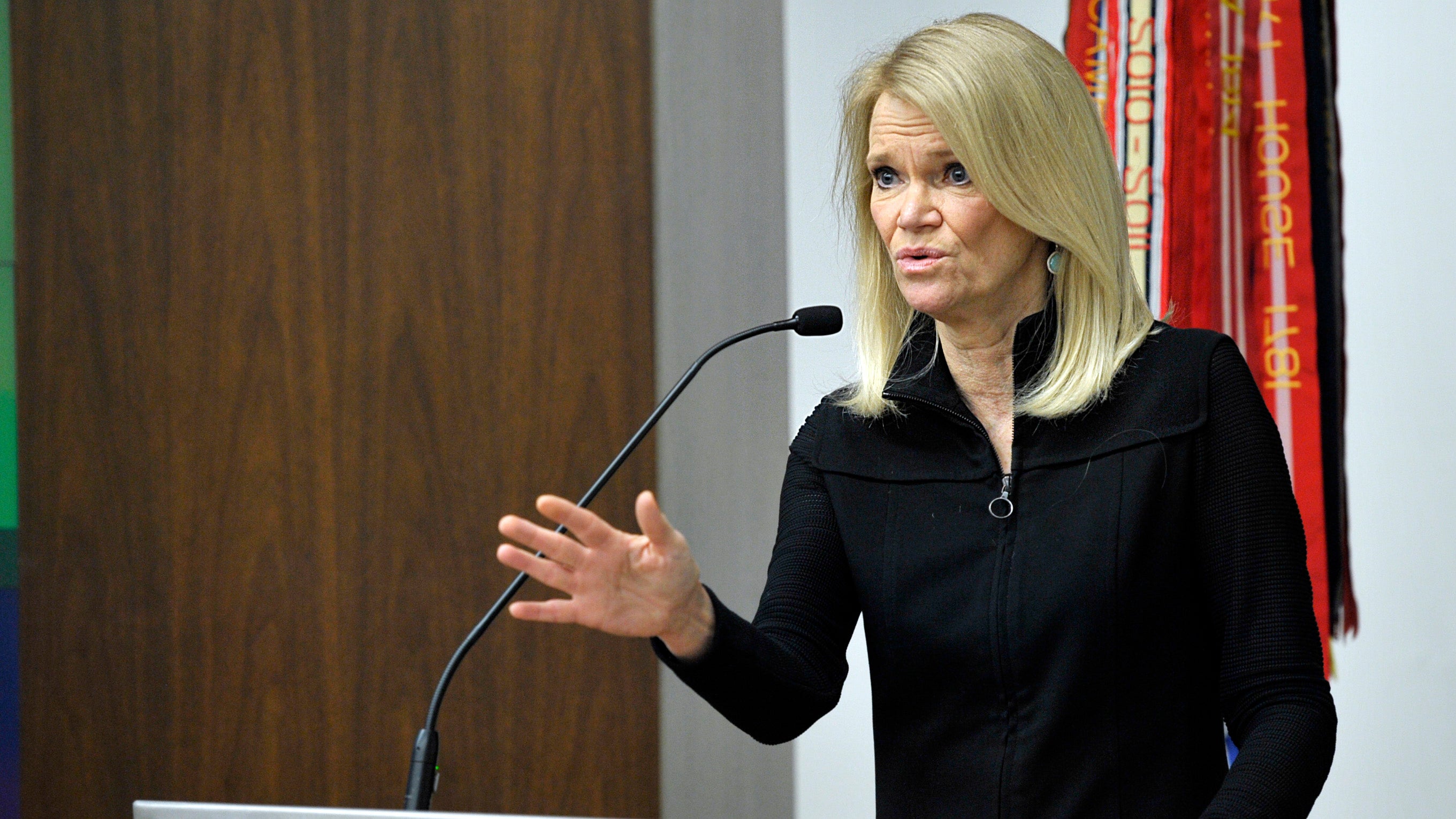 Broadcast journalist, war correspondent and author Martha Raddatz said the current TV series based on her bookThe Long Road Home: A Story of War and Family, would not have been possible without the Army’s “extraordinary” support.

First published in 2007, the book, and the eight-part miniseries now airing on the National Geographic Channel, offer a detailed and heart-wrenching account of 1st Cavalry Division soldiers who fought for their lives in April 2004 during an eight-hour battle in Baghdad’s Sadr City. Eight were killed and more than 70 wounded.

In remarks Nov. 15 at the Association of the U.S. Army as part of the Institute of Land Warfare’s Gen. Lyman L. Lemnitzer Lecture Series that features authors of books on military topics, Raddatz gave a behind-the scenes look at how the series came together and how it would not have been possible without the support of the Army and the inclusion of the soldiers’ families.

“I think it’s extraordinary the Army backed this project,” Raddatz said of the officials at Fort Hood, Texas, where the series was produced on a realistic set the size of three football fields. “This production and this story would not have been told without people opening the door and understanding that what some of us want to do is actually cover this and tell the American public what our service members do, what our families do who are backing up and supporting those service members.”

Raddatz, an Emmy Award-winning correspondent with ABC News, encouraged the audience to “make people listen” to their stories of war as a way of fighting the isolation of being in a military most of the country doesn’t understand.

In his closing remarks, retired Gen. Carter F. Ham, AUSA’s president and CEO, praised Raddatz as a “national treasure” who has “opened a window, a door, a vision that even some of us who have had the privilege of serving in uniform don’t always get.” He acknowledged the “multigenerational” crowd that attended the event, which included veterans from World War II, Korea, Vietnam, Iraq and Afghanistan, and ROTC cadets.