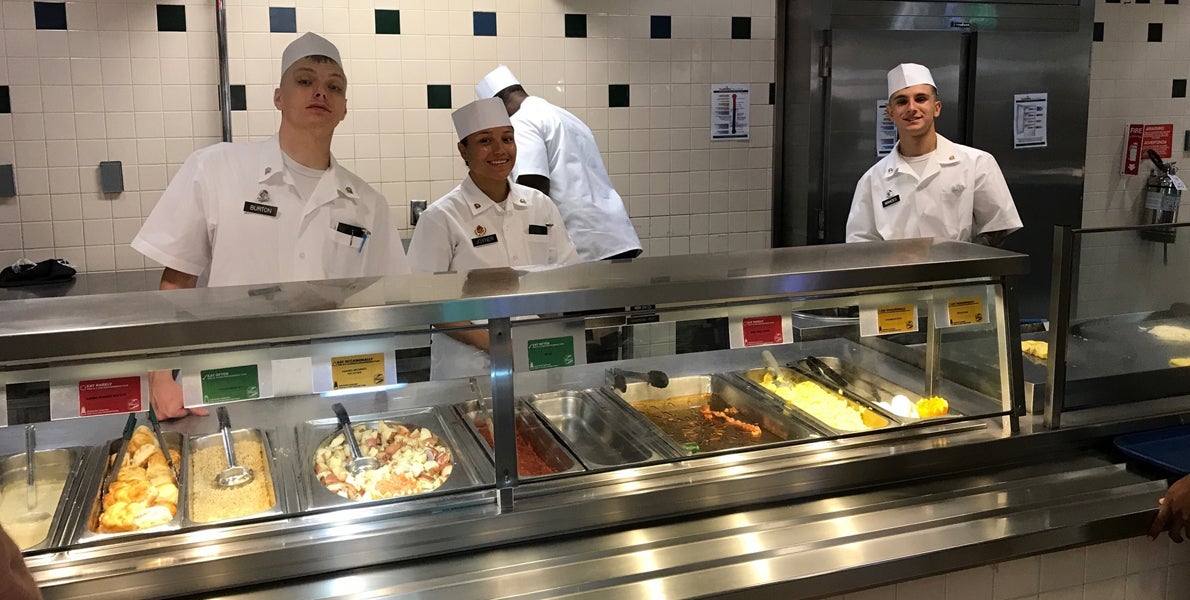 With 13 percent of soldiers considered clinically obese and one in 20 unable to pass the Army Physical Fitness Test on their first try, the Army is taking a new approach called Holistic Health and Fitness.

The idea is simple: Improve soldier performance. The program has several interconnected parts, but food is key. While the Army isn’t prohibiting soldiers from making bad food choices and isn’t completely shutting down sources of fatty fried foods on post, it is trying to make certain that healthy choices are right in front of soldiers’ eyes.

The program was discussed during the Army Medical Symposium and Exposition in San Antonio, with Michael McGurk, an Army expert in recruit training, calling it a “radical change, radical departure” from what the Army has been doing. The event was hosted by the Association of the U.S. Army’s Institute of Land Warfare.

“We have been recognizing that what we are doing has not been working,” said McGurk, the Army Center for Initial Military Training’s director of research and analysis.  Changes will take time, cost money and require people, he said.

This is not the first time the Army has launched a health and fitness campaign focused on physical and mental fitness, but this time the Army is putting an emphasis on food. In an early test project, healthy box breakfasts are being deployed to fitness centers where soldiers gather in the morning, vending machines must offer a set percentage of healthy options, dining facilities are required to offer vegan and vegetarian options, and post exchanges are encouraged to offer healthy food choices, Army officials said.

If this works, the program will be expanded, along with a rewrite of the Army field manual on physical fitness.