Allyn: Sequestration is ‘very real, near-term threat’ to the Army

Allyn: Sequestration is ‘very real, near-term threat’ to the Army 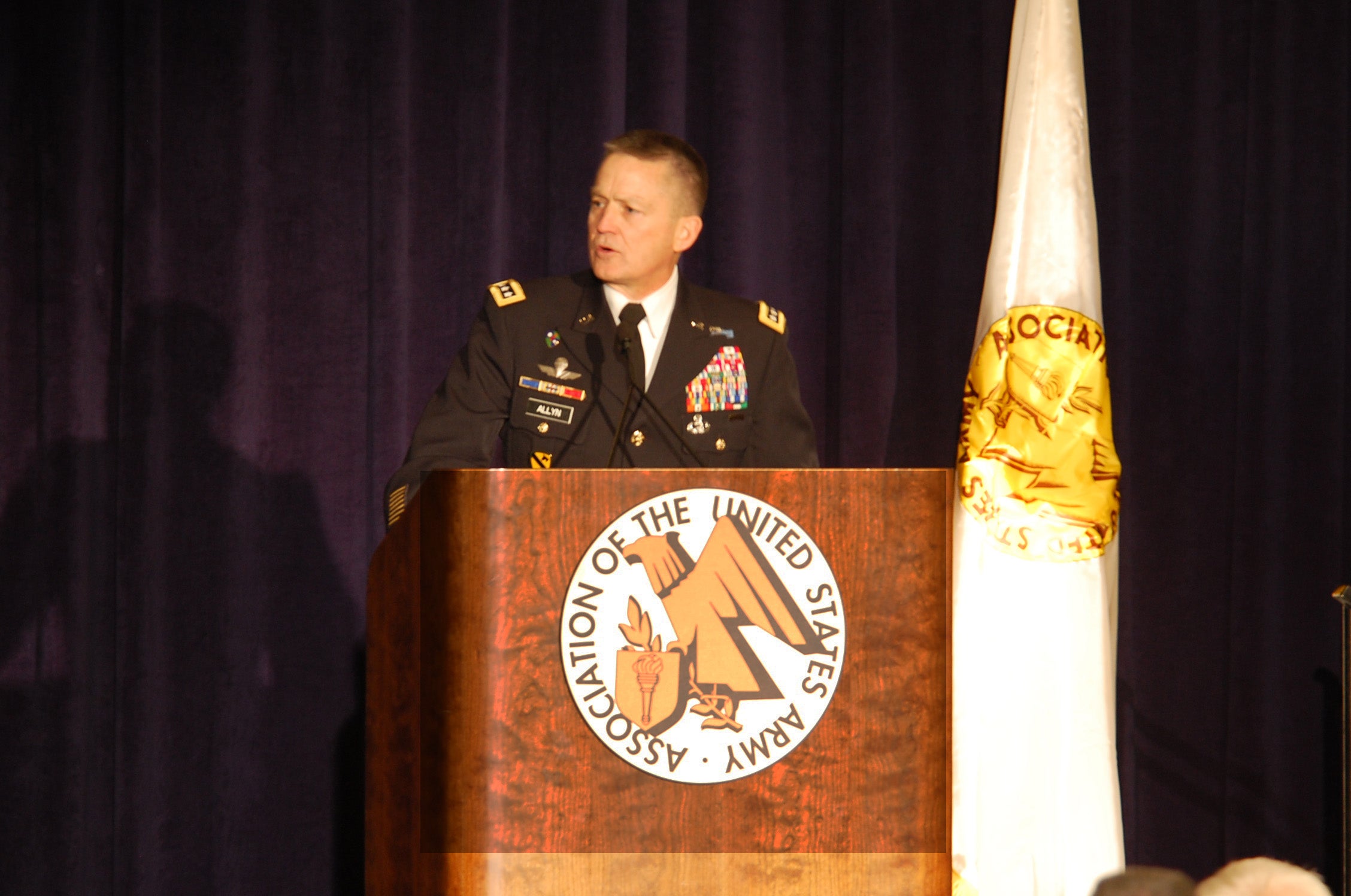 “We face a very real, near-term threat to our effectiveness as a force; a law called sequestration,” said Army Vice Chief of Staff Gen. Daniel B. Allyn, Jan. 29.Allyn spoke at the Association of the United States Army’s Aviation Hot Topic in Arlington, Va., to hundreds of attendees from the military and defense organizations keenly interested in Army aviation.Echoing the message of the Army chief of staff, Gen. Ray Odierno, at last week’s AUSA Institute of Land Warfare breakfast, Allyn said “We all hoped the world would cooperate and stabilize.  The reality is, there is no peace dividend.”The world has changed, he said, and it requires the United States Army to remain globally engaged while at the same time operating with a smaller budget and force structure.“In 2013 we had 6 combat aviation brigades committed to operational missions.  In 2015, we still have 6 CAB’s slated for commitment around the globe,” Allyn said. “Army aviators have been – and will continue to be – integral in every success we achieve,” but they are conducting the same number and variety of missions, with fewer resources to draw upon.In 2013, he said, during the first round of sequestration, the Army had less than 10 percent of the force trained and ready for global contingencies.  After 18 months of disciplined effort, that proportion has risen to about 30 percent.“If we go another round, the impact on size, readiness, and modernization will be felt for a decade,” Allyn said. This could put the lives of soldiers at risk, and “push the all-volunteer force to the breaking point.”Allyn acknowledged AUSA’s consistent endeavors to stop sequestration from harming the Army. “I’ll take this opportunity up front to thank AUSA for their herculean effort to educate the American public and Congress on the devastating effects that sequestration has on our military.”He asked the audience to “remain engaged with our political leaders, to pave a path forward that eliminates the impact of sequestration on our military.”The AUSA Army Aviation Hot Topic was sponsored by AUSA sustaining members L-3 Communications and Sikorsky.