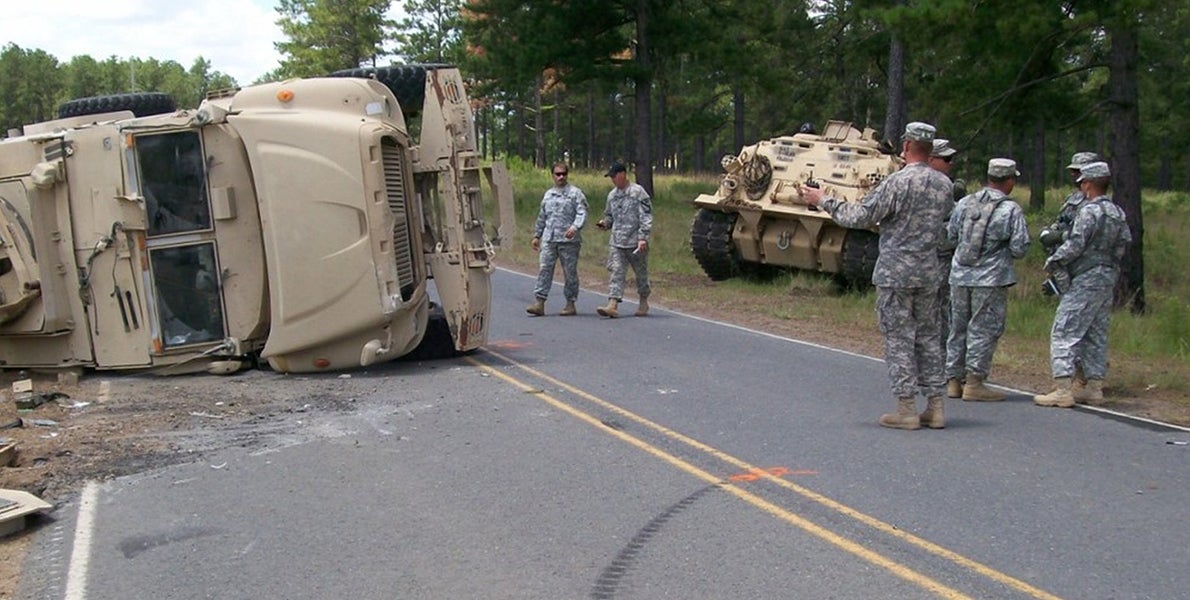 A total of 109 soldiers died in on- and off-duty accidents in fiscal 2016, marking the seventh consecutive year of declines in mishap fatalities, according to a new report from the U.S. Army Combat Readiness Center.

That figure is down from 110 fatalities in fiscal 2015, and 127 in the previous fiscal year. Accidental deaths are down 32 percent across the active component over the past five years, and officials said the new fiscal 2016 mark is the lowest in almost 45 years of comprehensive record keeping.

“This accomplishment is a direct reflection of leaders and soldiers working together to proactively manage risk,” Brig. Gen. Jeffrey Farnsworth, director of Army Safety and commanding general of the Combat Readiness Center, said in a statement.

The trend is not being fueled simply by a shrinking Army. The number of accidents and fatalities measured against end strength in a given fiscal year is also down.

One anomaly in this generally improving picture is motorcycle fatalities, which were up 32 percent and “accounted for over half our vehicle and pedestrian-related deaths this past year, which is something we rarely, if ever, see,” Farnsworth said. “Considering that only 16 percent of our soldiers ride, this is alarming.”

On-duty vehicle fatalities were up 38 percent at the end of the fiscal year, driven largely by a vehicle rollover at Fort Hood, Texas, in June in which nine soldiers drowned.

But on the whole, Farnsworth said, “We're better now than we’ve ever been regarding safety, and we continue to improve every year. Command emphasis, engaged and accountable leaders, and battle buddies looking out for each other on and off duty will push our accidental losses even lower.”

The fiscal 2016 statistical report is online at https://safety.army.mil/Portals/0/Documents/STATISTICS/Standard/PublicReports/ArmyAccidentStatisticsYearEndData.pdf.