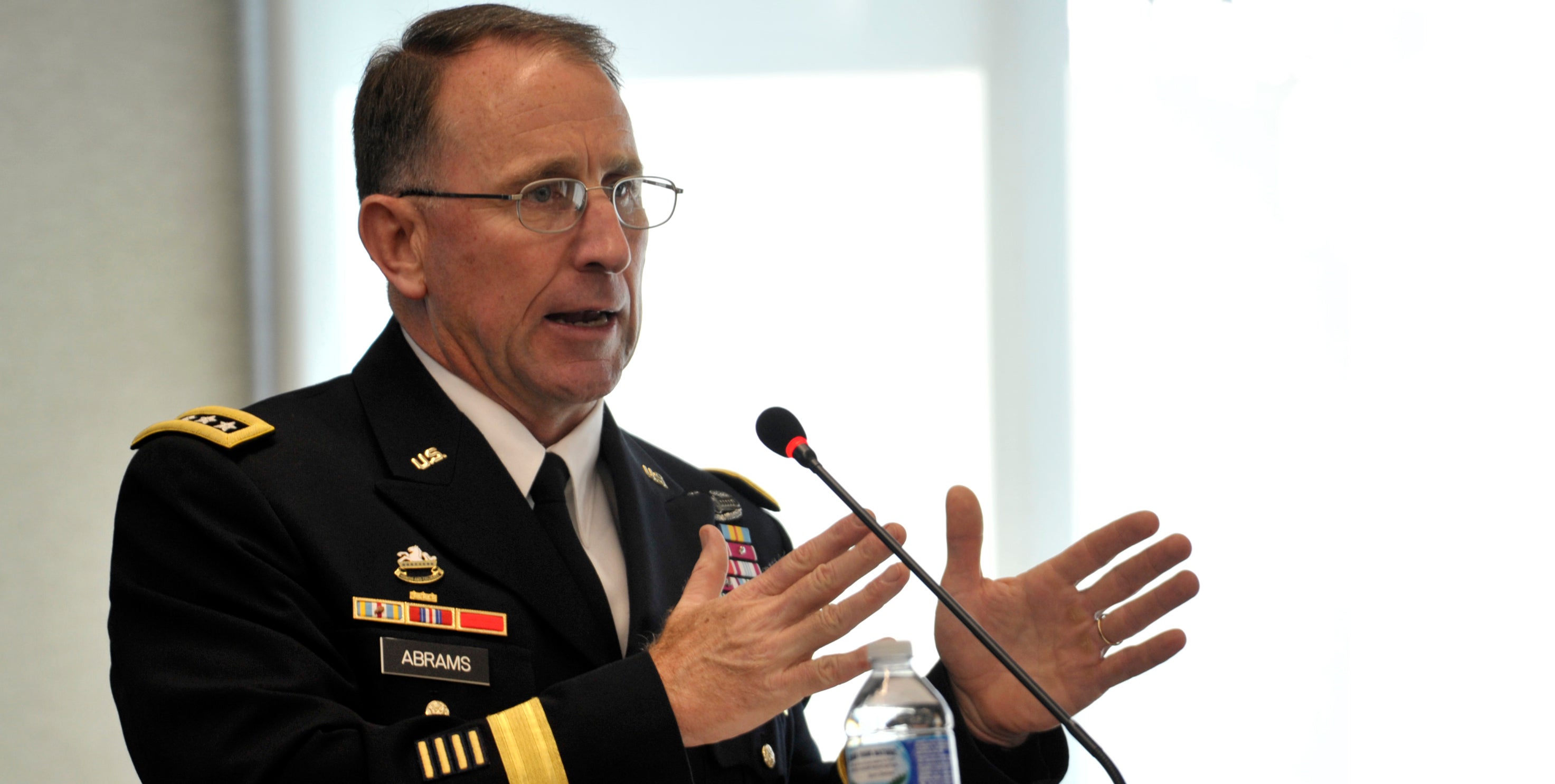 Even as the U.S. military shrinks and global threats mount, the Army is going through a number of significant transitions that will present additional challenges in the years to come, says Gen. Robert B. “Abe” Abrams, commander of the U.S. Army Forces Command.

On top of the list is the move to a new unit “sustainable readiness” model that’s “about being ready all the time,” Abrams said in the keynote address at AUSA’s recent Hot Topics forum on Army Force Projection and Sustainment. “In the run-up to a mission, you’ve got to be ready. When you come home from a mission, it’s sustaining that readiness over time. Come off the ship and get back to Fort Carson, Fort Hood, Fort Stewart, do normal after-ops maintenance, and a couple of weeks later, they ought to be ready to go again—if they have maintained standards while employed forward.”

This intensified readiness model is coming in as the Army continues on a downward slope to an end strength of 980,000 soldiers across its three components, which means the service inevitably will have to depend more on the National Guard and Reserve, he said.

At the same time, the demand from combatant commanders for Army “rotational presence” has increased over the past three years, he said, with brigade combat teams on rotation in Korea, the Central Command region, the Pacific Theater and Africa. Next year, the Army will begin nine-month rotations of another BCT to Eastern Europe.

“If you talk to battalion commanders today who were the captains and majors in 2006 and 2007 when we were in the Surge in Iraq, all of them will tell you they are busier today than they were in 2006,” Abrams said. “That’s not an overstatement.”

The Hot Topics forums are held at the AUSA Conference and Event Center in Arlington, Va.