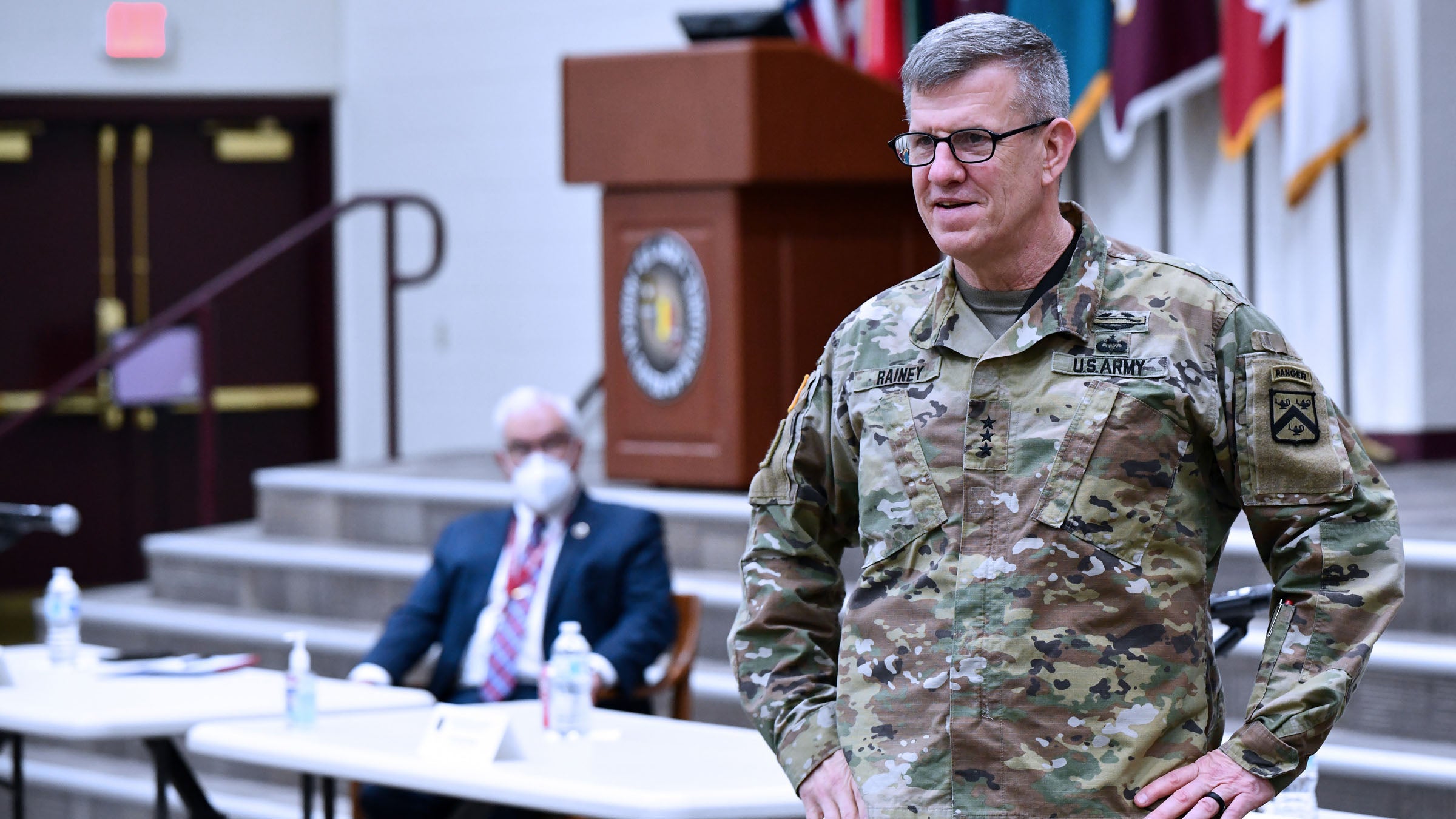 The Army’s ability to grow and develop leaders gives the service a critical advantage over its adversaries, a senior Army leader said.

“We generate leaders … better than anyone we’re going to fight,” said Lt. Gen. James Rainey, the deputy Army chief of staff for operations. “I believe that the fact that our Army is manned by an all-volunteer force, people that chose to do something with their life … and are fighting for something that they believe in, I think that's a huge advantage.”

Speaking at the recent Fires Conference 2021, a virtual event hosted by the Fires Center of Excellence at Fort Sill, Oklahoma, Rainey stressed the importance of good leaders to ensuring a healthy, cohesive force.

Rainey also stressed the importance of the Army’s maneuver capabilities.

“The American way of war, especially in our Army, is to maneuver,” he said. “We don't need to have more stuff. We’ve got to be able to maneuver, converge fires … and maneuver to a position of advantage, set the conditions, create a temporal advantage and exploit that.”

Ultimately, while some parts of service may change as the Army adapts for the future, the meaning of service remains the same, Rainey said.

“You're doing something with your life that's bigger than you,” Rainey said. “It's about the Constitution, the United States, it's about the men and women who volunteered to serve, and it's about preserving our way of life for future generations.”