2017 Will Be Another Tough Year in Afghanistan

2017 Will Be Another Tough Year in Afghanistan 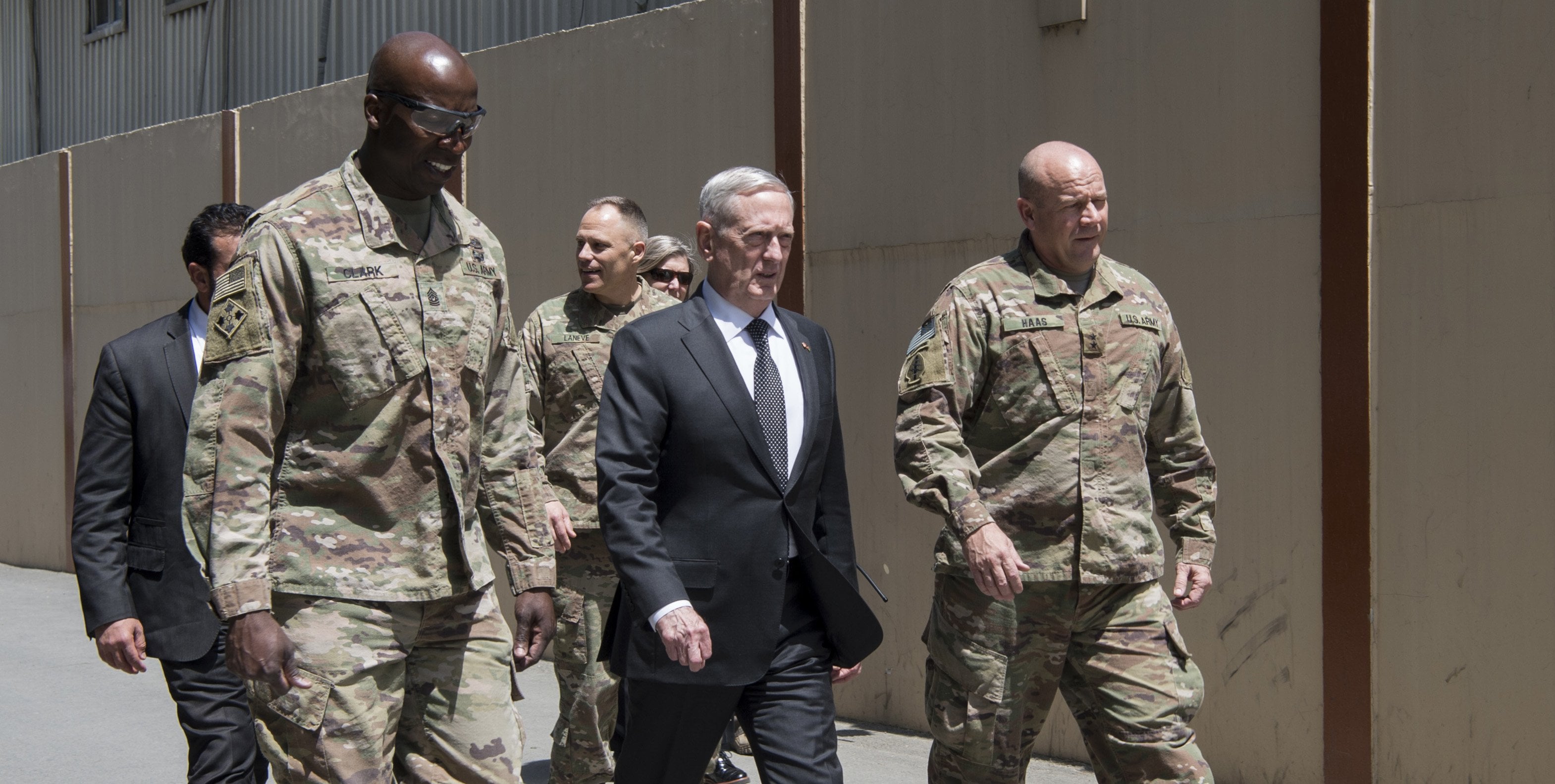 While the U.S. is making gains against Islamic State militants, Secretary of Defense Jim Mattis said the fighting is far from over. “We are in an era of frequent skirmishing,” Mattis said.

“The bottom line is that this fight against terrorism is going to go on. You see the French troops engaged down in Africa. You find the NATO-led force here in Afghanistan. You see what is going on against ISIS in Syria,” he told reporters in Afghanistan.

Mattis spoke after meeting with Afghan leaders as part of a policy review ordered by President Donald Trump. He did not talk much about what changes might be afoot, other than to say the U.S. is “engaged in defining the challenge, the way ahead, with a whole lot of nations. There is no one nation that is going to carry all of this, so there is a lot of collaboration.”

“We are under no illusions about the challenges associated with this mission,” Mattis said. “2017 is going to be another tough year for the valiant Afghan security forces and the international troops who have stood and will continue to stand shoulder to shoulder with Afghanistan against terrorism and against those who seek to undermine the legitimate United Nations-recognized government of this country.”