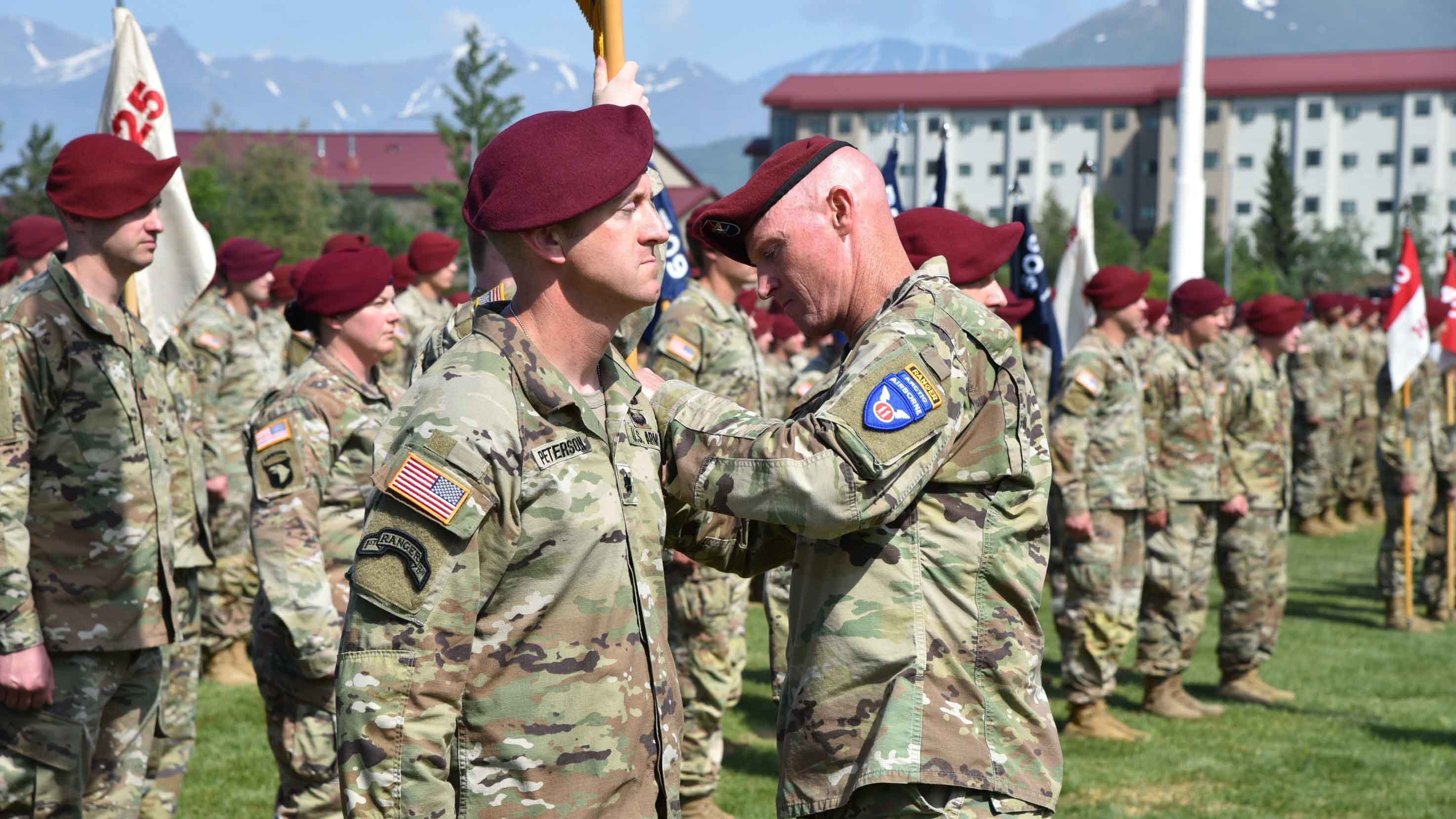 The historic 11th Airborne Division is back on the Army’s active rolls.

With a focus on operations in extreme cold weather and high altitudes, the division was reactivated June 6 during ceremonies at Alaska’s Fort Wainwright and Joint Base Elmendorf-Richardson.

Commanded by Maj. Gen. Brian Eifler, the 11th Airborne Division is the Army’s only Arctic airborne division, taking the place of U.S. Army Alaska as the service works to build a force that is more appropriately manned, trained and equipped for the Arctic environment. The move is part of the Army’s January 2021 Arctic Strategy.

With a “proud history of valor during World War II” and a “proud history of experimentation,” the 11th Airborne Division will lead the way as the Army sharpens its Arctic warfighting capabilities, Army Chief of Staff Gen. James McConville told reporters before the activation ceremony.

The Army also is looking at the Arctic “very differently” as it prepares to operate in harsh weather and high-altitude, mountainous terrain, McConville said.

“We have to make sure the units have the capabilities, and that gives them the confidence to be special,” he said in an Army press release. “They have the right vehicles to operate in the coldest climate. They have the right equipment and the right clothing. All those things come together to give them a sense of identity.”

The brigade will be converted to an infantry brigade combat team with a “strong air assault capability but also the ability to maneuver in the Arctic,” McConville said.

Over the summer, Strykers from the brigade, which McConville described as “first-generation,” will be turned in, he said. Some will be used for parts, while others will be upgraded and sent where they’re needed, McConville said. The Army is in the process of acquiring cold-weather all-terrain vehicles and cold-weather gear for the brigade, he said.

In all, the Army has about 11,600 active-duty soldiers in Alaska.

The division’s performance in the North Carolina Knollwood Maneuvers in the winter of 1943 convinced the War Department of the value of division-sized airborne units, and Swing wrote “War Department Circular 113,” which became the bible for U.S. airborne operations, according to the Army.

During World War II, the division fought in the Philippines, from Leyte to Luzon, where they spearheaded the Sixth Army’s attack, jumping into Tagaytay Ridge and fighting to liberate Manila, according to the Army.

The division redeployed in August 1945 to Okinawa, Japan, where it remained until it was moved to Fort Campbell, Kentucky, in May 1949.

In 1950, the 187th Glider Infantry Regiment and the 674th Airborne Field Artillery Battalion became the 187th Regimental Combat Team and fought for two years in Korea, according to the Army.

The 11th Airborne Division deployed to Germany early in 1956, then deactivated Aug. 1, 1958. It reactivated at Fort Campbell on Feb. 1, 1963, and became the 11th Air Assault Division (Test) to develop and refine air assault tactics and equipment for a new helicopter-borne Army.

Upon completion of that mission, the 11th Air Assault Division was inactivated on June 29, 1965.