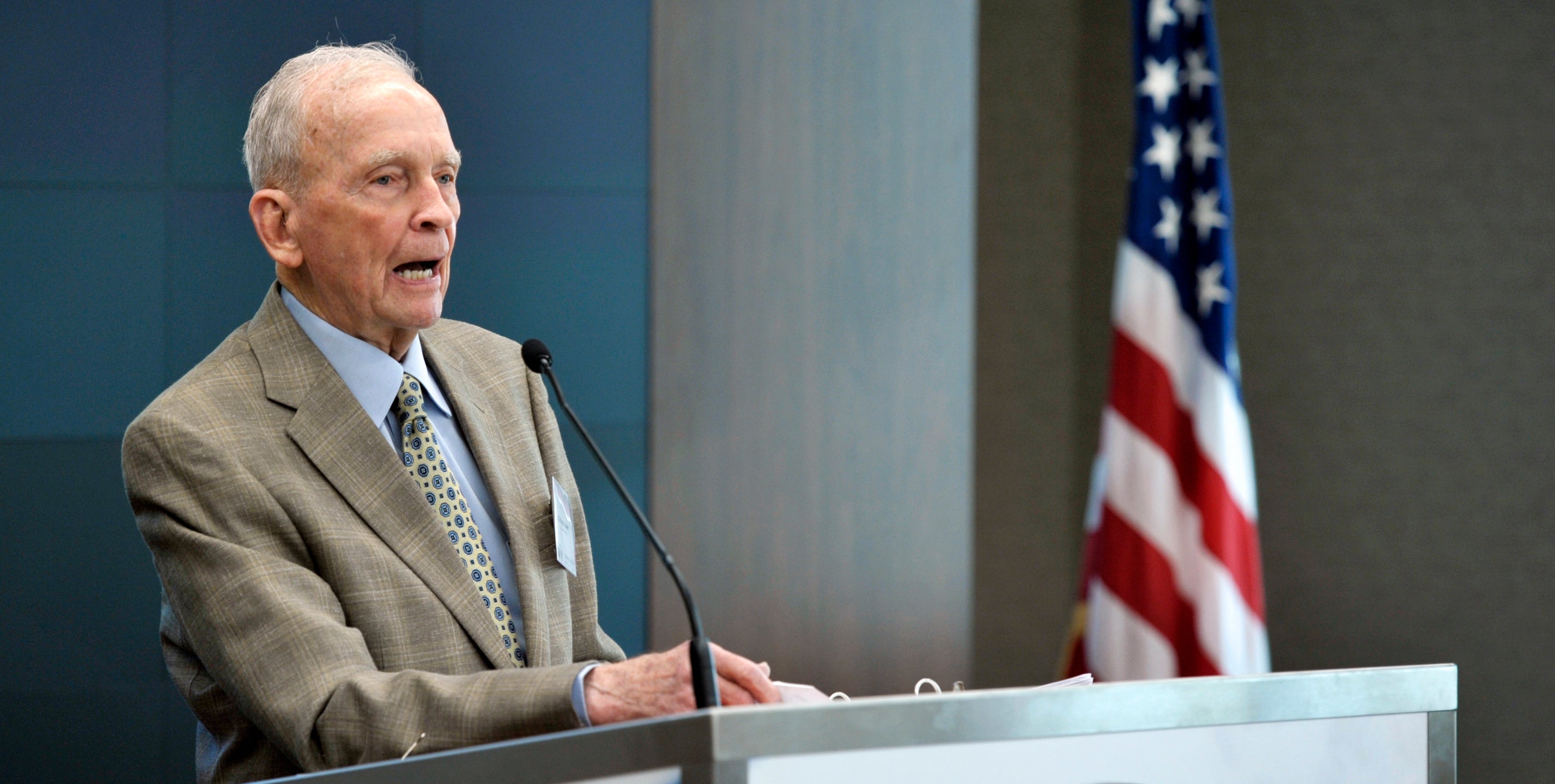 A decorated Army Ranger who served in Korea and Vietnam says the U.S. must guard against going into a future conflict unprepared. It has happened before with unfortunate results, he said.

Speaking at a Lemnitzer Lecture hosted by the Association of the U.S. Army’s Institute of Land Warfare, retired Col. Ralph Puckett said there are many reasons to worry. Despite ongoing military action in Iraq and Afghanistan, “we must not forget the 600-pound gorillas: Russia, China, Iran and North Korea,” he said during the event held at AUSA’s General Gordon R. Sullivan Conference and Event Center in Arlington, Va.

Puckett also spoke about his autobiography, Ranger: A Soldier’s Life, and elaborated on his extraordinary experiences before, during and after the Korean War.

Puckett was a newly minted lieutenant when he volunteered for the Korean War, a conflict he said caught the U.S. Army “flat-footed” in terms of training and equipment. “Ninety percent of the 34th Infantry Regiment crew-served weapons were found unfit six months before the war started, and the physical fitness and military training of the soldiers were in equally bad shape,” Puckett said.

Why did that happen? “Because World War II had been over for five years, and all the experts said there would never be another ground war. All future wars would be fought with intercontinental missiles,” he said. “Unfortunately, those experts never told the North Koreans and the Chinese.”

When Puckett arrived in Japan before going to Korea, he was “fresh out of jump school, with not one day of troop duty whatsoever,” he said. Despite his lack of training, he was selected to form, train and command in combat the Eighth Army Ranger Company, “the first Ranger unit established after World War II.” The unit was also the first integrated Ranger company in the Army.

Puckett said his view at the time coincided with that of his more experienced soldiers: “If our company was the best Eighth Army could turn out, we were in deep trouble.” However, a focused training regimen turned that company into “a combat-ready fighting machine.”

On Nov. 25, 1950, during one of the toughest battles of the Korean War, Puckett’s company seized and held the strategically important Hill 205 overlooking the Chongchon River.

Separated by more than a mile from the nearest friendly unit, 51 soldiers fought several hundred Chinese attackers. Puckett was wounded three times before he was evacuated. “That was when the war ended for me,” he said.

For his actions, he received the country's second-highest award for courage on the battlefield—the Distinguished Service Cross—and resumed active duty later that year. He went on to receive another DSC and a Silver Star for his service in Vietnam, making him one of a handful of soldiers to have received a DSC in two wars.

“I owe everything to my soldiers,” Puckett said.

Puckett’s talk was part of ILW’s Gen. Lyman L. Lemnitzer Lecture Series. The next lecture will feature Rosa Brooks discussing her book How Everything Became War and the Military Became Everything: Tales from the Pentagon, which examines the expanded role of the U.S. military and what happens when the boundary between war and peace is erased.

Details about that event can be found here.