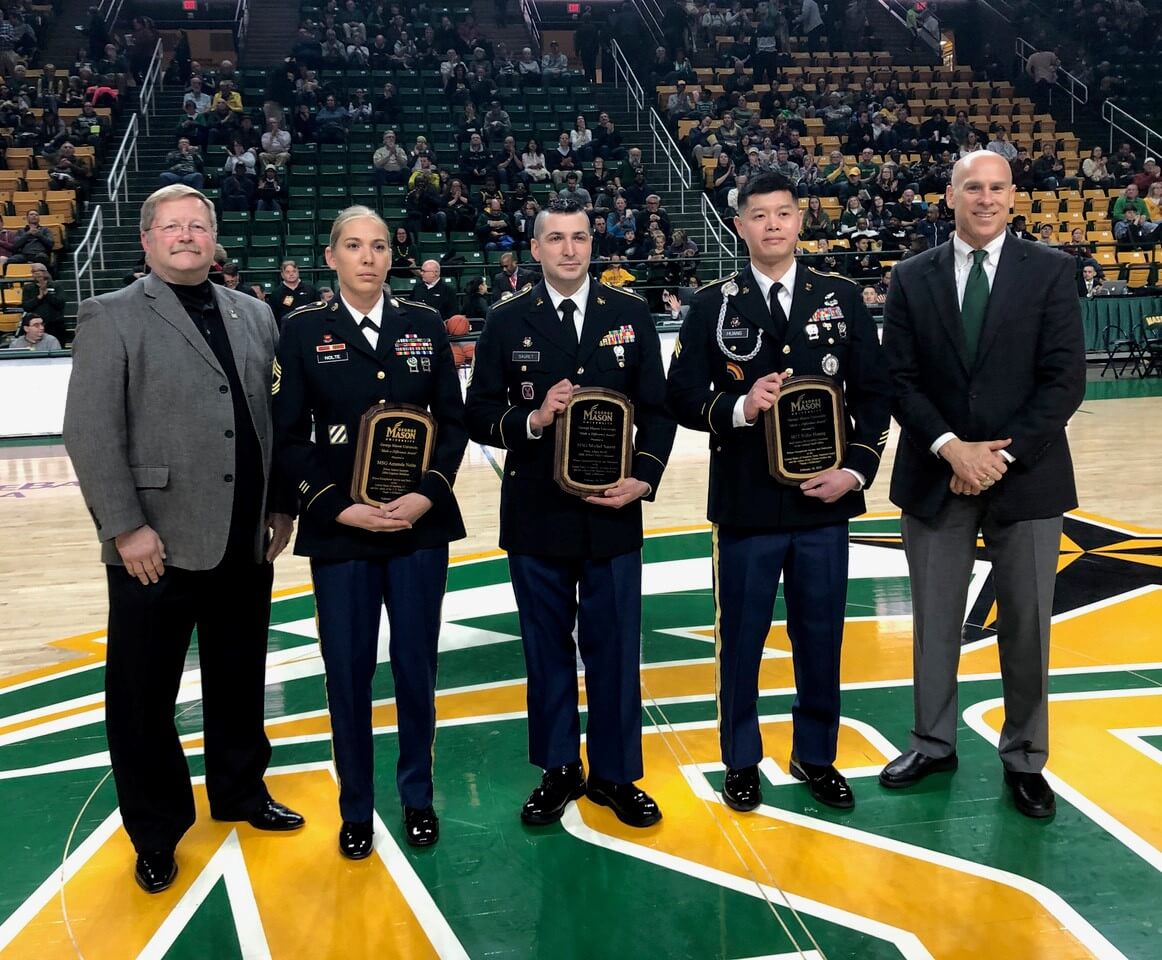 Eagle Bank Arena was the venue and Soldiers, and the George Mason University Patriots men’s basketball team were the winners this past Sunday afternoon.

In partnership with the Fairfax-Lee Chapter of the Association of the United States Army (AUSA), GMU proudly hosted its annual Patriot Day pre-game ceremony recognizing deserving Soldiers with “Made a Difference Award.” The award, presented to a member of the Regular Army, the Army National Guard, and the Army Reserve recognizes the Soldiers' military and community service which “made a difference.”

MSG Amanda Nolte is a Power Station Sergeant assigned to the 249th Engineer Battalion on Fort Belvoir and has deployed on numerous occasions to provide critical power support to communities affected by calamitous hurricanes including Harvey, Irma, and Maria in 2017.  Her critical skills and leadership were key to the success of each mission.

MSG Michel Sauret currently serves as the NCOIC of the Public Affairs Office for the 200th Military Police Command, the largest police organization in the Department of Defense. As such MSG Sauret oversees efforts to tell the story and report on the members of the brigade who are, on a daily basis, deployed around the world.  MSG Sauret represents the leadership, resiliency, and hard work USAR Soldiers across the force and his team ensures that every story, photograph, social media post and video is on message and to standard.

Sergeant Yijin Huang was recognized for his outstanding professionalism, dedication, and superior quality of work while assigned to the Secretary of the General Staff at Army National Guard Headquarters.  SGT Huang's in-depth understanding and knowledge of Information Technology allowed him to update and streamline critical SGS functions with positive effects throughout the command.

Together these three Soldiers represent the best of America, dedicated Soldiers serving the Nation and making a difference to their units, fellow Soldiers, and communities.