Registration for this event is now closed. On-site registration will not be available as tickets are currently sold out. Live streaming will be available at: https://www.ausa.org/news/live-stream-ilw-lemnitzer-lecture-mcchrystal. 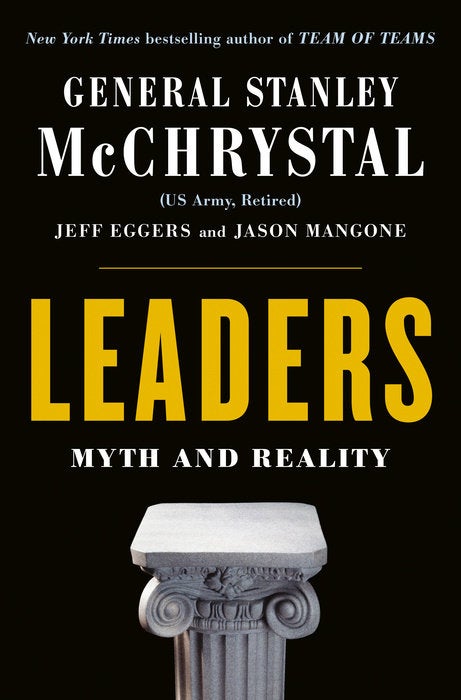 General Stan McChrystal, the author of best-selling of Team of Teams, partnered with co-authors Jeff Eggers and Jay Mangone to explore what leadership really means, exposing and debunking the many myths that surround the concept of leadership. They focus on thirteen great leaders, showing that the lessons we commonly draw from their lives are seldom the correct ones.

First among the leaders profiled is Robert E. Lee, one of McChrystal’s former heroes and, to this day, an icon at the U.S. Military Academy. On paper, Lee was the ideal leader. He excelled in every way possible for an Army officer in the decades before the Civil War. Yet Lee ultimately made the wrong choice about which side to serve–and then failed to lead his chosen followers to victory. Exploring Lee’s life and leadership style, McChrystal explains how the renewed spotlight on this revered General forced him to reckon with Lee’s image in the modern era.

He also profiles pairs of unlikely leaders from diverse eras and fields, showing that leaders often use dramatically different tactics to achieve similar results. These include:

FOUNDERS
Walt Disney sought to build his empire as a man of the people, but often acted more tyrannical towards the very men he hoped to inspire. Coco Chanel hid her plebian background to pretend she was an aristocrat, but was obsessed with making clothes for the common people.

ZEALOTS
Maximilien Robespierre whipped his revolutionaries into a frenzy through his writing, while Abu Musab al-Zarqawi moved on the front lines of the battlefield, winning over his followers through his personal charisma.

POWERBROKERS
Margaret Thatcher and Boss Tweed, whose respective reigns depended on the networks they cultivated.

Ultimately, McChrystal posits that different environments will require different leaders, and that followers will choose the leader that they need. Aspiring leaders will be best served not by memorizing a standard set of textbook leadership qualities, but by learning to discern what is required in each situation.