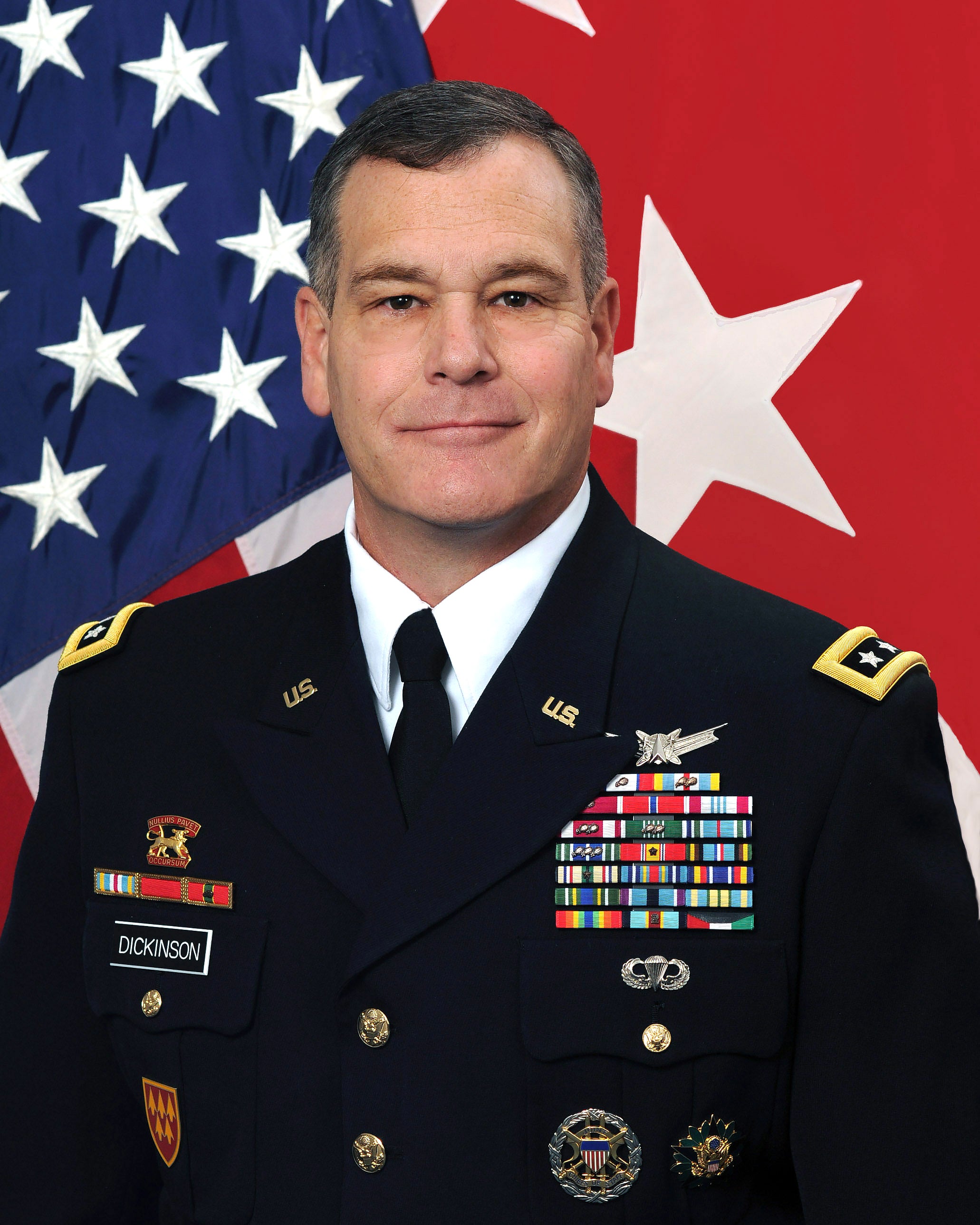 He most recently served as the Chief of Staff, U.S. Strategic Command, Offutt Air Force Base, Nebraska. He was previously assigned as the Director for Test at the Missile Defense Agency, Redstone Arsenal, and as Deputy to The Inspector General in the Office of the Secretary of the Army.

LTG Dickinson graduated from Colorado State University with a Bachelor of Science in mechanical engineering and from the Colorado School of Mines with a Master of Science in operations research and systems analysis (engineering). He later earned a master’s degree in strategic studies from the United States Army War College.