CMF: An Ocean Closer: Synchronizing Actions and Words from the Baltic to the Black Sea"

CMF: An Ocean Closer: Synchronizing Actions and Words from the Baltic to the Black Sea" 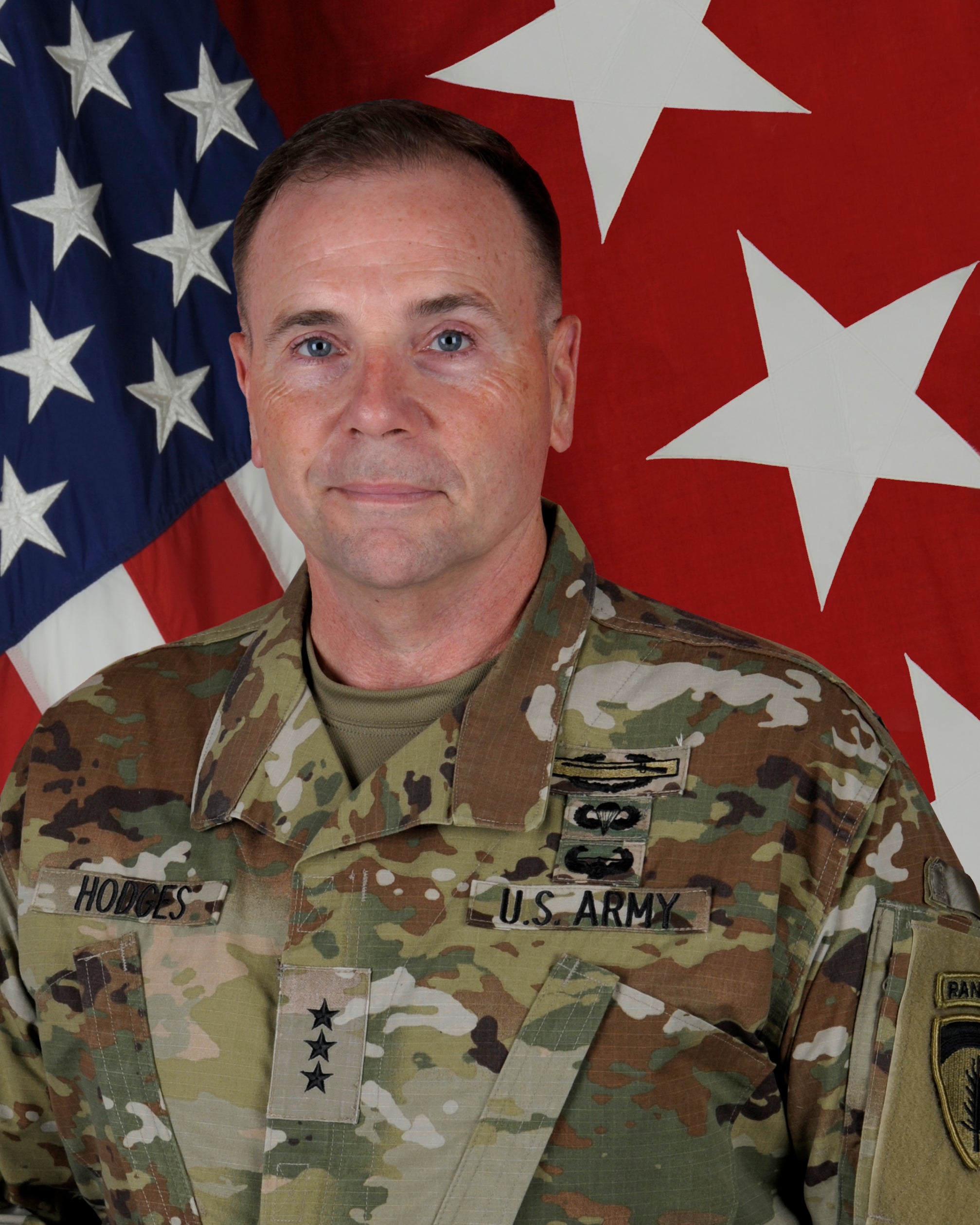 A native of Quincy, Florida, Lt. Gen. Ben Hodges graduated from the United States Military Academy in May 1980 and was commissioned in the Infantry.

After his first assignment as an Infantry Lieutenant in Germany, he commanded Infantry units at the Company, Battalion and Brigade levels at the 101st Airborne Division and in Operation IRAQI FREEDOM. His most recent operational assignment was as Director of Operations, Regional Command South, in Kandahar, Afghanistan. Lt. Gen. Hodges has also served in a variety of Joint and Army Staff positions to include Tactics Instructor at the Infantry School; Chief of Plans, 2nd Infantry Division in Korea; Aide-de-Camp to the Supreme Allied Commander Europe; Army Congressional Liaison Officer; Task Force Senior Observer-Controller at the Joint Readiness Training Center, Fort Polk, LA; Coalition/Joint -3 (CJ3) of Multi-National Corps-Iraq in Operation IRAQI FREEDOM; Chief of Staff, XVIII Airborne Corps at Fort Bragg; and Director of the Pakistan Afghanistan Coordination Cell on the Joint Staff; Chief of Legislative Liaison for the United States Army.

His last assignment was as Commander, NATO Allied Land Command from 2012 to 2014.

Room 152 A and B "An Ocean Closer: Synchronizing Actions and Words from the Baltic to the Black Sea"