To: Company Commanders
From: The CompanyCommand Team

Ten years ago this month, the first “CompanyCommand: Building Combat-Ready Teams” article appeared in ARMY. In it, seven company commanders shared lessons learned from redeploying their units from Iraq and immediately preparing for their next deployments. At the time, the relentless pace of the Army’s wartime force-generation cycle (recover-reset-retrain-redeploy) was new and unprecedented. Leaders had to learn on the fly—through reflection, reading and conversation with each other—and these pages became one of their means of doing so.

Over the past decade, 582 leaders have shared their experiences in this column. They have contributed more than 300,000 words’ worth of their hard-earned knowledge to improve the practice of leadership at the company level. This month marks the 105th and final regularly occurring column in the series. Our team would like to use this opportunity to provide context about this column—how it came to be, how its articles were developed and how its lessons can inform Army organizational learning.

Column Origin
In the year 2000 and on our own initiative, a group of Army captains founded companycommand.com. The website provided a virtual officers’ club where past, present and future company-level commanders could connect with each other, share experiences and products, discuss ideas and challenges, and support one another’s efforts to build and lead combat-effective teams. An online community of practice quickly developed, becoming an Armywide continuity file and conversation space for company commanders. A similar website for platoon leaders (platoonleader.org) soon followed.

In late 2001, retired Gen. Gordon R. Sullivan, the president and CEO of AUSA, was so impressed with the CompanyCommand forum that he reached out to the CC team and offered his support. In 2002 and 2003 at Fort Leavenworth, Kan., AUSA supported a CC initiative that brought together pre-command and post-command officers—students at the Combined Arms and Services Staff School and Command and General Staff College, respectively—for voluntary professional-development sessions focused on the practice of company command.

Early in 2005, Sullivan invited the CC team to write a regular column in ARMY to share with the wider readership some of the knowledge being generated in the forums, which had moved to the .mil domain and become accessible only to currently commissioned officers. The columns appeared in these pages monthly (except in the October Green Book issues) from March 2005 until 2014, when they became bimonthly.

During the same period, the Army found a way to provide institutional support to the CC effort without institutionalizing it. Brig. Gen. Dan Kaufman, the dean at West Point at that time, reallocated personnel billets and created a small organization to support, sustain and advance the CC initiative. The organization was officially named the Center for the Advancement of Leader Development and Organizational Learning, but the CC team often uses a shorter brand name—the Center for Company-Level Leaders.

Kaufman intended for the organization to act as a skunk-works for learning and leader development in the Army: “If you do anything the way the Army is already doing it,” he charged us, “You’re wasting my time. If you don’t fail sometimes, you’re not trying hard enough. And if you don’t fundamentally change the way the Army learns and educates its leaders, you’ve betrayed my trust. So, good luck and have fun.”

Unique Focus, Format
The CompanyCommand column in these pages met his first challenge. The monthly articles’ focus (officer leadership at the company level) as well as their format (multiple voices of those in the arena) have been unique among publications serving the Army. In many respects, the column has exemplified the CC movement’s vision, values and charter. From the start, our vision has been, “Every company-level leader in the Army engaged in a vibrant conversation about growing and leading combat-effective teams.”

The monthly articles in ARMY not only emerged from and depicted such professional conversations; they also became catalysts for additional professional conversations. The column became part of a virtuous cycle as many leaders—from battalion commanders to ROTC instructors—have used its articles as starting points to generate professional dialogue in their own teams. AUSA has always permitted us to write the articles consistent with our values, featuring solutions-oriented conversations that value the diverse perspectives of leaders at the tip of the spear—leaders who are collaborating to understand their challenges and to lead great units.

A guiding design principle of the CC movement is that connecting leaders in conversation around content in context improves their individual and collective effectiveness. The articles have provided relevant content for commanders to come together and discuss. The articles’ relevance derives not only from their company-level topics but also from their language. The contributors—almost all of whom were experienced company commanders—share their knowledge in the vernacular of company-grade officers (which is why the articles included glossaries). The context of their words is also enhanced by their extensive use of narrative; stories provide context in ways that declarative advice does not.

I reported to the armor advanced course in 1964, directly from a tour in Vietnam. There were 13 of us students who had just spent a year of our lives fighting a very different kind of war than we had been trained for. The advanced course instruction, however, focused on the Soviet threat, and no one wanted to hear about our experience! There we were: 13 captains with critical knowledge and no mechanism to share it with the wider profession. [So] I am exhilarated to see you joining together and collectively raising the bar. Raising the bar is not something your environment mysteriously does to you; it is something you must do for yourself. For the Army to collectively raise the bar requires the corporate body of professionals to take action.

How Articles Were Developed
The content for each CompanyCommand article was excerpted from an existing CC product such as the online forum, an OEF Commander AAR Book or an individual junior officer’s essay. The great majority of the articles were derived from conversations taking place in the CC forum. For many years, each month the CC team would intentionally develop, launch and facilitate a “priority conversation” on a topic that we expected would add value to company commanders.

Questions such as “What should you do if you’re given a stupid order?” and “How small is too small for a remote combat outpost?” sparked conversations that later became articles. Conversations that included 60 leaders sharing 30,000 words were reduced to 3,000-word articles that featured only 10 of the leaders. Our team was always mindful to retain a conversation’s multiple perspectives and to excerpt rather than abstract the contributors’ words, serving as enablers—not interpreters—of our profession’s conversations. 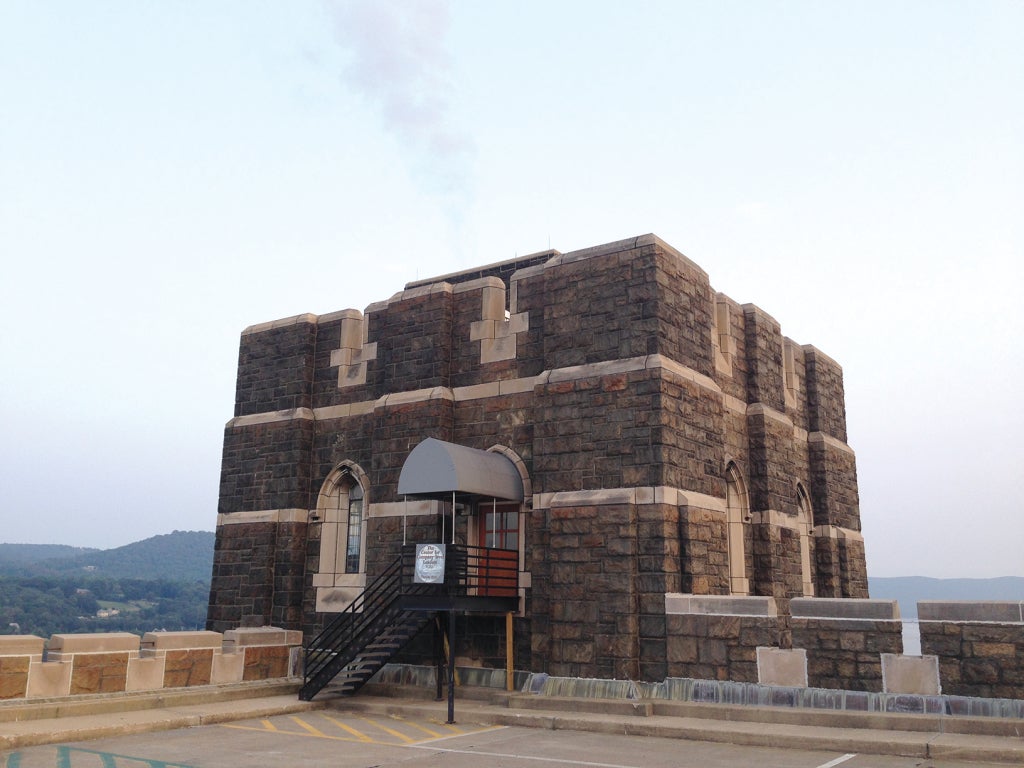 The Center for Company-Level Leaders at West Point.

We connected with every contributor to an article. We received their permission to use their words and offered them the opportunity to revise them for the different audience. If we were not able to gain someone’s consent, we did not include their words in the article. Most contributors were honored that their words had been selected for wider publication and thus would contribute more substantively to building our profession’s body of knowledge. After publication of an issue, AUSA sent complimentary copies to the contributors.

The Power of Personal Narrative

Some of the most memorable CompanyCommand articles in ARMY magazine were personal narratives by leaders who wrote from their hearts. It’s inspiring to see how leaders’ willingness to be authentic strengthens the impact of their words. Examples include:

- “Leading our Wounded Warriors” by three leaders who were wounded in action: Andy Meixell, Sean McWilliams, and Dave Rozelle (February 2008)

The beginning of the end of this column occurred a couple years ago, when budget cuts and policy decisions required us to move the CC forum to different software on servers we do not control. The new software platform is not optimized to support a knowledge-generating community of practice, and participation in the forum immediately decreased by more than 95 percent. The forum has long been the wellspring of our articles; with the well gone dry, we choose to move on. As we brainstorm ideas for reinvigorating the forums, we are energized by the growing opportunities to support commanders through the Leader Challenge (see ARMY, June 2013) and Company Commanders’ Leader Professional Development (see ARMY, January 2015) initiatives. If and when we once again enjoy a supply of quality content that can be transformed into new articles, we will take AUSA up on its invitation to once again share knowledge generated by Army company-level leaders under the CompanyCommand banner.

All 105 articles that appeared in ARMY are available at http://cc.army.mil/pubs/armymagazine. They contain a decade’s worth of leaders’ experiences. As a profession, let us learn from our collective past as we move into a complex future. It has been a privilege to share with you glimpses into the character, competence and commitment of past, present and future Army company commanders over the past decade. Thank you for reading. Leadership counts!

Company commanders: Share your own stories and learn from your peers’ experiences in the CompanyCommand professional forum: http://CC.army.mil. Follow us on Twitter:@CoCmd. 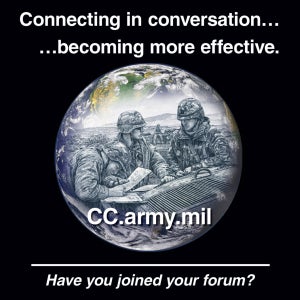 A Decade of CompanyCommand Contributors

Lt. Col. Pete Kilner, USA Ret., served more than 28 years in the Army as an enlisted infantryman, infantry officer and professor at the U.S. Military Academy.