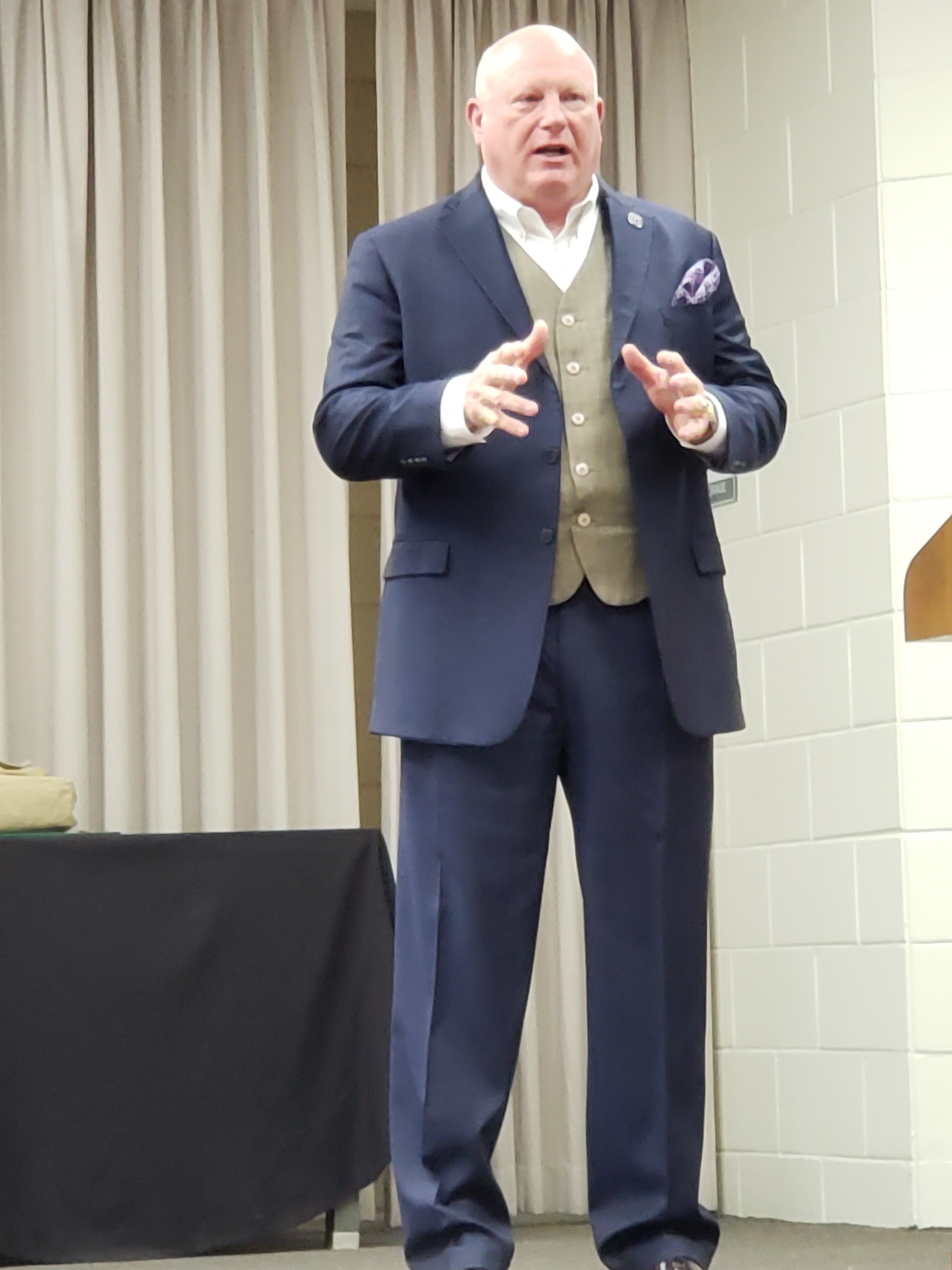 The President of the chapter COL (Ret) Garry D. Patterson recognized one of our Community Partners (Bell Helicopter), Austin for their continued sponsorship and support as a Platinum Sponsor. A certificate was presented to Mr. John White, Business Development Manager for the Austin office.

Major General Tracy Norris, the Texas Adjutant General of the Texas National Guard was presented with a certificate for the continuous thirty years of support of the Texas Capital Area Chapter.  The Texas Military Department has provided facilities for our
chapter meetings for the past thirty years.  (1992-2022).

Members and guests of the chapter were given a briefing by MG (Ret) James K. "Red" Brown and by LTC Rodney Kelley, Director of Training and Military Operations for the Texas Military Department on the status of mission "Operation Lone Star" on the
Texas-Mexico border.