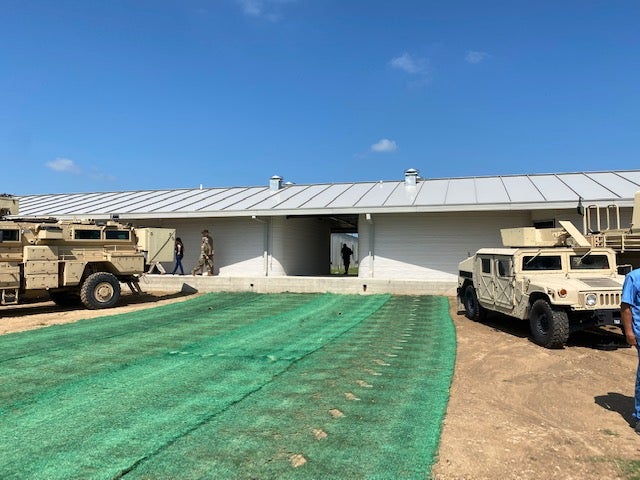 The new barrack was a special proof of principle project with the Texas Army National Guard and ICON, Inc. This barrack building was built in 1/2 the time and 1/3 the cost of conventional construction.

The keynote speaker at this ribbon cutting ceremony was Senator John Cornyn of Texas and MG Tracey Norris, the Adjutant General of Texas. Local elected officials from Bastrop County and the City of Bastrop were in attendance as well as BG John Edwards, United States Army Installation Management Command. Plans are being developed to utilize this 3D printing technology developed by ICON, Inc of Austin, Texas with future government and civilian projects.