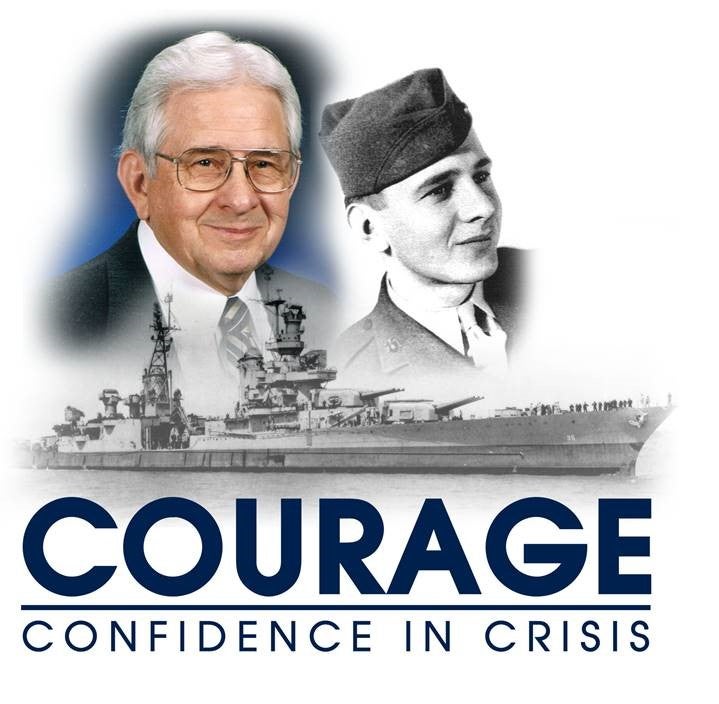 A recent event sponsored by the Association of the U.S. Army’s Redstone-Huntsville chapter featured a  94-year-old  survivor of the USS Indianapolis, the decorated Navy cruiser that was torpedoed and sunk by a Japanese submarine during World War II.

Marine Sgt. Edgar Harrell was the featured speaker at the USS Indianapolis Survivor Luncheon, which was co-sponsored by the chapter and Aria Wealth Management.

Harrell,  now  94,  held the audience spellbound as he spoke of the ship’s secret mission to bring its top-secret cargo from the port of San Francisco to the Island of Tinian in the Pacific Ocean. The cargo were components for the atomic bombs that would be dropped on Japan and ultimately end World War II.
The ship and crew succeeded in delivering the cargo to its destination, but disaster struck as they traveled from Guam to Leyte in July 1945. Two torpedoes ripped through the USS Indianapolis, which was carrying 1,197 men. Near death after a narrow escape from the explosions, 317 were able to abandon the ship but unable to send a distress signal.
No one knew they were in danger, leaving them stranded for four and a half days in shark-infested waters cov- ered in oil before the survivors were spotted by the crew of a PV-1 Ventura on routine patrol.

Harrell, who lives in Nashville, travels extensively throughout the United States telling of his experience. Red- stone-Huntsville was grateful to be one of his stops along the way to hear his story of courage and survival.