Army Association of West Alabama honors those who support veterans

Army Association of West Alabama honors those who support veterans 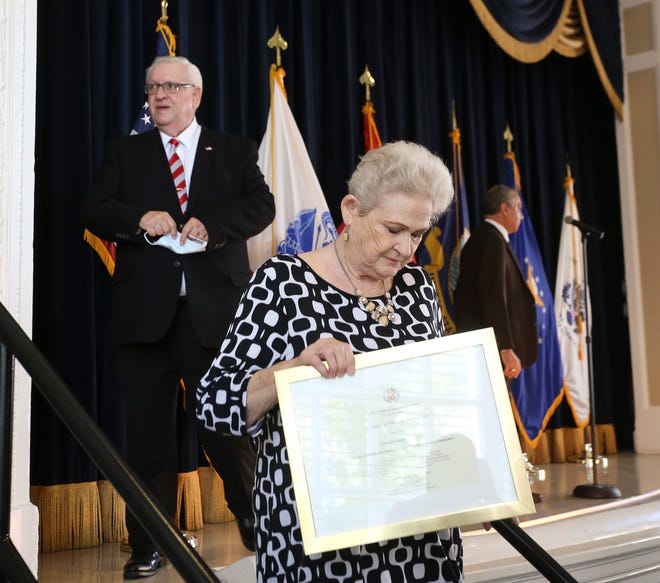 Herb Champion and his wife Linda have dedicated themselves to military service. Herb was a career Navy man, while Linda served 11 years in the Navy before moving to a career as a patient advocate at the Tuscaloosa VA Medical Center.

On Wednesday, the couple who both spent their post-Navy years working for the VA then volunteering since they retired were honored as Veterans of the Year by the Association of the United States Army West Central Alabama Chapter at the VA hospital in Tuscaloosa.

In addition to the Champions, other people and departments were honored including Josh Leow and Amy Wyatt, both of whom head support departments at the Tuscaloosa VA hospital. Wyatt leads the environmental management team, while Leow heads the engineering team. It was a first for their departments to be recognized, as far as Leow could remember.

"I'm very honored for this and I'm very excited for my staff and all the people who work in my shops. I have over 50 employees and I am very appreciate of this," Leow said.

Nicholas Britto, a retired U.S. Army lieutenant colonel, said he conceived the idea of honoring the support personnel because of the  years he spent as an enlisted man in the Air Force, before becoming an officer in the Army.

"I had to everything that these guys did and I remembered the generals and the colonels get all the credit and the individuals who cleaned the bathroom, did the painting and the engineering were not recognized. I decided it was time to recognize the people who do these jobs," Britto said.

Also honored were Deborah Cain for her volunteer work with the Tuscaloosa VA hospital, Dr. Nathan Walker for his medical service to veterans, Walter Turner from the VFW Post 6022 for his years of volunteer work and T-Mobile for a donation of seven powered wheelchairs and associated security equipment valued at $11,000.