Soldiers and the Ethical Life

Soldiers and the Ethical Life 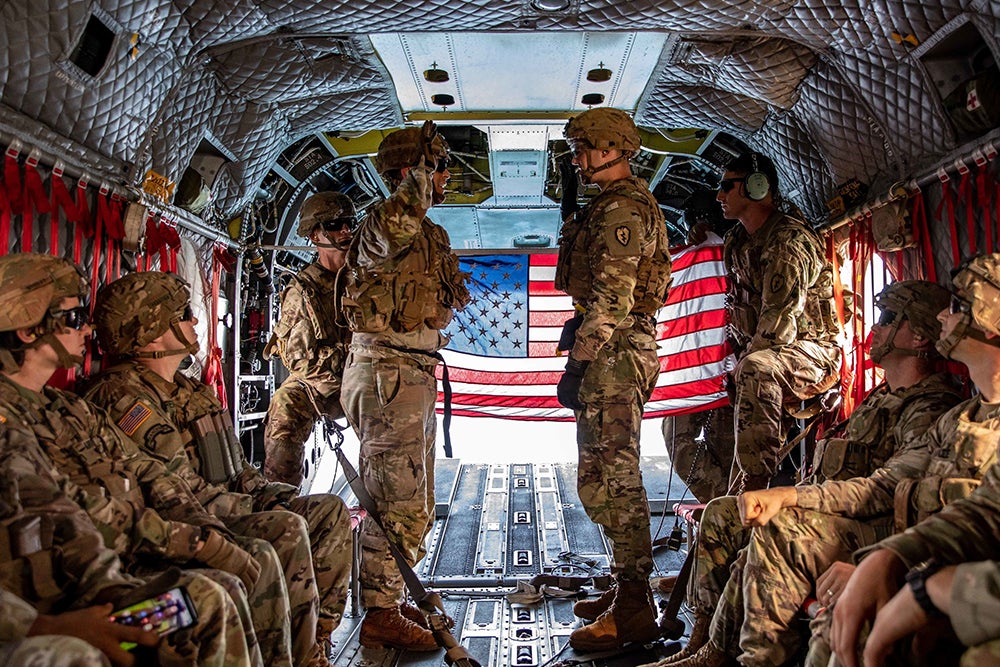 American Soldiers are a special group. They are the men and women who answer the call to do things that many people could never comprehend in defense of freedom around the world. Unfortunately, under these circumstances, Soldiers may do things that they would not only normally avoid, but that contradict what they may personally believe is right. Often, these actions can be influenced by one or more factors, including peer pressure, groupthink and bracketed morality. There are other factors, but these are the three that I believe play the largest roll in the breakdown of ethical behavior.

Peer pressure is defined as “influence from members of one’s peer group.”1 As a high school student, I encountered it regularly in my day to day life; however, when it occurs in situations involving members of the armed forces, the stakes are much higher, and so the consequences can be disastrous for all involved. One root of peer pressure is that it is normal for people who share a common experience to behave a certain way; when a new person joins the group, but has not shared all of those common experiences, the original members of the group will likely put pressure on the new person to conform to their behaviors. This could transpire at any high school, where a new student does not have the same experiences or influence on their behavior as the rest of the group, and so the group will begin to push them to behave a certain way and conform to what they see as normal, even if it violates the code of ethics that the person might hold.

This, in turn leads to groupthink, which is defined as “the practice of thinking or making decisions as a group in a way that discourages creativity or individual responsibility.”2 Groupthink, if not more so, is at least as dangerous as peer pressure, as it removes the element of personal responsibility from the decisionmaking process. One of the most important components of acting ethically is acknowledgement that if you do not, there will be some form of consequence in the aftermath. The danger of groupthink is that this barrier is eliminated. In the context of a high school, this could result in a group of students making a choice to share the answers for an upcoming exam. If they make that choice as a collective, it absolves the individuals of responsibility. Unfortunately, the same thing can happen in military situations. Groupthink also has a component of peer pressure; if only one or two people in a large group have dissenting opinions, the weight of the other people in the group who are all in agreement will force them to change their view so that it lines up with the consensus of the group.

The final factor which is also often involved with the previous two is the idea of bracketed morality. Bracketed morality is defined as “suspension during competition of the high level of ethical morality necessary for everyday life.”3 This can go hand in hand with both peer pressure and groupthink. If a person is under pressure from the people around them to do something or act in a certain way, believes themselves to be absolved of personal responsibility and, further, also believes that what they are doing is something they would never do under any other circumstances, it can create a deadly combination: being convinced that there is no violation of a code of ethics and so abandoning their own beliefs of what is right and wrong.

One recent incident of unlawful, unethical conduct by U.S. servicemembers was in 2004 during the Iraq War; it came to light that detainees at Abu Ghraib were abused by U.S. Soldiers. These incidents were reported by the New York Times shortly after they occurred.4 Unfortunately, the exact reasons why U.S. servicemembers would carry out actions like these may never be known, but it would probably be fair to speculate that groupthink and bracketed morality played a significant role. If the people committing these acts were the victims of groupthink, then they would have believed that they were not “personally” responsible for the actions of the group.

As a young man, these are the same factors that I would likely be most susceptible to. Unfortunately, as humans, we are all fundamentally social animals who desire to be accepted by the people around us and to be a part of a larger group. These desires are exactly why things like peer pressure and groupthink and, to a certain extent, bracketed morality, are such dangerous concepts. They play to a person’s desire to be part of a larger collective and can absolve people of their personal responsibility for their actions.

There are however, ways to combat these destructive behavior factors. Mindfulness and remaining emotionally and mentally present in a situation can play an important role in how people behave. If someone can maintain their mental presence, it might be possible for them to not only stop themselves from doing things that are unethical but to persuade the people around them to change their own conduct to keep their own code of ethics intact. The reason that I believe these tactics could work to de-escalate moral and ethical conundrums is the same reason that peer pressure is such an effective factor in escalating them. People want to have a standard to conform to, and if that standard is one of mindfulness and situational awareness, then unethical actions are far less likely to be committed either by the group or by individuals within it.

The bottom line is, in order for individuals and units to avoid falling into a pattern of unethical behavior, it is necessary to promote a culture of mindfulness and professionalism at not only the unit but the individual level and to teach Soldiers how to hold their comrades to a proper ethical standard through the application of constructive peer pressure.

Prescott Farris, raised in an Army family, grew up at Fort Huachuca, Arizona, Fort Leavenworth, Kansas, and in Germany, Korea, New York and Virginia. In high school, he joined the Bruin Battalion JROTC program and went on to graduate as a Cadet Captain. An Eagle Scout as of January 2020, Farris is currently a student at the School of International Service at American University in Washington, DC, working on a BA in international studies.