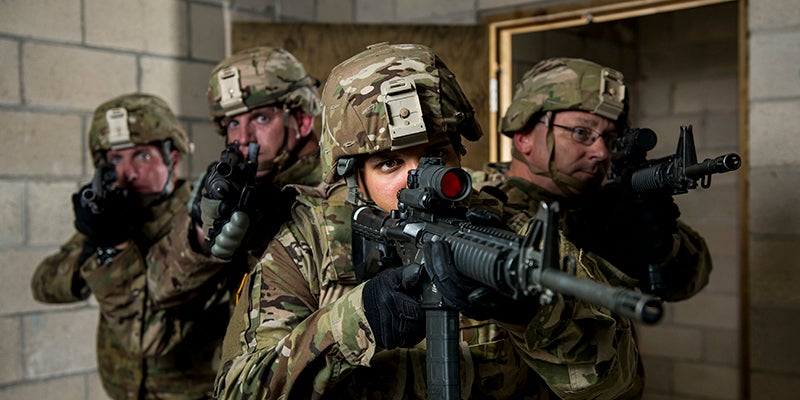 The U.S. Army and DoD are long overdue in addressing a significant capability and survivability shortcoming in its most fundamental formation—the infantry squad. Four percent of the total uniformed force—the infantry squad—has suffered almost 90% of U.S. military combat deaths since World War II. Although it is not surprising that front-line infantry Soldiers, Marines and Special Forces suffer casualties in higher proportion than the rest of the military, the United States must do everything feasible to minimize the blood spilled by its front-line warriors fulfilling their indispensable role in defense of the nation.

Addressing this shortcoming is a political, strategic and moral issue. To prevail against near-peer threats in the increasingly lethal 21st-century security environment, the United States requires a military that is dominant in close-combat fighting. It also requires leadership and a population that is resilient enough to maintain the political will necessary to see conflicts through even with inevitable casualties. This resilience only will be possible if the nation and its military keep faith with those who volunteer to fight, and perhaps die, in the most lethal 600 meters on the battlefield.

Despite the progress made in high-end combat by revisionist powers such as China and Russia, the U.S. military remains the world’s best. However, rivals have closed the gap in numerous areas and achieved near parity in others. It is time for the United States to shoot for the next level: overmatch. Changes in available technology, human factors science and talent management best practices make it imperative to modernize personnel policies, training methods and equipment at the speed of relevance to the challenges ahead.