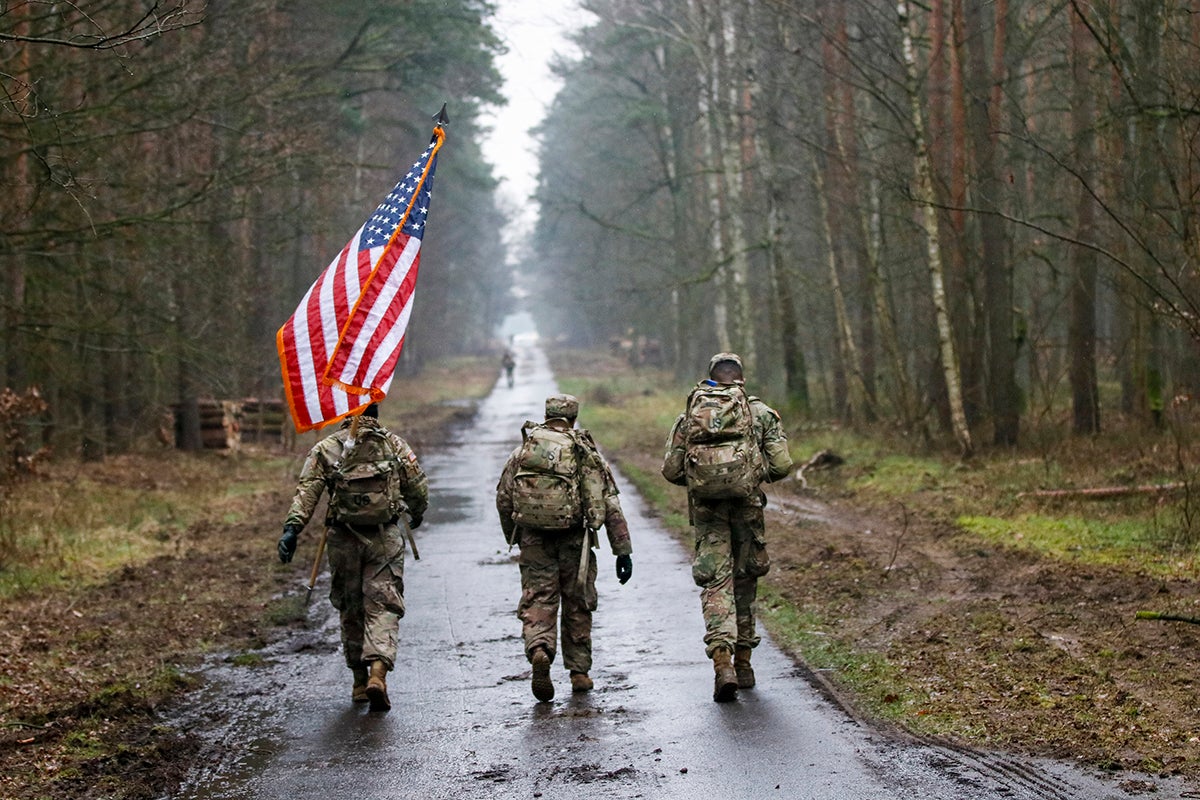 Apolitical means not interested in or connected with politics, or not connected to any political party.1 Lieutenant General James Dubik (2020) wishes to bring to light the need of maintaining an apolitical military in his essay, “Rebalancing Needed to Preserve Apolitical Military.”2 A politicized military exercises loyalty toward a single political party, creating the notion of a divided military. The military was created to protect and serve the country and its civilians in a democratic manner. However, if we were to view the military as a politicized organization, we would be throwing away any sense that they are here to serve and protect as loyal and selfless members of the nation. A politicized military would no longer be loyal to the country, but toward a political party. This would endanger their constitutional obligation: their oath to serve, protect and defend the Constitution of America.

An apolitical military is needed because, without it, the personal interest of politicians and the antics of war over peace would destroy the very foundation of the military; without an apolitical military, the division of political parties would cause the military to default in its constitutional obligation. No longer would it support and defend the Constitution against all enemies, foreign and domestic. Instead, it would serve politicians wanting to use it for their own personal gain.

We can view it like this: if there were to be a politicized military, the members of the military would get to pick and choose who they protect, why they protect, and when they protect, because of how each political party serves their own. Those in uniform can always exercise their rights as members of society, but not to the extent that they publicly identify with party ideology.3

I say, the way society functions can be placed in one simple word: idealization. Society seeks strong leaders and figures to guide it. One great example of this would be the electoral groups—each political party has different goals and promises that they make to citizens to gain their votes, thus creating separation throughout the nation. The military was created to break away from this notion of idealization. The way I see it, the military serves as an escape from the way politics and government separate the people. The apolitical military serves as a source of anonymity; it is an organization brought to protect, serve and maintain loyalty to its country. If we were to mix the ideals of politics and the military, the entire purpose of the military would be lost, because then they would just become “yet another influence group.”4 The people in uniform are still civilians, but, because of their uniforms, they cannot take roles as political figures.

The U.S. military does not belong to the president. Ours is a system of governance based on the system of rule of, by and for the people. The military belongs to the people it is charged with representing. It is an all-volunteer force designed to protect our safety and lifestyle, but the servicemembers are more than just a fighting force. They are leaders, humanitarians, and fellow civilians. The apolitical military ensures the safety and justice of not just the civilians and its government, but the entire nation. Society trusts the military because the military is not driven by desire, dominance, and greed. The military serves as a safety blanket to the nation, for we know that, with them, there is no hidden meaning, no hidden message, simply their sense of duty to selflessly serve, providing the rest of the nation—citizens just like them—with safety and refuge. Many civil wars around the world have happened due to the excessive and wrong use of the military by politicians. They turn political spite into blood baths between civilians who vowed to protect one another.

Dubik presents three paradoxes in his essay: the paradoxes of strength, proficiency and civic participation. Civic participation in particular brings to light exactly why the apolitical military must be preserved—not only because without it, the people would lose their selfless shield of protection, but also because without it, the military would become corrupted. Civic participation includes communities working together or individuals working alone with non-political actions to protect public values or change communities. If the military were not apolitical, servicemembers would not be engaged in civic participation at all. They would simply have political control over the people, and there would be no more democracy. It would be replaced with tyranny.

In the Capitol Riot last January, an estimated 21 Army veterans joined in the vicious and violent strike.5 Many rioters had one thing in common, as they were trying to subvert the U.S. government with a rebellion: they were former members of the military and police forces or were currently active in the armed forces. They decided to take action in political involvements and an attack which involved the unlawful destruction of federal property. These veterans didn’t only cause property damage, breaking and entering, but also allegedly arrived with the intentions of killing and harming political officials. Political ideology is something that lives strongly within American patriots, and this can cause them to commit heinous crimes, such as the ones committed in this riot. The Capitol building was sealed off, parliamentarians and staff were evacuated, and rioters occupied and inflicted damage on the building for several hours. During or shortly after the incident, more than 140 people were injured, and five people died.

The actions committed by these civilians and veterans provide an example of the wrongful idealization that politics can cause in the military. As members or veteran members of the U.S. military, all the violent affiliation toward the politically-driven riots shows us one example of how Dubik’s three paradoxes work in action. In the paradox of strength, the veterans and the military members are those who are bound to use their strength to protect and serve, not to commit violent acts against their own country and citizens. The paradox of proficiency and the paradox of civic participation mean that, correctly used, while individual servicemembers hold private beliefs, in the operation of their duties as America’s Soldiers they must act without any allegiance to political affiliations or political ideologies or opinions, fostered through social media or any other means.

Let’s put this into action. Say I was a U.S. Soldier who participated in a neighborhood gathering with other citizens, and the topic of politics arose. My main goal would be to steer away from the topic in its entirety, but, as a civilian, I would express my true wishes for a better America where people could be free and safe, such as the military promises. I would keep away from political parties or ideology, trying to educate others that the U.S. military is just people such as themselves who chose and swore by the Constitution of the United States of America to protect them, their safety and their liberty. Let it be heard: the military is loyal, it will never give into adversity, and it will always ensure that it maintains the protection of civilians.

Alanis J. Hilario Serrano was raised in a family of five and grew up in Trujillo Alto, Puerto Rico. For all of her schooling through high school, she attended Antilles Military Academy; in high school, she joined the Antilles Military Academy JROTC program and, as the school’s Battalion Commander, graduated as a Colonel. She was a member of the school’s Honor Society, the Color Guards, the Unarmed Eagles Drill Team and many other teams and clubs. Hilario is currently a student at the University of Puerto Rico in Rio Piedras, working on a BA in interdisciplinary studies.