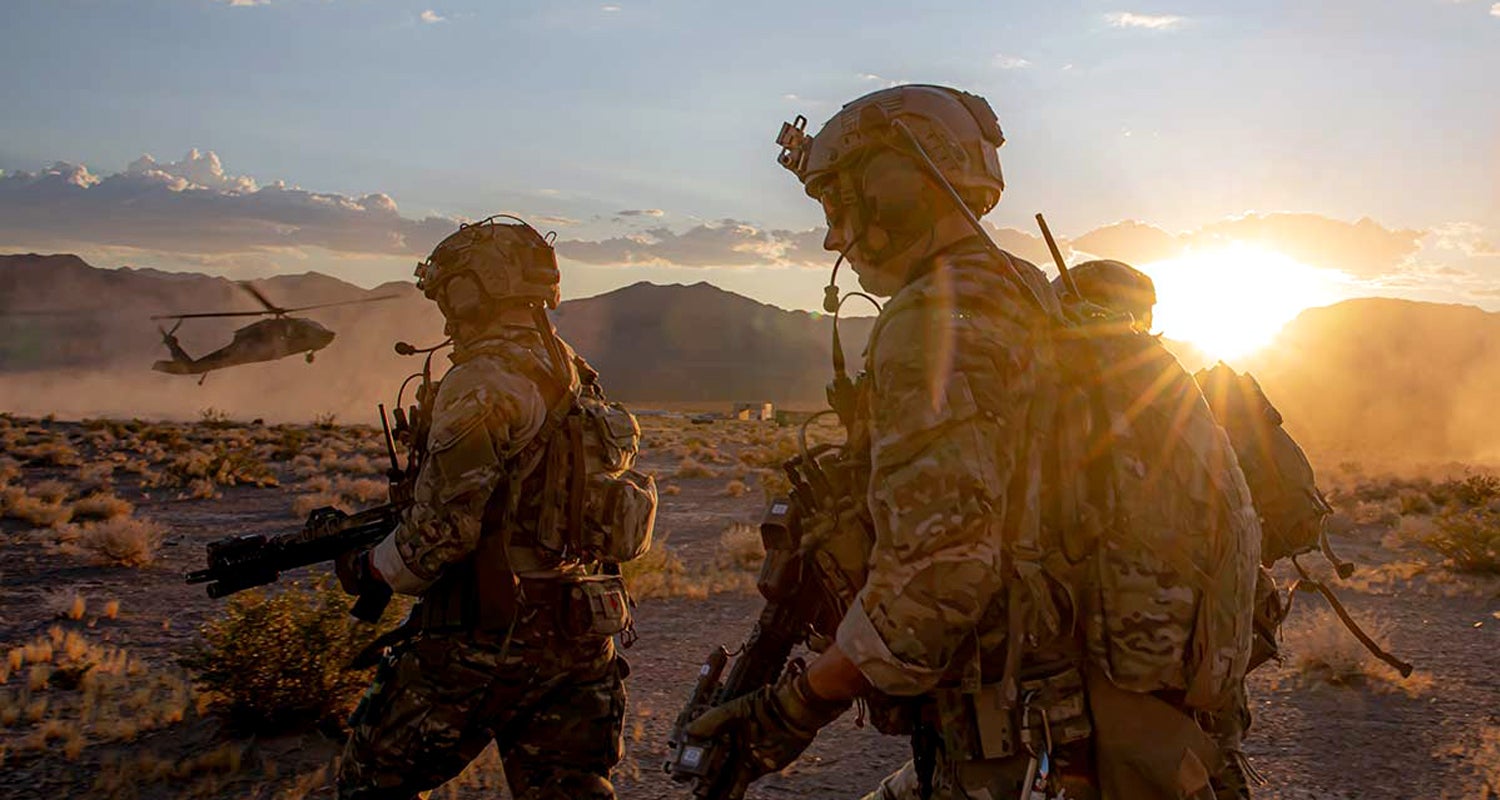 Russian and Chinese long-range fires, combined with non-lethal standoff able to shape the operational environment prior to conflict, have led the U.S. Army to conclude that AirLand Battle—the underlying doctrine for its operations—has been ‘fractured’. Under its current posture, US forces would struggle to enter theatre within a politically relevant timeframe, and U.S. sustainment capabilities would be under serious threat, if Russia were to launch an incursion into Eastern Europe. In response, the U.S. Army has developed a new operating concept, ‘Multi-Domain Operations’ (MDO). This concept calls for U.S. forces to have a calibrated force posture, with forward and rotational deployments, and pre-positioned stock, so that the U.S. can compete and deter adversaries below the threshold of armed conflict and be ready to fight if necessary. The second tenet of MDO is that the U.S. military must maintain multi-domain formations, capable of operating across land, sea, air, space and cyberspace, conduct information operations, and contest the electromagnetic spectrum (EMS). MDO describes manoeuvring across these domains as convergence, with tactical commanders needing to understand how their actions shape other domains, and exploiting successes, or guarding against vulnerabilities that may emerge in them. By manoeuvring across domains, U.S. forces seek to penetrate enemy anti-access and area denial (A2AD) systems, disintegrate them, exploit the breakdown of enemy cohesion to defeat their units in detail, and then set the terms to return to competition in a favourable position.

There are a large number of dependencies upon allies embedded within this concept of operations, from the permissions required to maintain a calibrated force posture, to critical expertise in order to effectively compete below the threshold of armed conflict. The U.S. Army has taken a methodical approach to developing the concept, first engaging stakeholders within the Army, then across the Joint Force, before entering discussions with U.S. allies. U.S. allies have been developing their own operational concepts, however, and embarking upon much-needed modernization efforts, in response to a growing threat from Russia. There is a risk that if the U.S. does not engage its allies early, and maintain a dialogue about MDO, U.S. capabilities will diverge from allied systems, making the level of integration necessary to achieve convergence unworkable. Given that the U.S. Army does not anticipate gaining all relevant MDO capabilities by 2028, ensuring interoperability with allies is essential.

The challenges of integrating allies with MDO may be split into two broad categories: capability gaps; and policy hurdles. To begin with capabilities, there is an underlying problem with language. The U.S. and its allies do not have a consistent way of describing the multi-domain environment. Without this common nomenclature it is difficult to have a common understanding of the battlespace. The language barrier also extends to systems. Many of the elements of a common operating picture—critical to converging effects—are derived from sensors, with data fusion increasingly automated. Without a common operating system underpinning allied artificial intelligence and autonomous platforms, however, existing parallel paths of development risk being incompatible. The second major capability gap is in the capacity of smaller allied states, deploying forces no larger than brigades, to support operations at echelon. As these states may not possess advanced cyber capabilities, or long-range precision fires, it is difficult for them to know what information is relevant to a U.S. Multi-Domain Formation, or what effects may be available to them. Finally, the training burden created by MDO, and the need to train with electronic warfare capabilities, is both prohibitively expensive to some allies, and difficult to carry out when there are not appropriately sized training grounds. The U.S. will likely need to support this training effort. Conversely, the U.S. will not understand how best to use allied expertise in the competition space if it does not train with its allies in conducting MDO.

The policy hurdles to MDO are in some respects more critical. In the first place, MDO is premised on the U.S. needing to confront China and Russia simultaneously. European allies, however, do not necessarily see China as a competitor. There is a risk that Russian information operations framing MDO as increasing tensions in Europe to enable the U.S. to confront China could gain traction, and make supporting the U.S. calibrated force posture politically difficult. Furthermore, long-range precision fires—likely to bring about a threat from comparable Russian capabilities—may see European allies unwilling to host such systems. While the U.S. may be able to find allies, such as Poland, willing to maintain such capabilities, this could imperil the progress of agreements aimed at improving military mobility across Europe, which would need German support. The issue of permissions is also a significant challenge in the development of cyber capabilities. To conduct cyber reconnaissance on allied soil will need the approval of the allied government. However, if this is being engaged in during peacetime with the object of competing with Russia, then the U.S. must work to ensure that there is sufficient trust and understanding of the activity to avoid a hostile public reaction.

The challenges to integrating allies with MDO outlined in this paper are not insurmountable, but they suggest that allies need to be engaged throughout the process as MDO is transformed from concept to doctrine.