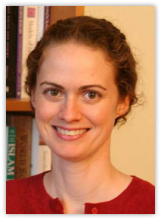 Dr. Johnson joined the Marine Corps War College as Dean of Academics and Deputy Director in November 2015. Previously, she served on the faculty at the Command and Staff College from 2009-2015 and as chair of the University’s Faculty Council from 2012-2015, where she oversaw the development of MCU's Quality Enhancement Plan to foster students’ creative problem solving abilities. Before coming to MCU, Dr. Johnson taught at The Georgetown Public Policy Institute at Georgetown University, and from 2004 to 2008 was an Assistant Professor in the School of International Service at American University. From 2003-2005 Dr. Johnson served as the Academic Director for the South Carolina Washington Fellows Program at the University of South Carolina. Additionally, she has lectured on Balkan history for U.S. police officers preparing to deploy to the international policing mission in Kosovo through Civilian Police International and has taught undergraduate international ethics at Sookmyung Women's University in Seoul, ROK. In 2006 she was selected to participate in the United States Institute of Peace's faculty seminar on "Global Peace and Security from Multiple Perspectives".

Dr. Johnson's current research explores how to develop and maintain moral fitness. Her most recent publication, “Serving Two Masters: When Professional Ethics Collides with Personal Morality” appeared in George Lucas’s Routledge Handbook of Military Ethics, 2015. Her chapter, “Ethical Requirements of the Profession: Obligations of the Professional, the Profession, and the Client” will appear in Finney and Mayfield (eds.) The Intersection of Profession and Ethics: Redefining the Modern Military (forthcoming). She also serves on the Council for the National Capital-Area Political Science Association.