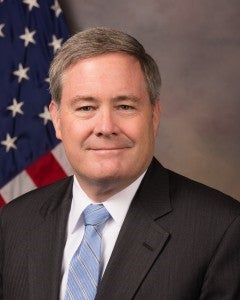 LTG (ret) Terry Wolff became the Deputy Special Presidential Envoy for the Global Coalition to Counter ISIL in November 2015, after taking a leave of absence from the Near East South Asia Center for Strategic Studies (NESA).

LTG (ret) Wolff previously served as the Director of Strategic Plans and Policy, J-5 for the Joint Staff from September 2011 until December 2013.  He retired in February 2014 after completing over 34 years of service.

He has extensive experience in Washington, DC working military strategy and policy matters as well as interagency affairs:  first on the Joint Staff as a Colonel; then nearly two years on the National Security Council as a Special Assistant to the President and Senior Director for Iraq and Afghanistan; over two years as the Joint Staff J-5; and now as the Deputy Presidential Envoy.

Commissioned from the Military Academy in 1979 with a BS in Engineering, he has Masters Degrees in International Affairs from Catholic University, the School of Advanced Military Studies at Fort Leavenworth and the Naval War College.