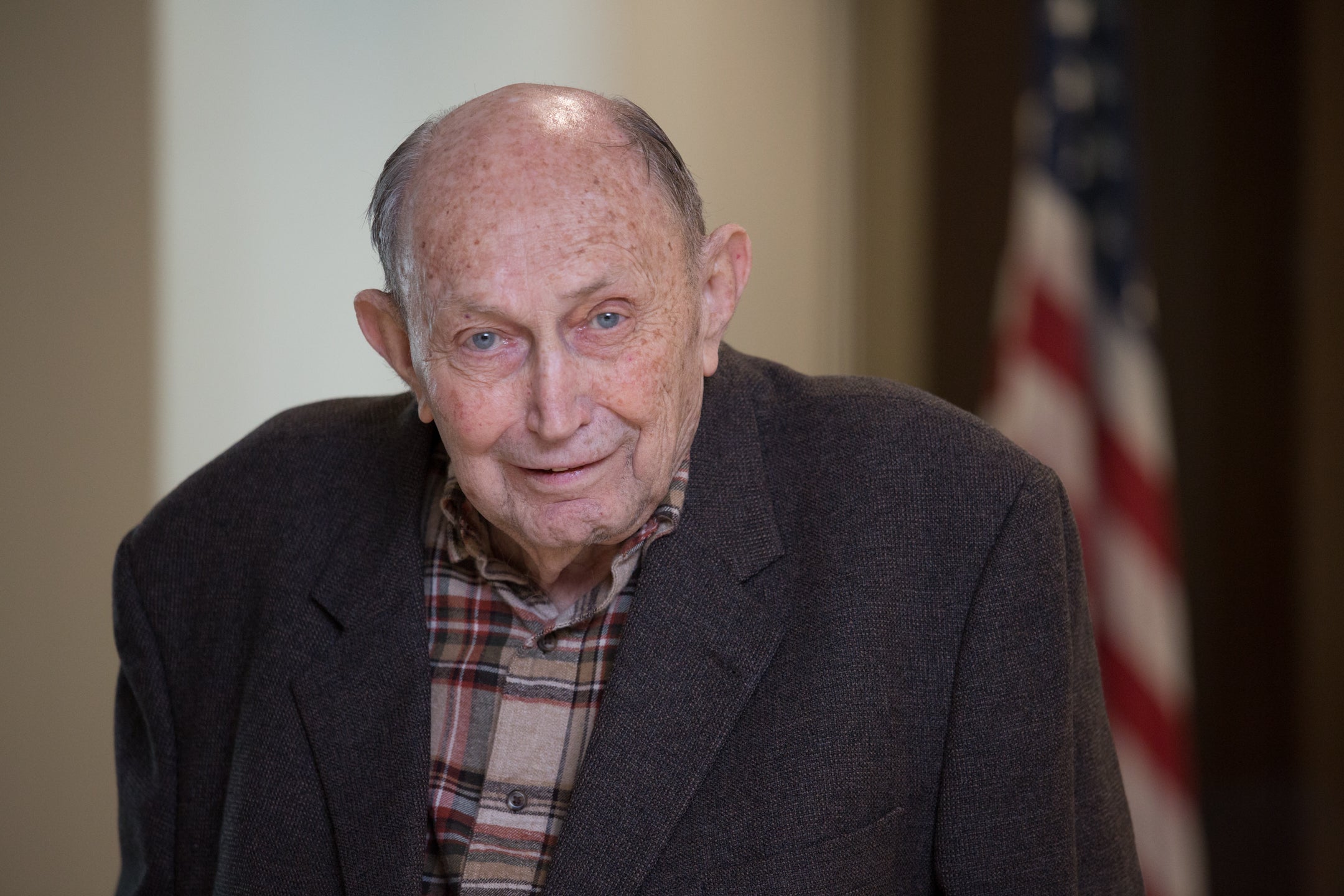 General Trefry was born in Newburyport, Massachusetts, and was raised in Marblehead, Massachusetts, graduating from Marblehead High School in 1942.  He completed his freshman year at Dartmouth College in 1943 and was inducted into the United States Army in June of 1943.

He served at several Army Air Force bases in the United States and Overseas in Greenland as a weather observer, radiosonde operator and upper air analyst from 1943 until February of 1946.  He entered the United States Military Academy in July of 1946 and graduated a 2nd Lieutenant of Field Artillery in June of 1950.

From July of 1958 to June of 1959 he commanded “D” Battery, 1st Battalion, 31st Artillery, 7th Infantry Division Artillery in Korea.  He converted this Battery from an 8 inch Howitzer Towed Battery to an Honest John Battery (762mm RKT).

After attending the Armed Forces Staff College in the spring of 1966, he activated the 2nd Battalion, 94th Artillery (175mm gun SP) at Fort Sill, Oklahoma and deployed it to Vietnam in September of 1966.  The Battalion was deployed with the U.S. Marines in Northern I Corps.  The Battalion minus was located at Camp Carroll and Dong Ha in support of the 3rd Marine Division operating in the Marine Quadrilateral (Gio Linh, Con Tien, Cam Lo, and Dong Ha) and other USMC outposts (The Rockpile, Calu and Khe Sanh.)  “A” Battery was deployed to the southern part of I Corps in support of the 1st Marine Division of Chu Lai.

Following a brief tour in ODCSPER, Department of the Army, General Trefry attended the U.S. Army War College in 1968-1969.  Upon graduation, he was assigned to Fort Hood, Texas as the Commander of the 1st Armored Division Artillery from 1969-1971, following which he became Chief of Staff of the 1st Armored Division and remained in this position when the Division was redesignated the 1st Cavalry Division in May of 1971.

In February 1973 he was promoted to Brigadier General and assigned to the combined position of Deputy Chief, JUSMAAG, Thailand and Defense Attaché, Laos.  In this position he was the Commander of the Joint U.S. Military Assistance and Advisory Groups in Laos and was the principal military advisor to the United States Ambassador and the senior American military advisor to the Royal Government of Laos from February 1973 to December 1974.

From January 1975 to June 1975 he was Director of Human Resources, Office of the Deputy Chief of Staff for Personnel and was responsible for policies involving the morale and welfare of all Army personnel and their families.  From June of 1975 to November of 1976 he was the Assistant Deputy Chief of Staff for Personnel for the Army and his principal responsibilities were supervising the formulation and execution of personnel programs, personnel policies and the personnel budget of the Army.  He was particularly involved in the U.S. Army Reserve and Army National Guard Activities, serving as a member of the Army Reserve Forces Policy Council.  During his tenure, individual training program forecasts and accountability were completely revamped.  He also served as the Special Assistant to the Chief of Staff of the Army and to the Secretary of the Army during the West Point cheating scandal of 1975-1976.

From November 1976 to November 1977, General Trefry was assigned to the Office of the Chief of Staff of the Army as the Director of Management.  He was responsible for studies and regulations involving Army management such as the 1977 Base Closing Studies; the Army Intelligence and Organizational Stationing Study; the Army Security Assistance Program; the Army Test and Evaluation Program; the reorganization of Army Inspection and Audit activities; the implementation of contracting Army in-house activities; as well as other similar studies.  As the Director of Management he was also responsible to the Chief of Staff for the management and assignment of Army General Officers.

In 1977 he was assigned as the Inspector General of the Army, in which position he served until he retired from active duty in August, 1983. As the Inspector General, he completely revamped the Nuclear Weapons Inspection system and procedures of the Army.  He initiated and completed several other special inspections such as conventional ammunition; and a proposed regimental replacement system.  He developed and codified procedures for both systems and compliance type inspections throughout the Army.  He conceived and executed an inspection of two years duration involving force modernization, force integration and force management, culminating in the institution of new force management procedures and the introduction of several professional management development courses on these subjects throughout schools and commands of the Army.

Since retiring, General Trefry has served as a consultant to several local and national businesses.  He has conducted a worldwide review of the Army Club System for the Chief of Staff.  He also conducted several reviews of special operations activities and from time to time has made special reviews of Army activities for both the Chief of Staff and The Army Secretariat.

In 1989, he conducted a review of military support activities at the White House and from January 1990 to February 1992, served as the Military Assistant to President George Bush and as the Director of the White House Military Office.

General Trefry has served as the Vice President for Administration and is currently on the Board of Directors of the Army Emergency Relief Association.  He served from 1988 to 1995 as Vice President of the U.S. Army War College Alumni Association and from 1993 to 1996 as a member of the Board of Governors of the Army and Navy Club of Washington, D.C.  He currently serves on the Membership Committee of the Club.

From 1987 to 1993 he was a member of the Special Operations Policy Advisory Group which served the Chairman of the JCS, SECDEF, and the Assistant Secretary of Defense SO/LIC.

Since 1984 he has been a Senior Fellow of the Institute of Land Warfare of the Association of the United States Army.

From 1987 to 1989 and from 1992 to the present, General Trefry has served as Executive Vice President and First Vice President of Military Professional Resources, Inc., a private consulting firm in Alexandria, Virginia.  He was one of the original founders of this organization.

In 1992, General Trefry chaired a review of Personnel Security matters at the Federal Emergency Management Agency.

Since January 1997, General Trefry has served on the Board of Directors of American Military University, Manassas, Virginia.

He teaches and speaks frequently at service schools, public and private organizations and at public and private schools and colleges and he has authored several articles for publication for the Institute for Land Warfare and other services periodicals and journals.

General Trefry is married to the former Jacquelyn Dahlkoetter of Stanton, Nebraska and resides in Clifton, Virginia.