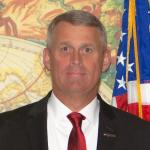 He grew up in Babbitt, Minnesota and graduated from the United States Military Academy with a Bachelor of Science Degree and was commissioned a second lieutenant in the Field Artillery. He attended the U.S. Naval Postgraduate School in Monterey, California, where he was awarded a Master of Science degree in Operations Research and Systems Analysis. He graduated from the Kenan-Flagler Business School’s Executive Development Program at the University of North Carolina.

Dave’s last active duty assignment was the U.S. Army Assistant Chief of Staff for Installation Management, where he transformed the business approach to the global installation management and programmed the $19B annual energy, general services, force protection, construction and quality of life programs for over 154 installations in the Total Army. He has served in various staff and leadership positions including command at every level from Battery to Post Command to the Commanding General of the U.S. Army Installation Management Command. He has served in Continental America, Europe, Korea, Panama, and South West Asia. His staff positions, focused on program development, testing, concept and requirement development, strategic planning, cost-benefit and risk analysis, with assignments as the Senior Military Analyst in the Joint Wargaming and Policy Division of the U.S. Southern Command in Panama, joint requirements and Army budget development in positions such as the Commander in Chief Team Chief in the Office of the Chief of Staff of the Army, Program, Analysis, and Evaluation Directorate. He was the Central Command J3, Chief of Plans, and planned, coordinated, and executed war plans for OPERATION ENDURING FREEDOM and OPERATION IRAQI FREEDOM after 9-11. He deployed as the Deputy Commanding General (Support) for the 4th Infantry Division for OIF 5/7. After his deployment, he assumed duties on the Army Staff, as the Director of Operations, Readiness, and Mobilization, G-3 and then became the Director of Force Development, G-8, where he developed the RDT&E investment, modernization and equipping programs for the Army totaling $200B across the POM. He transformed the training and modernization as the Commanding General of the U.S. Army Fires Center of Excellence and Fort Sill, Oklahoma, where the Air Defense and Field Artillery merged under one post. Dave served as the Deputy Commanding General, U.S. Army Training and Doctrine Command where the newest doctrine and concepts were developed, along with leader development, training and learning models programs were revamped.