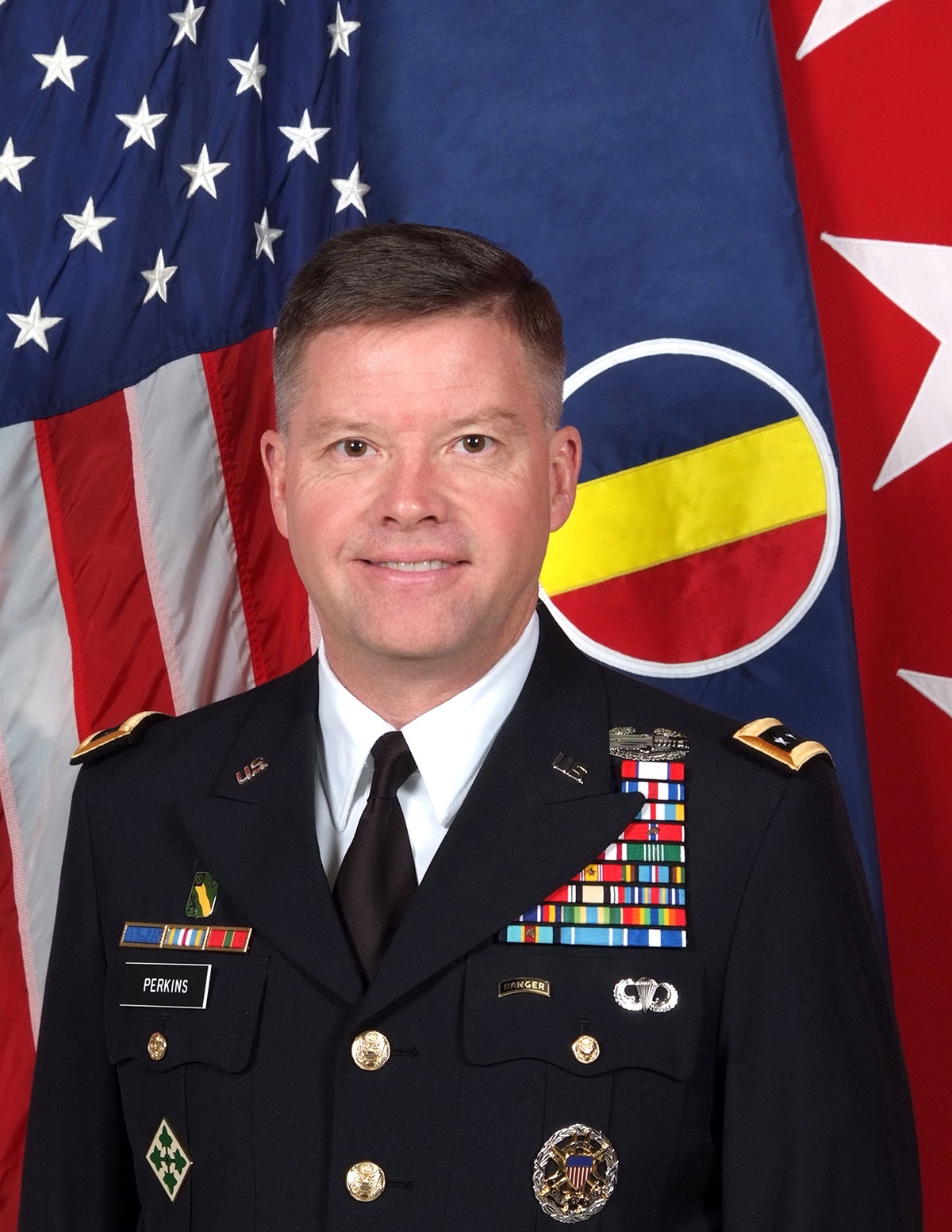 General Perkins was the 21st Commander of the United States Army Combined Arms Center from November 2011 to February 2014, where he was the lead for synchronizing leader development across the Army, the management of the Army’s training support and training development enterprises, and the development and integration of the doctrine the Army uses to fight and win our Nation’s wars. Previously General Perkins served as the Commanding General of the 4th Infantry Division (Mechanized) where his primary mission was to assist and develop the Iraqi Security Forces in U.S. Division-North to take security responsibility following the transition of U.S. Forces from Iraq.

General Perkins also served as the Brigade Commander for the 2nd Brigade, 3rd Infantry Division (Mechanized) during the invasion of Iraq, commanding the unit’s “Thunder Run” into Baghdad and subsequent stability operations in support of Operation Iraqi Freedom, where he earned the Silver Star, the nation’s third highest award for valor. General Perkins was commissioned into the Armor Branch upon graduation from the United States Military Academy at West Point in 1980. In addition to the posts noted above, he held leadership positions in armor and mechanized infantry units in Europe, the United States, and the Middle East. He also held a number of key staff assignments, including Deputy Chief of Staff for Strategic Effects for Multi-National Forces-Iraq, Deputy Chief of Staff for Operations for United States Army Europe, and Special Assistant to the Speaker of the House, United States House of Representatives.