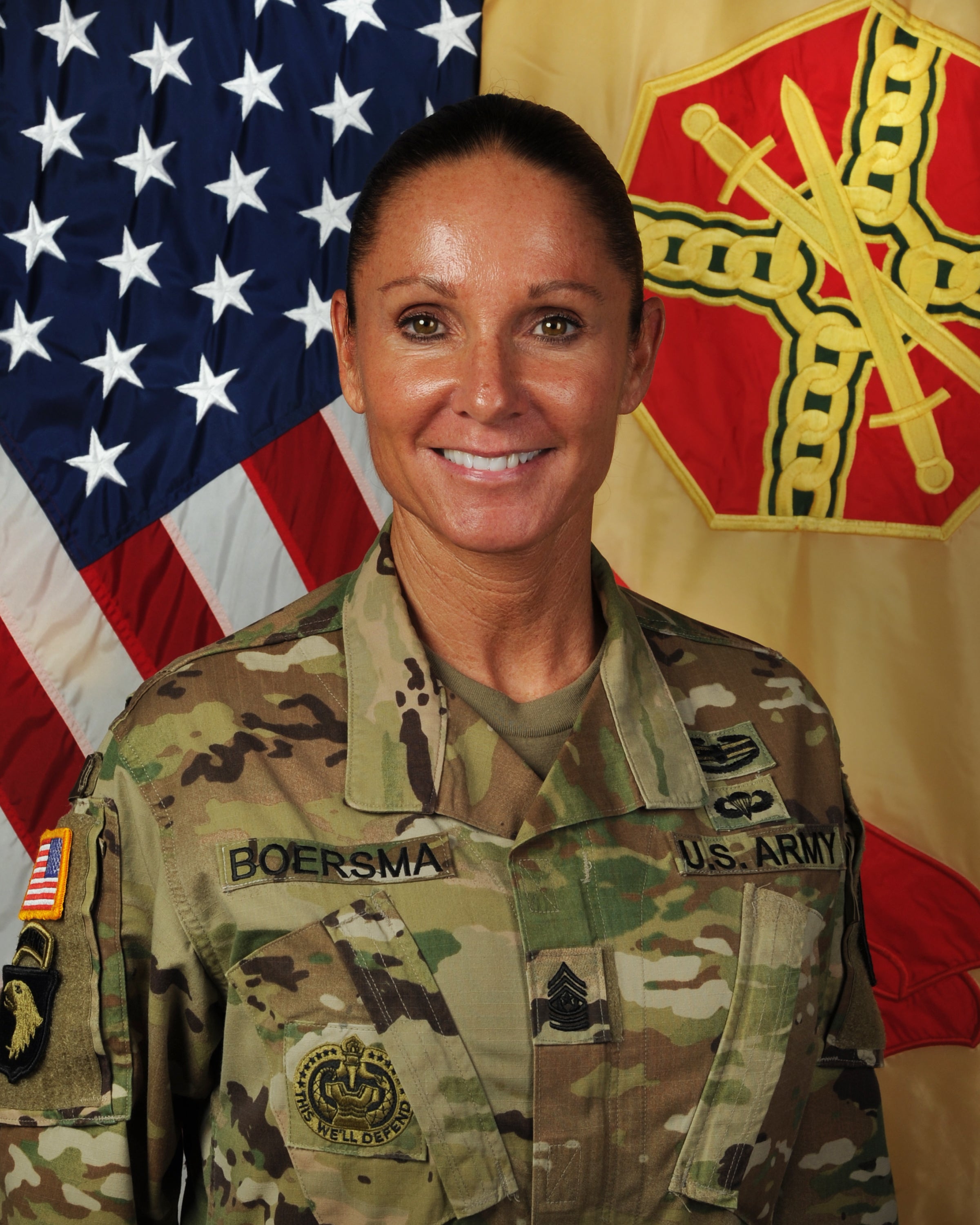 CSM Boersma has served in a variety of duty positions, from team leader to Command Sergeant Major. She also served as a drill sergeant and drill sergeant leader and was named the Army Drill Sergeant of the Year 2003.