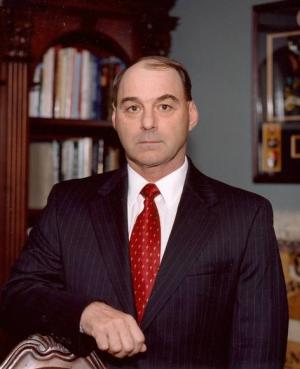 COL Joseph D. Celeski retired from a thirty-year career with the U.S. Army in September, 2004 after successful completion of commanding the 3rd Special Forces Group (Airborne), Fort Bragg, North Carolina. He assumed command of the Group in May 2002 in Afghanistan where he also served as the commander of the Combined and Joint Special Operations Task Force (CJSOTF) for two tours in Operation ENDURING FREEDOM. His published works include articles on Special Forces in Somalia, the use of Special Forces in joint urban combat, and three monographs on Counterinsurgency in the 21st Century (JSOU Press).

Colonel Celeski enlisted in the Army in 1974 as an armor crewman and served in the 1st AD. Upon promotion to sergeant, he entered OCS and was commissioned in February 1978 as an armor officer. He attended the Armor Officer Basic Course at Fort Knox and served in the Federal Republic of Germany. As a member of 3/64th Armor, 3d Infantry Division, Colonel Celeski served as an M-60A1 tank platoon leader, battalion motor officer, and company commander of an M1 tank company.

During 1983, Colonel Celeski attended the Infantry Advanced Course at Fort Benning, Georgia, followed by attendance at Columbus College in the Degree Completion Program, where he obtained a BS in Political Science. After graduation, Colonel Celeski volunteered for Special Forces, attended the SFQC and was assigned to the 5th Special Forces Group (Airborne) as an SFOD-A Commander and as the B500 Company Commander in El Paso, Texas. From 1988 to 1989, Colonel Celeski attended DLI for Modern Standard Arabic and was subsequently assigned as an advisor in the Royal Jordanian 1st Armor Battalion. Following that assignment, he attended CGSC at Fort Leavenworth, Kansas. Upon his graduation, he returned to the 5th SFG(A) at Fort Campbell, Kentucky, and served as the S3 of the 1st Battalion and then as the Group S3. Colonel Celeski attended the Armed Forces Staff College and served a tour with SOCCENT as the Ground Operations Officer in the J3 and as the Deputy J5 for Plans and also served in Somalia. He returned to the 5th SFG in June 1996 to serve as Commander of the 2nd Battalion. Upon completion of battalion command, Colonel Celeski was assigned to the USASFC(A), where he served as the G3 and then the Chief of Staff until attending the Army War College. Upon graduation, he served as the CJSOTF Commander in Sarajevo, Bosnia- Herzegovina, in support of NATO’s Operation JOINT FORGE. His last assignment, prior to assuming group command, was as Deputy Commanding Officer, U.S. Army Special Forces Command (Airborne). He became a fully qualified Joint Officer and was also trained in the Arabic Language.

Colonel Celeski is also a graduate of the Marine Amphibious Warfare Course, the U.S. Air Force Command and General Staff College, and the Army Force Management Course. Colonel Celeski was designated as a Joint Specialty Officer during his career. He holds a Masters Degree in Public Administration from Shippensburg University, Pennsylvania and a Master’s Degree in Strategic Studies from the Army War College, Carlisle, PA.