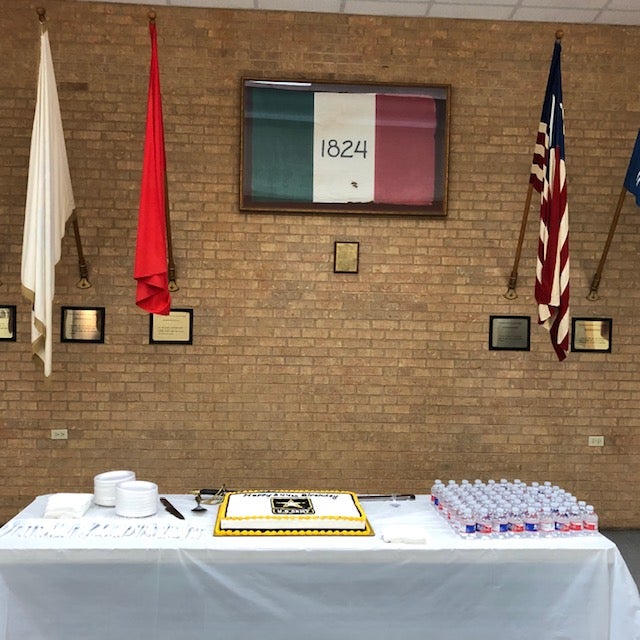 On 14 June 2019, the Texas Capital Area Chapter of the Association of US Army celebrated the 244th Birthday of the United States Army.  The event has held at Camp Mabry in Austin, Texas.  It was well attended by members for the Texas Army National Guard, US Army retirees, Department of the Army civilian employees, and members of the US Army Futures Command staff.  The celebration was held in coordination with the Texas Capital Area Chapter general meeting which featured a presentation on the recent visit to Normandy France by our chapter President, MG (Ret) Robert Halverson and 1st VP, COL (Ret) Garry Patterson.