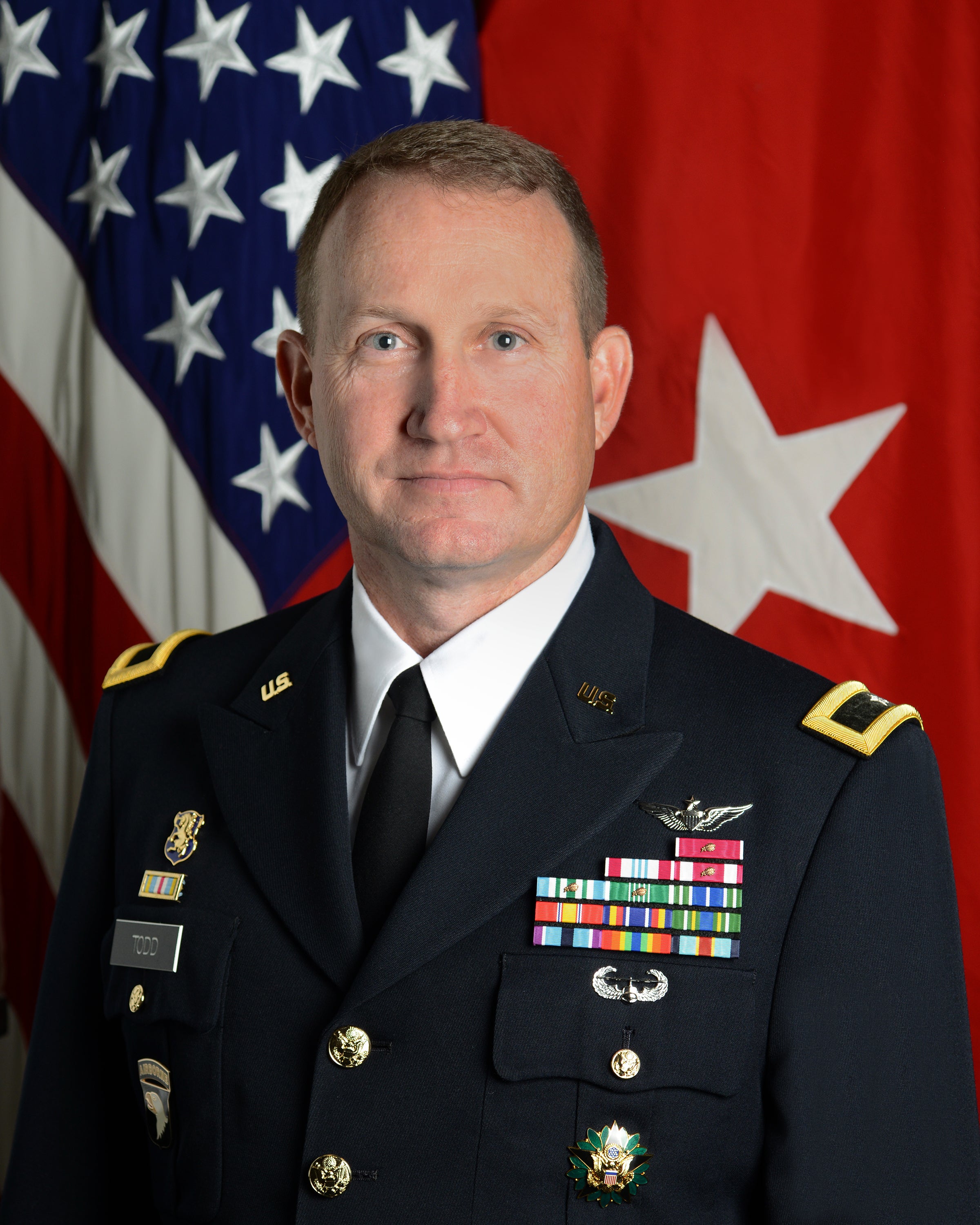 Todd earned a bachelor of science in business administration from The Citadel in 1989 and received his commission as a second lieutenant upon graduation. He is a graduate of the Aviation Officer Basic Course and Initial Entry Rotary Wing training. Todd is also a graduate of the OH‐ 58 and H‐60 Maintenance Test Pilot Course, the Army Aviation Officer Advance Course, as well as the Command and General Staff  Officer Course. He holds masters of science degrees in contract management and strategic studies from the Florida Institute of Technology and U.S. Air War College, respectively.

Todd joined the Army Acquisition Corps in 1996 and served early on at Aviation and Missile Command as a contracting officer for the Patriot Missile and Comanche Helicopter programs. He also served as chief, special programs operations and as the executive officer to the director, Defense Contracts Management Agency. In program management, he served as the assistant product manager for Air Warrior, Program Executive Office Soldier; product manager for the CH‐47F Improved Cargo Helicopter program; and project manager for the Utility Helicopters Project Office. Todd then served on the Army staff  as director for Aviation, Intelligence and Electronic Warfare, Office of the Assistant Secretary of the Army for Acquisition, Logistics and Technology.

He led team deployments into Iraq and Afghanistan to equip and train combat aviation brigades of the 101st Airborne Division (Air Assault) and 25th Infantry Division. Todd also deployed as the chief of contracting for Joint Task Force Bravo in support of Hurricane Mitch disaster relief efforts in Central America.