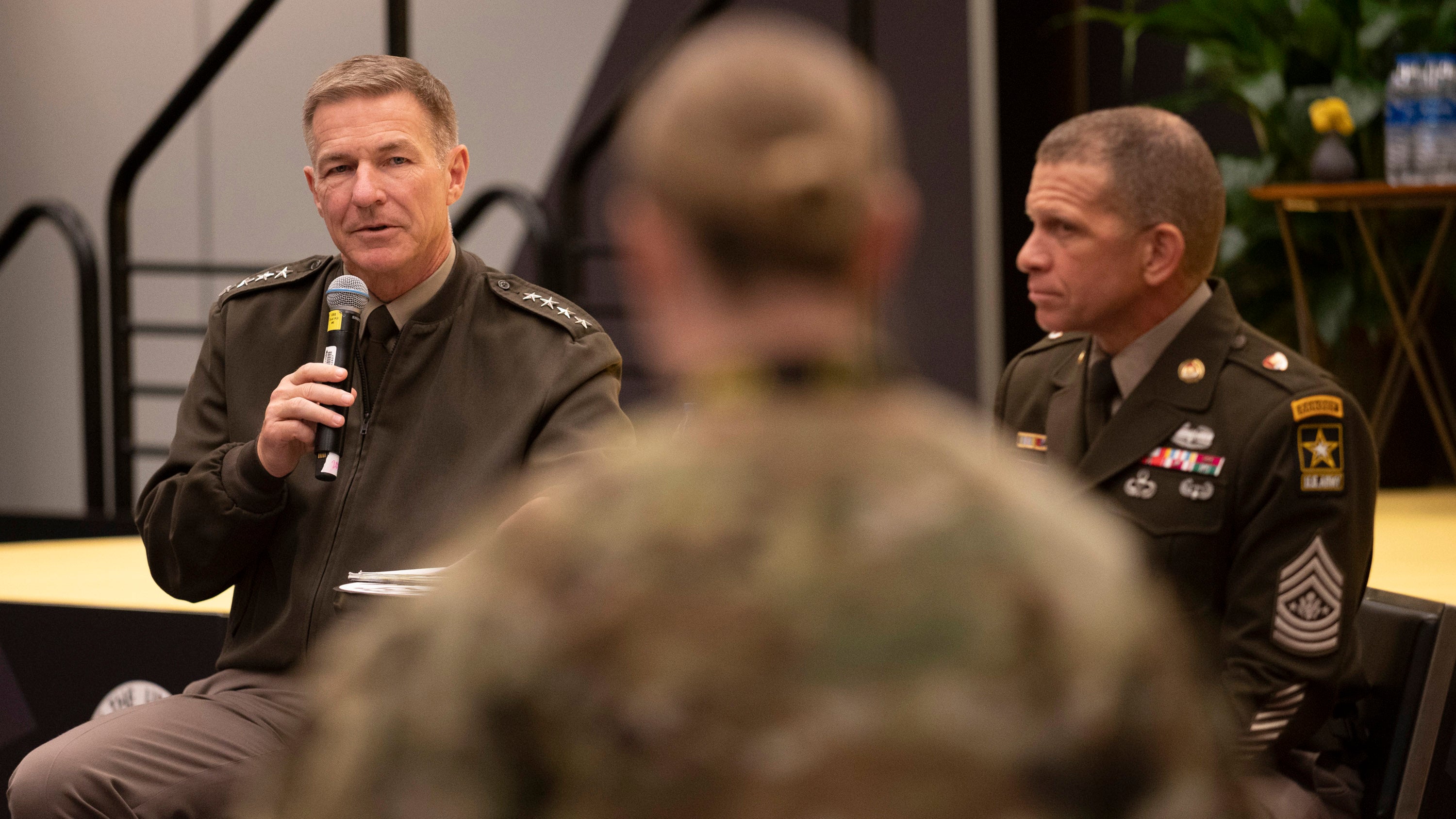 A three-day Leader Solarium organized by the Association of the U.S. Army’s Center for Leadership in conjunction with the association’s 2022 Annual Meeting and Exposition focused on strategies for how junior leaders—enlisted, officer, warrant officer and Army civilians—can be inspired team leaders.

With topics like how to make recommendations that stick, forgiving a subordinate’s honest mistakes, leading diverse teams and being a purposeful leader, the Solarium looked at how to be thoughtful leaders and create teams that want to stay in the military.

Walls in the Solarium room were filled with inspirational notes about what leadership can mean in the Army. One said, “Every soldier is an Army influencer. If every soldier would tell a good story via a professional media account, it could incentivize being an NCO.”

Another suggested mandating nutrition classes and modifying dining facility menus because what’s being served today doesn’t include options for optimal physical performance. Another suggested that no soldier should be assigned overseas without having command sponsorship, because spending six to eight months away from a spouse immediately after completing advanced individual training can strain young marriages.

Asked what they were proud of as a leader, one anonymous note said that they “kept in contact with every soldier I ever led, and I guide them regardless if they stayed in or got out.”

A soldier wrote that they were proud that one of their soldiers trusted them enough to talk about a personal family issue. Another said a soldier confided that they wanted to kill themself while the team was deployed. “I intervened and assisted the soldier. He is alive today and is a husband and a father.”

In the Solarium’s final session on Oct. 12, several teams made presentations to Army Chief of Staff Gen. James McConville and Sgt. Maj. of the Army Michael Grinston and received immediate and mostly supportive feedback.

Several groups had presentations about improving Army recruiting by giving more positive attention to what it means to be a soldier. One idea, endorsed by the two leaders, called for Army units to send volunteers to nonmilitary towns to do civic projects. The only concerns involved how long the projects might last and the fact that the Army doesn’t force any soldier to take part in volunteer activities.

One presentation called for a film series that features the real lives of soldiers, an idea McConville said was already under consideration. The Army thought it had a filmmaker lined up, McConville said, but they decided to feature a different service branch.

One group talked of changing the Army’s recruiting slogan to something focused on making the Army sounds exciting and selective. One idea was for a motto that said, “Do you have what it takes to join today’s Army?”

“I think there is something there,” McConville said.

There were several ideas to improve recruiting that would have small teams sent for several months to places were recruiting has been difficult. McConville and Grinston didn’t completely reject the ideas, acknowledging this has been a challenging area.

The room was full of ideas, and the two leaders extended what was to be a two-hour session to hear more from the young leaders.