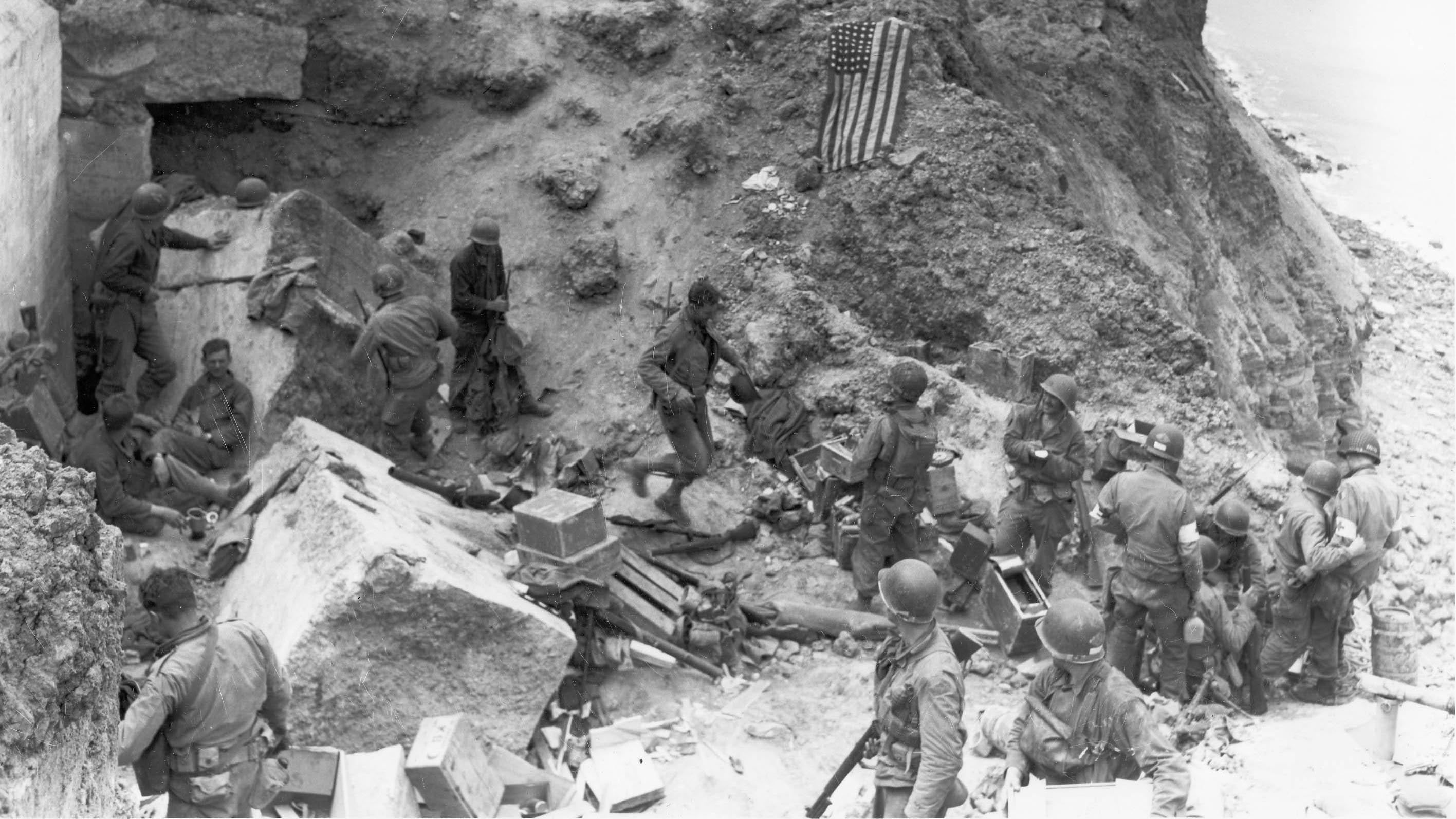 Seventy-eight years after they stormed the beaches of Normandy, France, Army Rangers are being honored for their service and valor during World War II.

Members of the all-volunteer World War II Ranger battalions will soon receive the Congressional Gold Medal, Congress’ “highest expression of national appreciation for distinguished achievements and contributions,” according to a House of Representatives website on the medal.

The U.S. Army Rangers Veterans of World War II Congressional Gold Medal Act was signed June 7 by President Joe Biden. The bill passed the Senate last October and the House on May 11.

“U.S. Army Ranger veterans of World War II … played a crucial role in the D-Day invasion in Normandy, which began 78 years ago yesterday,” Biden said June 7. “This elite group once numbered 7,000, but now it’s down to 12. A dozen left. On behalf of our nation, we want to thank them for their heroism and their service.”

The Association of the U.S. Army supported and helped advocate for the legislation, and retired Command Sgt. Maj. Jimmie Spencer, an AUSA senior fellow who served as an Army Ranger, is on the committee designing the Rangers’ Gold Medal.

During World War II, the Army activated six Ranger battalions, according to an Army website on the Rangers. The Rangers fought in North Africa, including in the critical Battle of El Guettar; Europe, including during the D-Day invasion; and the Pacific, from the Philippines to the China-Burma-India Theater, according to the Army.

The Rangers earned their motto as the 2nd and 5th Ranger Battalions took part in the D-Day landings at Omaha Beach.

“It was during the bitter fighting along the beaches that the Rangers gained their motto, ‘Rangers, lead the way!’ ” according to the Army.

Former President Ronald Reagan hailed the soldiers of the 2nd Ranger Battalion, who scaled a German artillery battery at Pointe du Hoc during the Normandy invasion as “the heroes who helped end a war.”

“The Rangers looked up and saw the enemy soldiers at the edge of the cliffs, shooting down at them with machine guns and throwing grenades. And the American Rangers began to climb,” Reagan said in a 1984 speech marking the 40th anniversary of the D-Day invasion. “They shot rope ladders over the face of these cliffs and began to pull themselves up. When one Ranger fell, another would take his place. When one rope was cut, a Ranger would grab another and begin his climb again. They climbed, shot back, and held their footing.”

Lester Cook, a World War II Army Ranger, spoke about his journey to the Army’s elite infantry unit prior to his death during a conversation with the staff of Sen. Joni Ernst. The Republican from Iowa and Sen. Tammy Duckworth, Democrat from Illinois, led the effort to pass the legislation honoring the Rangers. Ernst and Duckworth are both retired Army officers.

“I got in the Army, and we were called up to active duty, then war was declared on Sunday morning,” Cook said. “A notice had come out on a bulletin board about the Army Rangers. I’d never heard of a Ranger, but I was bored with the infantry, so I signed up.”

Cook reflected on what receiving the Congressional Gold Medal means for his fellow Rangers.

“For a lot of people that didn’t get anything, that would help them out,” he said.