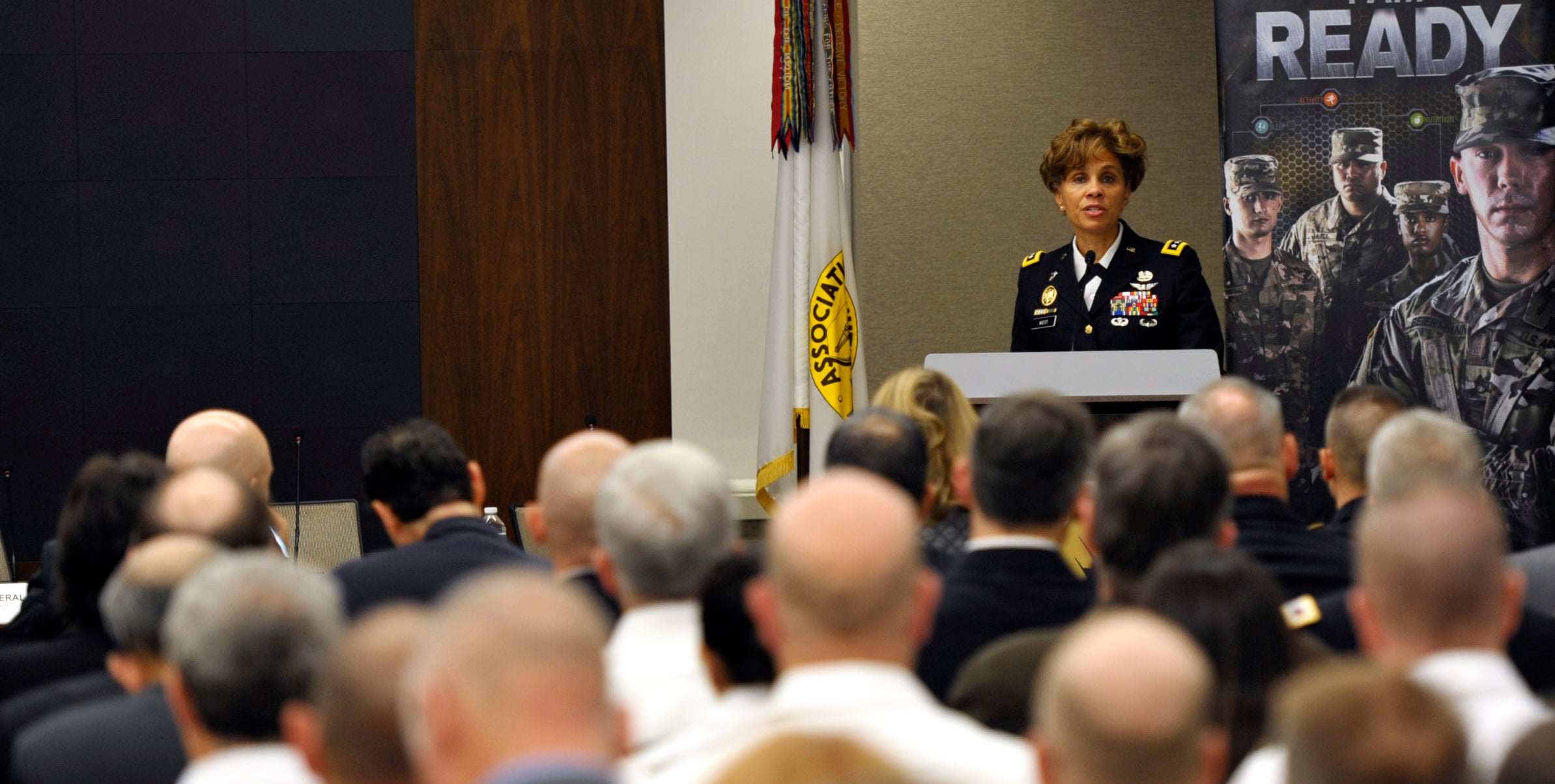 West gave the opening and closing remarks at the one-day professional development seminar “Army Medicine Enabling Army Readiness Today and Tomorrow,” hosted by the Association of the U.S. Army’s Institute of Land Warfare. The Hot Topic forum was held in AUSA’s Conference and Event Center in Arlington, Va.

“Usually, you have one medic with your platoon or squad,” she said. “But the next person, perhaps an infantryman—or woman—also needs to know what to do for an amputation or a gunshot wound.”

West said all soldiers are now trained in the basic use of tourniquets. “Not only our medics but our soldiers, our nonmedical soldiers, have tourniquets in their kits and know exactly how to put them on,” West said. “That has saved a lot of lives right there.”

Freeze-dried plasma is another development helping to save soldiers’ lives, West said. It doesn’t yet have full approval from the Food and Drug Administration, she said, but some special missions units are already using it.

“All you have to do is reconstitute with water, shake it up and within six minutes, it’s ready to inject,” she said. That’s compared to carrying around heavy IV bags and using “blood that requires special handling, needs refrigeration, and expires after time.”

West said dominant air superiority enables evacuation of  wounded soldiers almost at will, but large-scale combat against a near-peer adversary might be a different story.

In that regard, virtual medicine is proving to be beneficial,  she said. For example, a medic treating a soldier with a shredded artery who cannot immediately be evacuated can send images to, and interact with, a vascular surgeon hundreds or thousands of miles away and receive virtual instructions in what to do to keep that soldier alive.

West said the Army medical community is all about “getting a rapid return” on the kinds of innovations that used to take years to reach the field. Today, she said, the mantra is: “As fast as we can get a solution to the soldiers.”