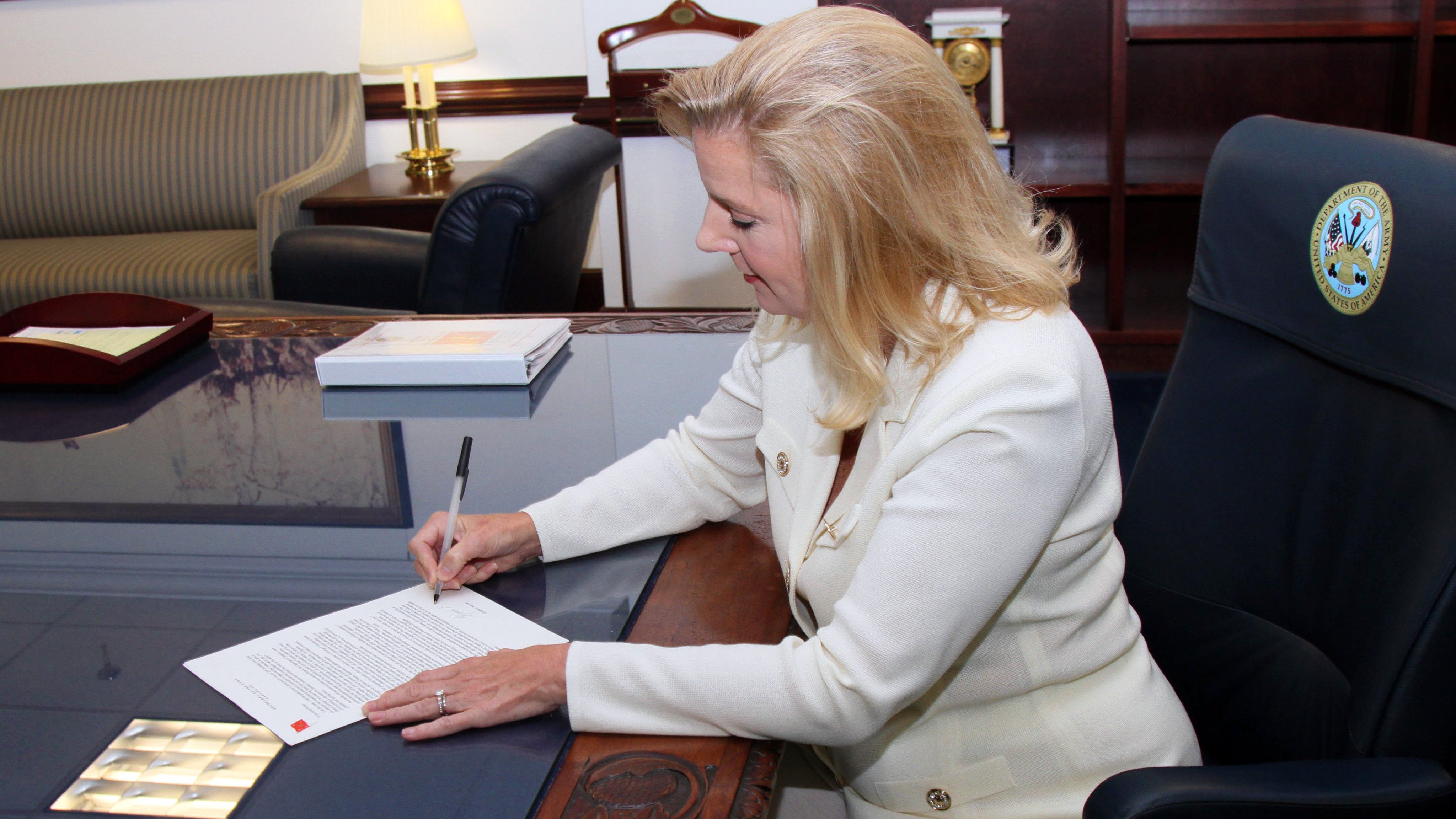 Taking care of people while transforming the Army for the future are among the top priorities of the new Army secretary.

Christine Wormuth, who made history May 28 as the first woman to become the Army’s top civilian leader, called it a “distinct privilege” to “lead the finest men and women that our great Nation has to offer.”

In a June 1 letter, her first to the force, Wormuth said she and Army Chief of Staff Gen. James McConville will work to “ensure we provide the Army with the resources it needs to succeed through our priorities of People, Readiness, and Modernization.”

Wormuth, an experienced national security expert who previously served as defense undersecretary for policy and most recently was director of the International Defense and Security Center at the Rand Corp., takes the lead as the 25th Army secretary as the service works on its biggest and most ambitious transformation and modernization effort in decades.

It also is grappling with issues of diversity, equity and inclusion, and is fighting to eliminate sexual assault and harassment, suicide and extremism in its ranks, all while soldiers remain in high demand for missions at home and overseas.

The Army also is facing tightening budgets—its fiscal 2022 request, released the same day Wormuth was appointed to the job, calls for a $173 billion budget, a $3.6 billion reduction from the previous year.

In her letter, Wormuth said she is committed to “continually transforming our forces.”

“Without fail, the Army will continue to provide ready forces capable of responding globally,” Wormuth wrote. “I will ensure the Army continues to adapt and stay ahead of the capabilities of our adversaries, whether they are near-peer nations or newly emergent threats.”

The Army also must maintain readiness, Wormuth said, and “strike a difficult balance between meeting the demands of current operations while also preparing for the future.”

Through it all, “our people are the priority effort,” Wormuth said. “Character and culture matter. I will do my utmost to ensure we have a healthy command climate which fosters Army values at every installation, securing the well-being of our people.”

This includes recruiting and retaining diverse and quality talent and providing “the best quality of life possible” for soldiers, families and civilian employees, she said.

“I could not be prouder and more humbled to have this opportunity to serve as the Secretary of the Army,” said Wormuth, whose grandfather and father-in-law served in the Army and whose sister still serves in the Army Reserve. “I look forward to meeting with and hearing from many of you in the coming months, and I’m excited about what we can do for our Nation together.”

The full letter is available here.