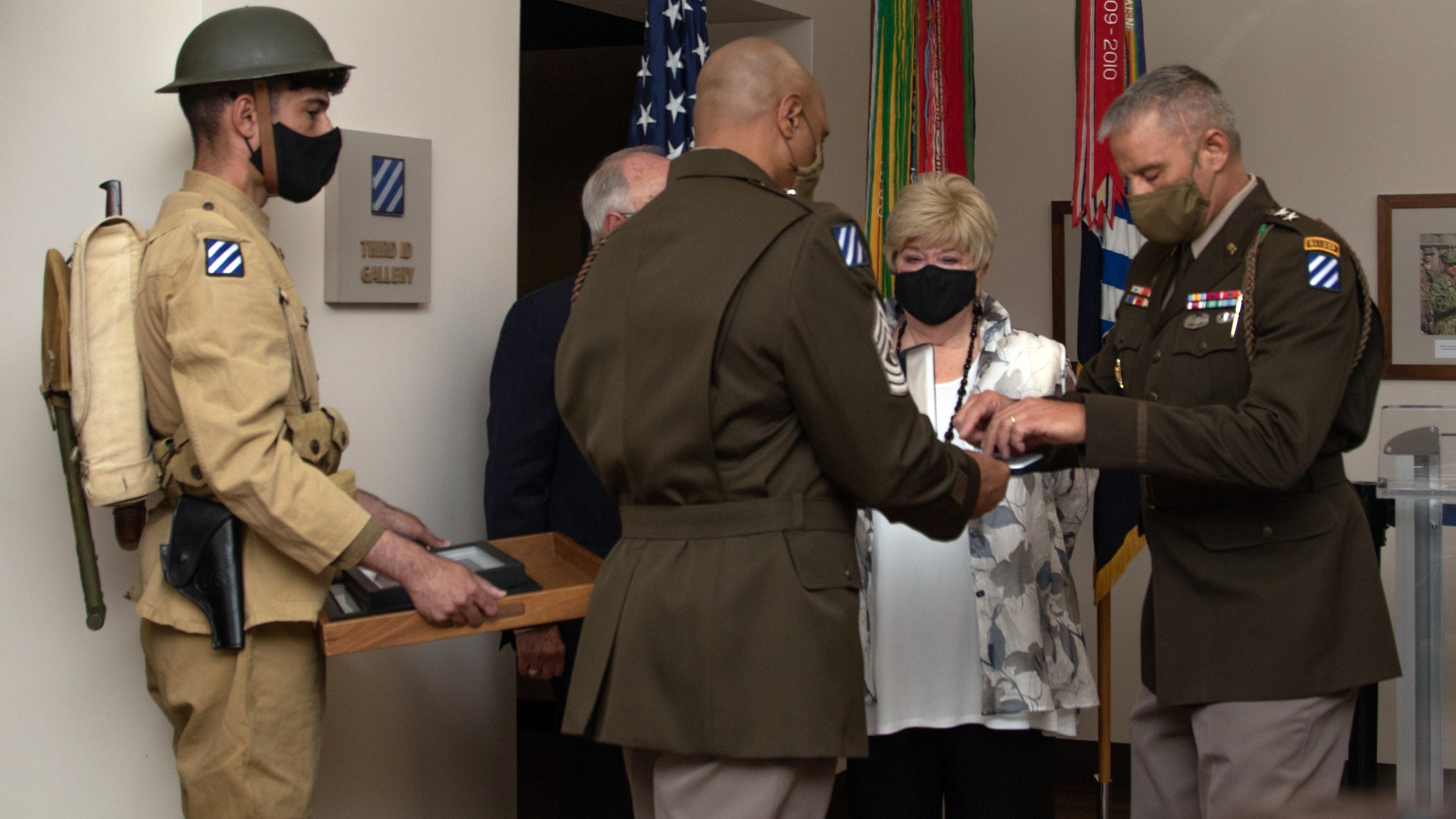 More than 100 years after 1st Lt. Thomas Beasley was killed in action in France, his family was presented with his Purple Heart and World War I campaign ribbon.

Beasley, a member of the 5th Infantry Brigade, 3rd Infantry Division, was fighting in the front-line trenches when he was killed Oct. 5, 1918, in the Argonne Forrest sector. He died just before his 23rd birthday, and his widow, who was pregnant at the time, only received a telegram informing the family of his death.

That changed Aug. 9 as Maj. Gen. Charles Costanza and Command Sgt. Maj. Quentin Fenderson, the commander and senior enlisted leader of the 3rd Infantry Division, presented the awards to Beasley’s granddaughter and the extended Beasley family during an emotional ceremony at Fort Stewart, Georgia.

“It’s overwhelming. It’s beyond belief. It’s really a miracle it happened,” Toups said, according to an Army news story. “The gratitude my family is feeling right now is truly indescribable. We will always be eternally grateful to the 3rd Infantry Division and to the U.S. Army, who truly never forgets its own.”

After his death, Beasley’s remains were interred at the Meuse-Argonne American Cemetery in France, and he is not alone. Of the more than 2 million U.S. service members who served in France during World War I, more than 68,000 are buried or memorialized in American cemeteries across France.

“You’ve heard about Tom from sort of a distant place,” Ronald Toups said. “When you hear about Tom Beasley the man, you get a total different dimension on what he meant to this family and why we emulate not just a fallen soldier, but a man I’d be proud to call a son, a brother and comrade in arms.”

Constanza said taking part in the ceremony meant so much to him and the Beasley family.

“I never thought in my 30-year career that I’d be part of something so special,” Costanza said. “To honor a soldier, even 103 years late, means so much not just to the family, but to the Marne Division as well.”