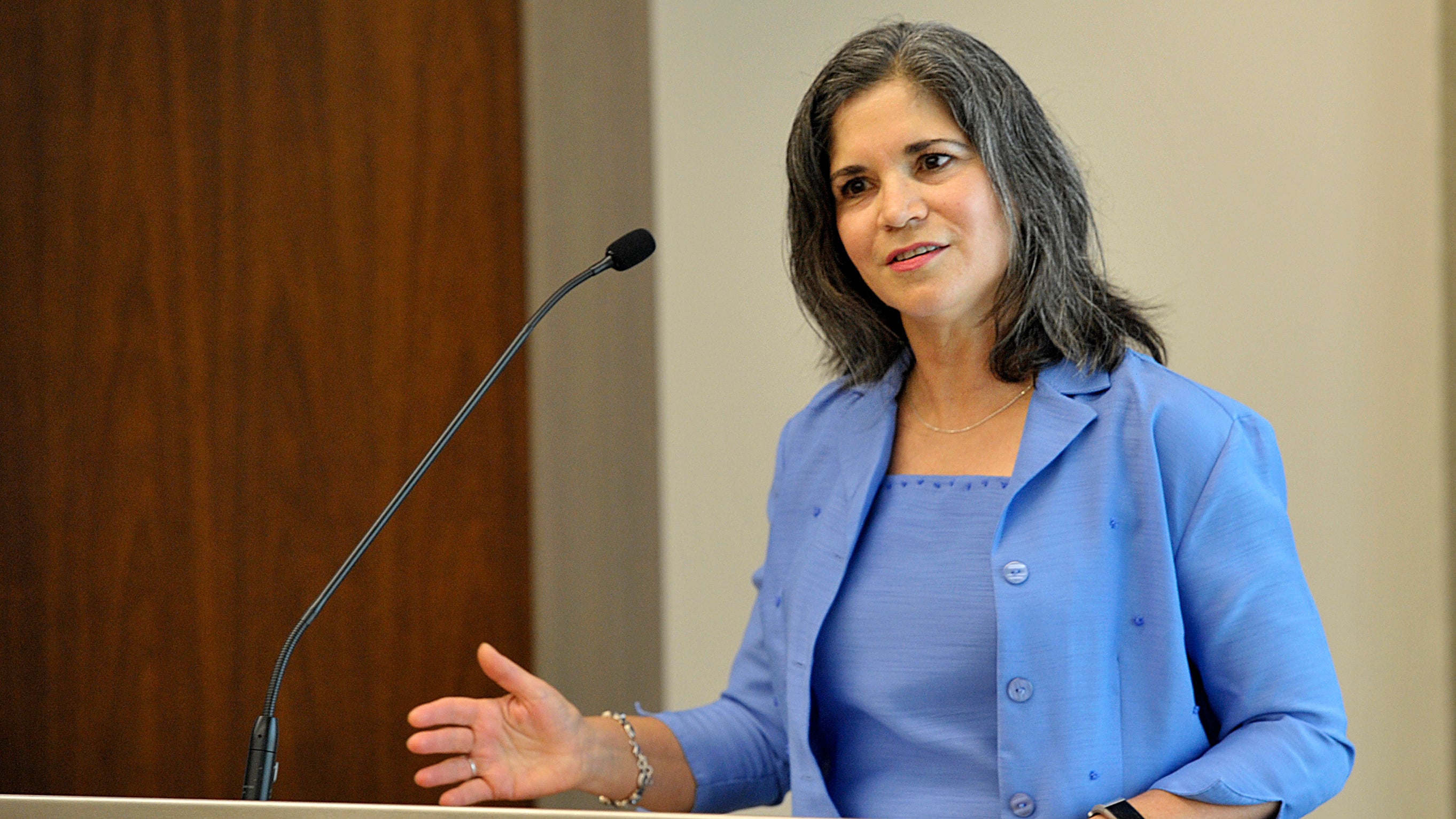 While women in the Army still face “many struggles” in achieving true gender equality, individual soldiers are making a difference in bringing change to the institution, the Army’s former top lawyer said.

“I believe it is our responsibility to grow the institution, and we do that by recognizing talent and bringing down the wall” of discrimination, retired Lt. Gen. Flora D. Darpino said Aug. 26 at an event hosted by the Association of the U.S. Army to mark Women’s Equality Day.

Women’s Equality Day commemorates the 1920 adoption of the 19th Amendment, which secured for women the right to vote. The historic event was the culmination of decades of struggle, and for many, the tide turned largely because of the courageous service of thousands of women during World War I, Darpino said.

Darpino, who retired in 2017 after 30 years of service, was the 39th judge advocate general of the Army and the first woman to hold the position. She recounted her experiences as a young officer in the Judge Advocate General corps when some male officers openly rejected accepting women on their staffs.

She persevered by doing a good job and recognizing that, while a commander may have discriminated against her for being a woman, others had promoted her.

“They had faith in me, and I knew they were all men and they sent me anyway,” Darpino recalled. “People talk about institutional discrimination, and I know there is still some in the Army, but the Army JAG corps has always supported women.”

Darpino said “there are still many struggles” for women, including among those who have chosen combat arms jobs, but the more women push for it, the more needed change will come about.

“They see a lot of the stuff that we saw, but they're strong. They know it's individuals that force change,” Darpino said, pointing out that women’s efforts to bring about change are complemented by changes in the way men are behaving as well. “You can tell people it's changed, but until individuals actually force change, it's not going to happen, and they're taking that on, and I think [the Army] is better.”