Winning the Next Fight is What Matters

Winning the Next Fight is What Matters 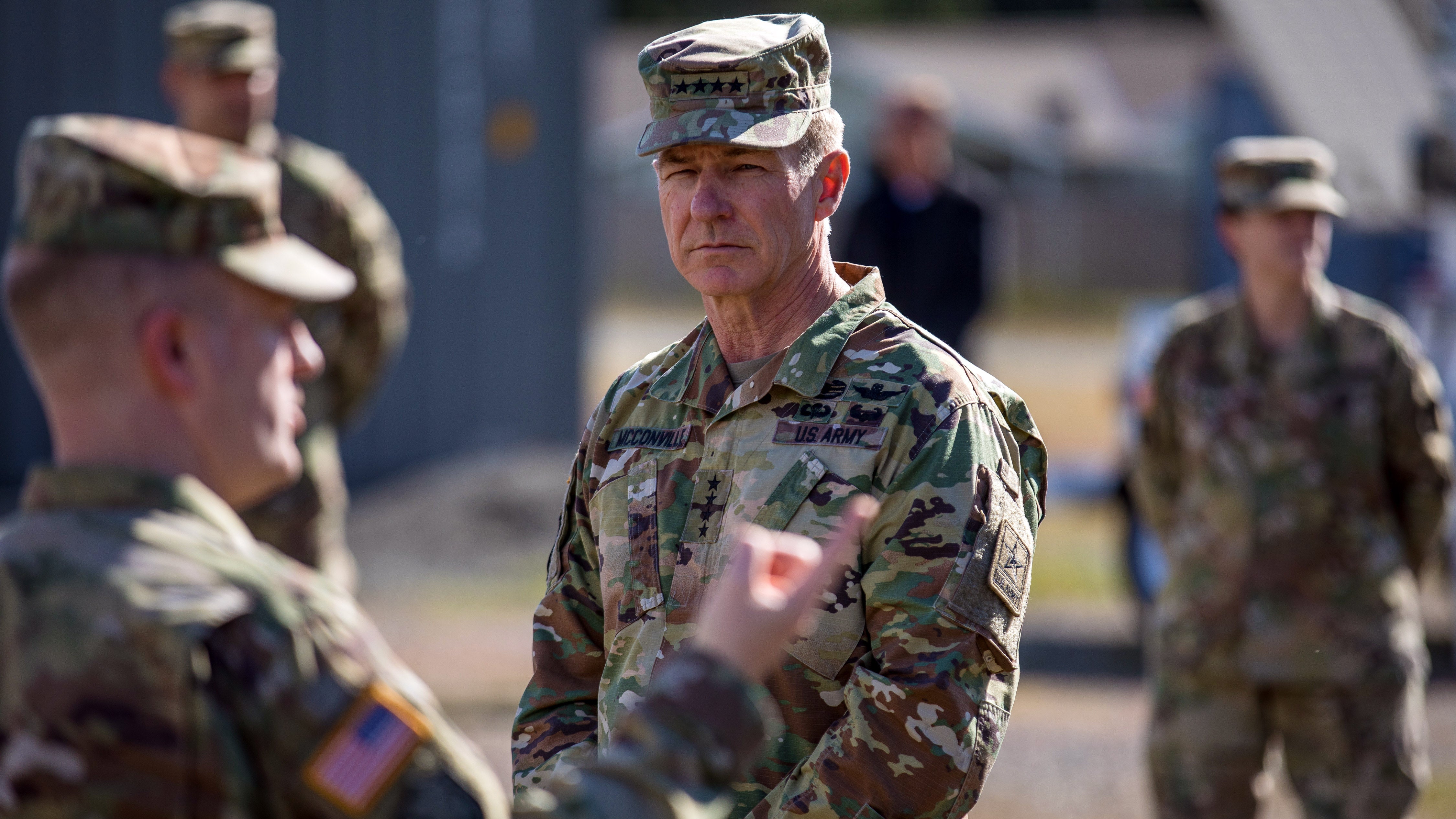 The Army is working with the other services to build a military that’s ready for tomorrow’s battlefield, Army Chief of Staff Gen. James McConville said.

“We all want to win,” McConville said. “We all bring different perspectives. Your view of the future fight may be different … but what we look at is we’re trying to provide options to combatant commanders, things that they can use.”

“There’s the old adage that generals always want to fight the last fight,” McConville said. “Quite frankly, we don’t. What we want to do in the Army is win the next fight.”

This means “a lot of experimentation and simulation” as the Army works to transform and modernize itself for great-power competition after years of counterinsurgency operations, he said.

“I keep coming back to the speed of the systems that we need, the range of the systems we need, this concept of convergence, where we bring together the sensors and shooters that are out there so we can provide lethal effects in tens of seconds vice tens of minutes,” McConville said.

The Army also must balance its pursuit of next-generation technology and equipment with maintaining the equipment it has today, he said. “What we need to make sure is we’re not keeping systems for systems’ sake, but they still have value in the future fight,” he said.

As the services come together, “there’ll be different opinions … but we’re really trying to work together,” McConville said. “The American people expect us to give them the best military they can get for the resources that are available, and that’s what we’re trying to do.”