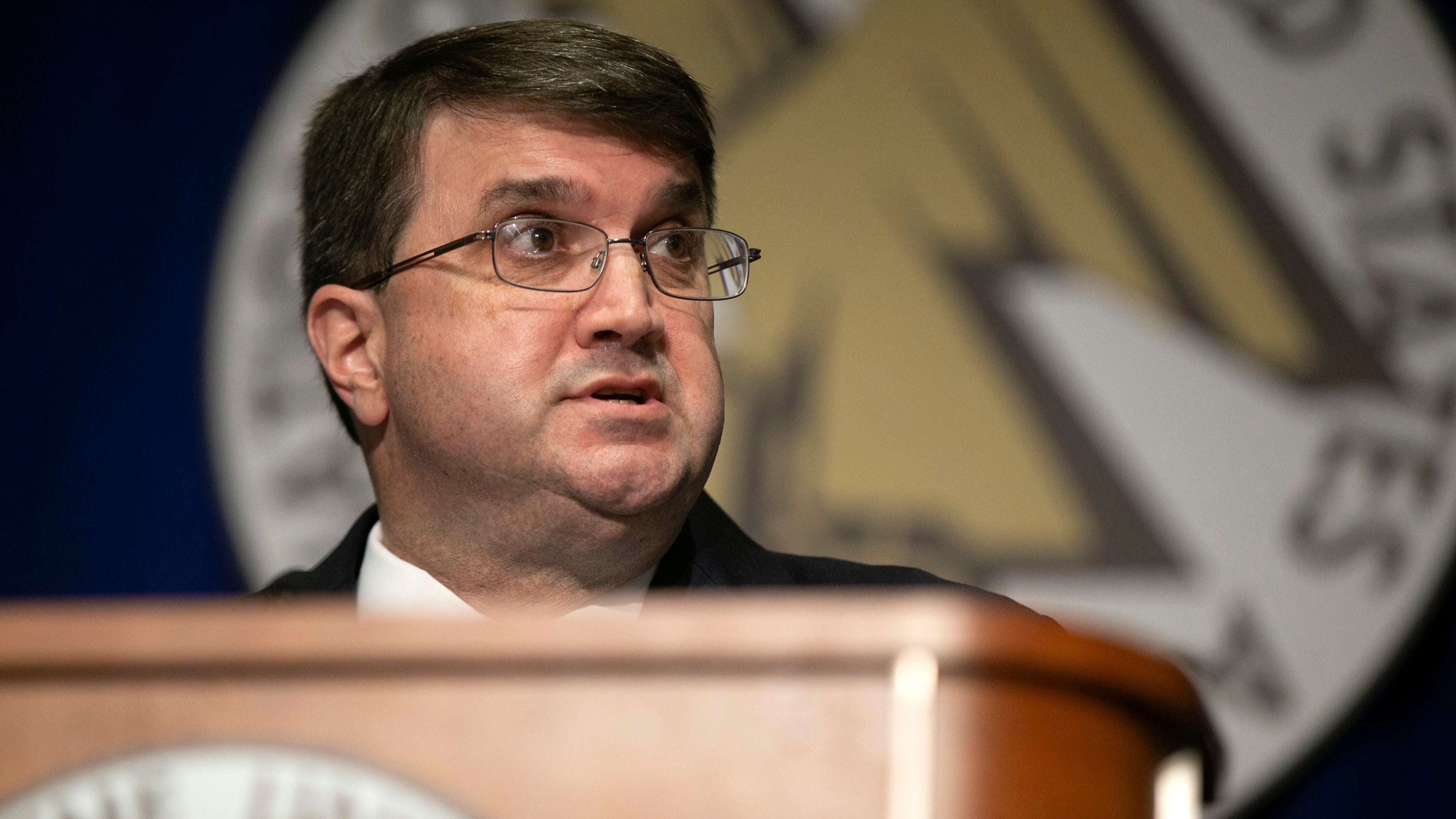 It’s everyone’s duty to take care of America’s veterans and “make sure we live up to Abraham Lincoln’s vision,” the secretary of Veterans Affairs said at the Association of the U.S. Army’s Annual Meeting and Exposition.

Speaking at the National Partners Luncheon Oct. 16, Secretary Robert Wilkie recounted stories of soldiers, past and present, as well as members of his own family who have served and suffered in America’s wars but sometimes faced difficult experiences when they returned home.

Their stories are “a history lesson to why the Department of Veterans Affairs exists,” Wilkie said, adding that President Abraham Lincoln charged during his second inaugural address in 1865 that it was the duty of all Americans “to care for him who has borne the battle and for his widow.”

Wilkie cited as an example his father-in-law, who served three tours in Vietnam and was seriously wounded. But when he came home from the hospital, he was unable to wear his uniform off post because of the strong anti-war sentiment in America at the time.

Wilkie also recalled that when his father-in-law retired, he carried around hundreds of pages of documents as the only record of his decade-plus of service. Now, thanks to efforts led by Army Chief of Staff Gen. James McConville, “soldiers will have an electronic record and will no longer face the possibility that those who have served would lose the record of their sacrifice,” Wilkie said.

The VA also “finally” has a 21st-century health care supply chain, eliminating the need for VA doctors to “run to a civilian hospital to get the medicines they need.”

Another key accomplishment is the Mission Act, which Wilkie called “the most transformational act since the G.I. Bill.” Passage of that bill means “soldiers, sailors, airmen and Marines no longer have to drive hundreds of miles to get to a VA facility,” but can go into the private sector for health care.

Wilkie also dismissed claims that the Trump administration is trying to privatize the VA, noting that he “presented to Congress, the largest budget in our history - $221 billion – supporting 400,000 employees, 170 hospitals and 1,200 clinics. Only in Washington, D.C., would that be called evidence that we are trying to privatize VA.”