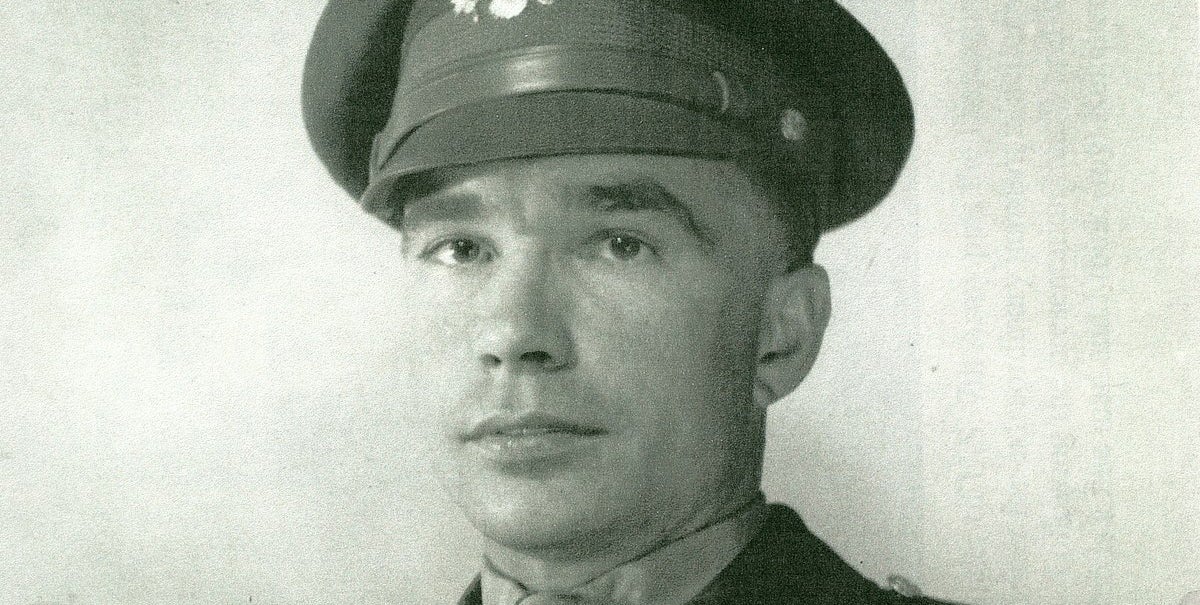 1st Lt. Garlin Murl Conner, a World War II intelligence officer who exposed himself to enemy fire so he could better direct artillery onto an approaching German assault, was posthumously awarded the Medal of Honor on June 26 at a White House ceremony.

With a promise that “we will never forget his story,” President Donald Trump presented the medal to Conner’s widow, Pauline Conner, who sat beside the president as Conner’s Medal of Honor citation was read. She was accompanied by several relatives for the afternoon ceremony in the East Room, along with the Army’s top leadership, previous Medal of Honor recipients and dozens of administration officials.

“Today we honor a Kentucky farm boy who stared down evil with the strength of a warrior and the heart of a true hero,” Trump said, sharing an anecdote relayed to him by Pauline Conner about the day the couple met. Standing 5 feet 6 inches tall and weighing 120 pounds, her late husband was not the huge man she had imagined a hero would be but, Trump said, they had a “great” marriage. “He was indeed a giant in his daring, his devotion and his duty. He was larger than life.”

A native of Aaron, Ky., and one of Kentucky’s most decorated heroes, Conner spent 28 months in combat and was awarded the Distinguished Service Cross, four Silver Stars, a Bronze Star Medal and three Purple Hearts. Assigned to the 3rd Infantry Division’s 3rd Battalion, 7th Infantry Regiment, Conner is credited with killing some 50 enemy soldiers, wounding about 100 and preventing heavy casualties among soldiers in his unit during a Jan. 24, 1945, battle near Houssen, France.

To keep his battalion from being overrun, Conner ran 400 yards into the assault under heavy fire to get a better position from which to direct artillery on advancing enemy troops. Unrolling telephone wire the whole way, he dove into a ditch and began to call fires on the enemy, enduring an onslaught of German infantry, tanks and tank destroyers. After three hours and with German troops within 5 yards of his position, Conner called in artillery on his own position to stop the advance.

Conner was scheduled to go home shortly after the battle. Instead of nominating him for a Medal of Honor, a citation was prepared for a Distinguished Service Cross so “he could go home wearing a DSC,” retired Maj. Gen. Lloyd Ramsey, the former battalion commander, said in a letter submitted to the Army Board for Correction of Military Records when an effort was made to elevate the award.

Conner died in 1998 at the age of 79, but efforts to elevate the award continued. His widow continued to appeal. Finally, in 2015, the board decided—partly based on rediscovered eyewitness statements—there was enough evidence to warrant a Medal of Honor, and the 2018 National Defense Authorization Act included a provision waiving the statute of limitations on reopening the case.